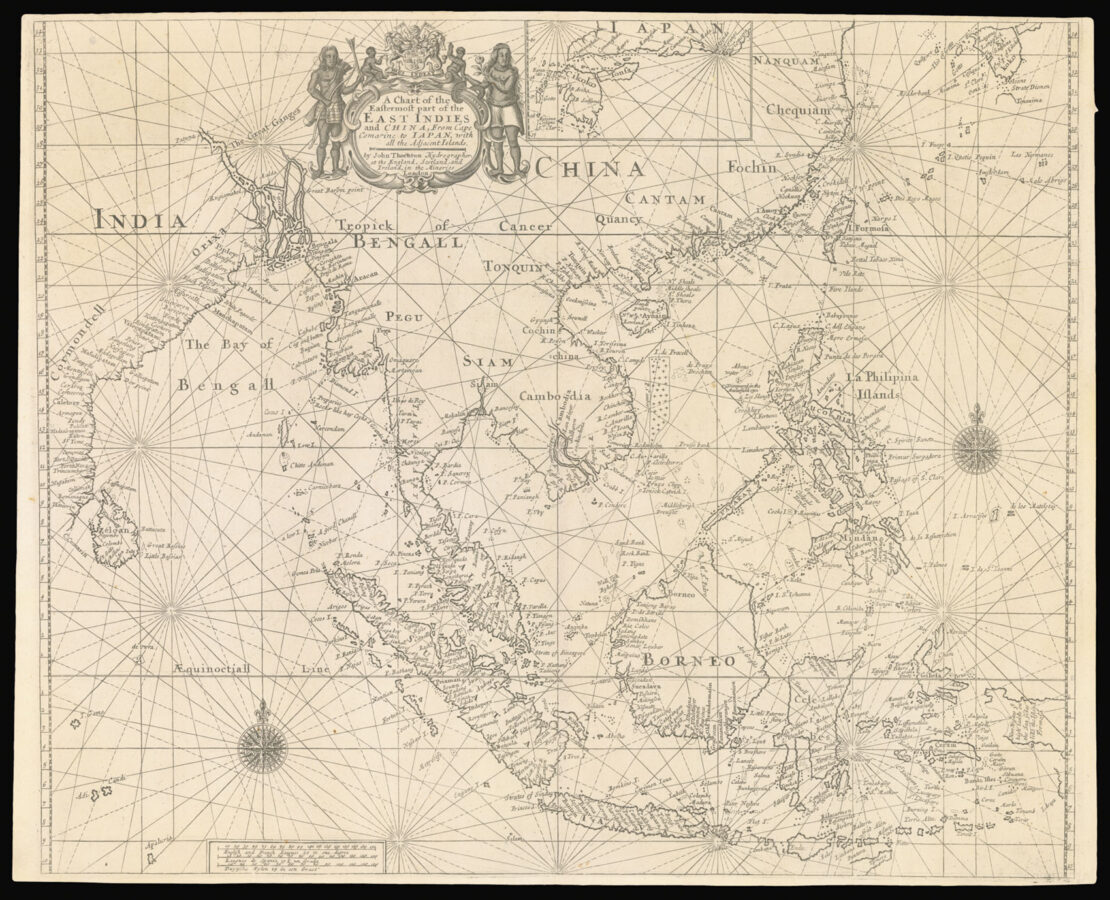 The first state of Thornton’s chart of the East Indies, published in his ​‘English Pilot: The Third Book… the Oriental Navigation’, the first printed sea atlas devoted to Southeast Asia and the East Indies.

The great ​‘English Pilot’ project had been started by John Seller in 1671, with a fragmentary edition of the ​‘Oriental Navigation (Third Book)’ published in 1675. Seller’s financial troubles, however, precluded any further editions, and it was not until four years after his death, in 1701, that another fragmentary ​‘Third Book’ was reissued by Thomas Mount and William Page, whom had probably acquired the plates and text from Seller’s one time business partner William Fisher.

It would not be until 1703, when John Thornton published a rival edition, that a complete seaman’s guide and set of printed charts for navigation to and in Southeast Asia was bought to market. Thornton was part of the consortium that had overseen the publication of the first edition of 1675, and his position as hydrographer to the East India Company (E.I.C.) meant he had a ready supply of charts of the area. In fact we know that Thornton had access to some of the most up-to-date charts of the region, due to a collection of 17 manuscript charts signed by him, now housed in the BnF. The charts are most likely those taken from the East Indiaman, the Canterbury, by two French ships off Malacca on 20 December 1703. The charts enable us to reconstruct most of the source material for the works Southeast Asian section. Some of the charts such of those of the Hugli River, and the Bay of Amoy, draw on English voyages and surveying, however, the majority are based on manuscript surveys by Blaeu, hydrographer to the Dutch East India Comapny (VOC). It is unclear how the Thornton gained access to such highly secret maps, however, Mlle de la Roncière, suggests that ​“the reign of William III, King of England and Stadtholder of the United Provinces, might have facilitated exchange between the two rival companies [ie the V.O.C. and the E.I.C.]”.

However Thornton acquired the new cartographic information, the present chart show a marked improvement on the charts published by Seller, and is one of the most accurate and up-to-date maps published at the time.

His son Samuel Thornton took over the publication after his father’s death in 1708, and produced a new edition in 1711. Few changes were made to the actual content of the maps, although John’s name was replaced with Samuel’s in the cartouche. After Samuel’s death in 1715, the plates were acquired by William Mount and Thomas Page. The work would continue to be published up until 1761, and James Cook is known to have taken a copy on his first voyage, even using it to navigate the coasts of Java.

The present map is an example of the first state with the imprint of John Thornton. We are unable to trace any other example of this state appearing at auction. Worldcat and COPAC record no institutional examples of this state separate from the atlas. We are only able to trace four copies of the 1703 pilot in institutions: The British Library; The Admiralty Library; The National Maritime Museum; and the Maritime Museum Rotterdam. 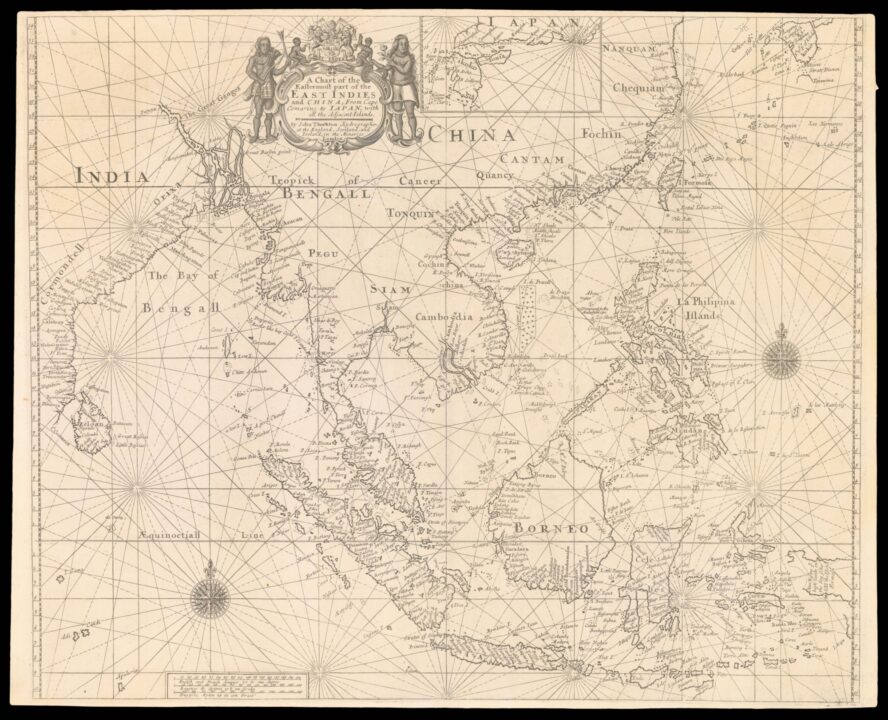 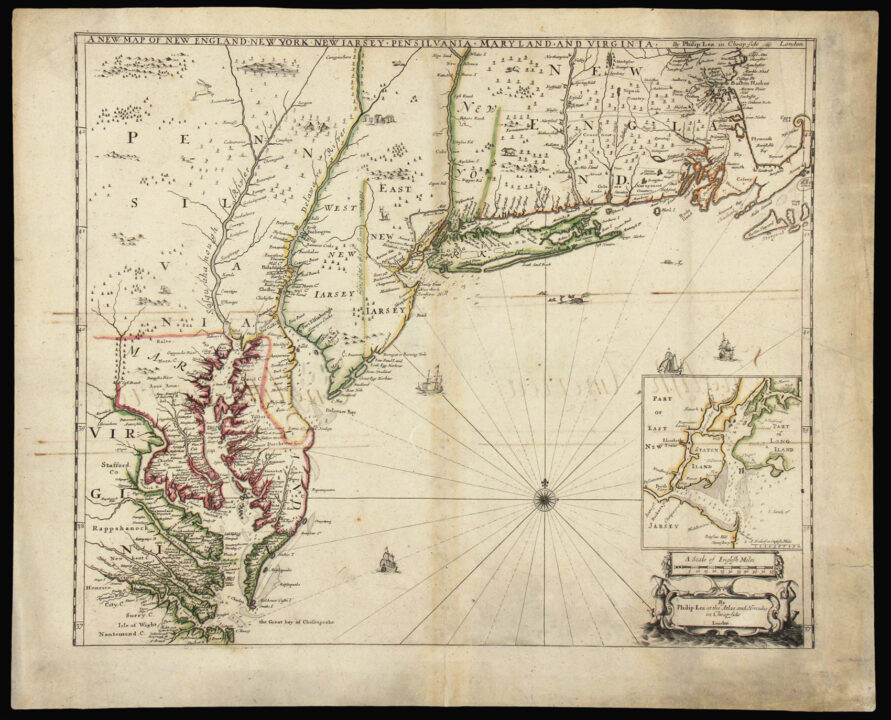