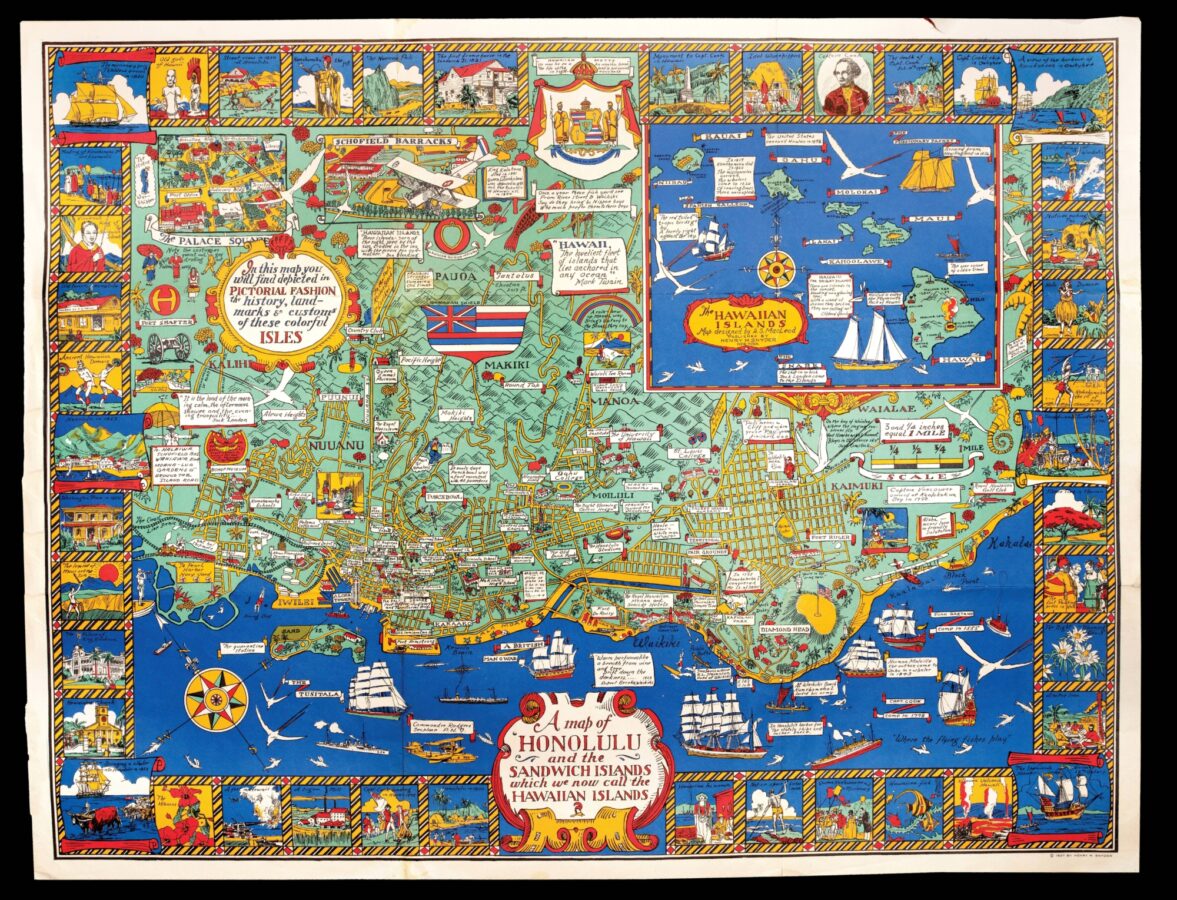 The rapid urbanisation of Honolulu

A Map of Honolulu and the Sandwich Islands, which We Now Call the Hawaiian Islands

Pictorial map of Honolulu, with an inset of the Hawaiian Islands, the Palace Square, and Scofield Barracks, all surrounded by a border of vignettes of historical landmarks and events, as well as more current ones.
​“In this map, you will find depicted in pictorial fashion the history, landmarks & customs of these colorful isles. A map of Honolulu and the Sandwich Islands which we know call the Hawaiian Islands”.
MacLeod’s busy map records many historical events, but also notes the rapid urbanization of the Honolulu in the 1920s, including the brand new Honolulu stadium that was completed in 1926.
MacLeod first arrived in Hawaii in 1921, where he worked for the magazine ​‘Paradise of the Pacific’ and the local papers, ​‘The Honolulu Advertiser’ and the ​‘Honolulu Star-Bulletin’. After nearly ten years there he returned to his home country of Canada. In 1939 MacLeod was back in Hawaii, as the director of the graphic art department for the United States Army in the Pacific. His book of Hawaiian prints ​‘The Spirit of Hawaii, Before and After Pearl Harbor’, was published in 1943.