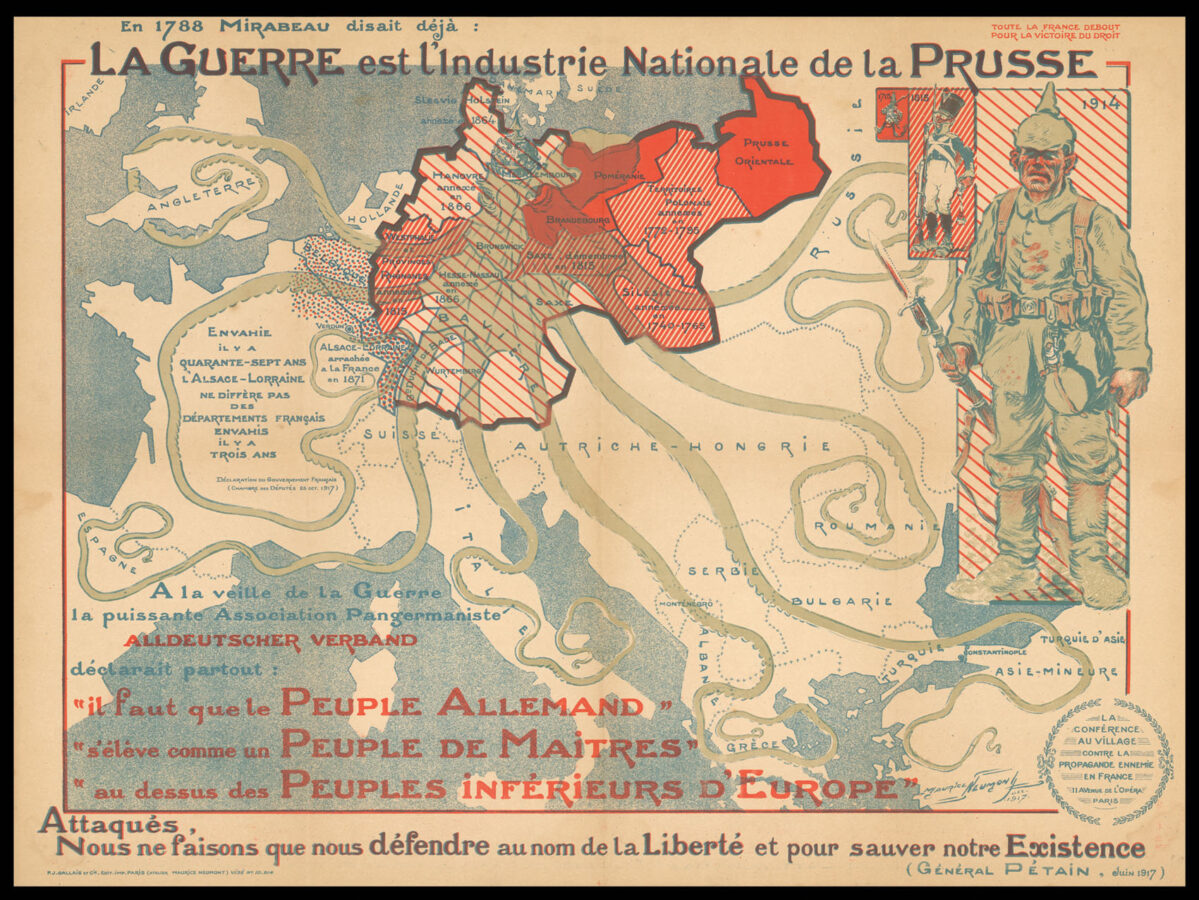 Prussia is depicted as a monstrous octopus, with its tentacles encompassing all the states of Europe. Her rise is charted from 1715 to 1914, with her territorial acquisitions marked and dated. Occupied Belgium and Alsace-Lorraine are marked by blue and red dots. To the right are depictions of Prussian soldiers in 1715, 1815, and 1914. A great deal of text dominates most of the map, depicting Prussia as the bellicose aggressor, with France defending her liberty.

The text upon the map is translated below:

​“All France stand up for the victory of right. In 1788 Mirabeau was already saying ​‘War is Prussia’s national industry’. Invaded 47 years ago, Alsace-Lorraine is no different from the French departments invaded three years ago — Declaration by the French government (Chamber of Deputies, 25 Oct. 1917). Alsace-Lorraine seized from France in 1871. On the eve of the War the powerful Pan-Germanist Association, the ​‘Alldeutscher Verband’, declared on all sides: ​‘The German people must rise as a nation of masters above the inferior nations of Europe’. Village lectures countering enemy propaganda in France [address]. Under attack, we are merely defending ourselves in the name of Liberty and to preserve our lives — General Pétain, June 1917. P.J. Gallais and Co., Publishers and Printers, Paris. Maurice Neumont Studio.”