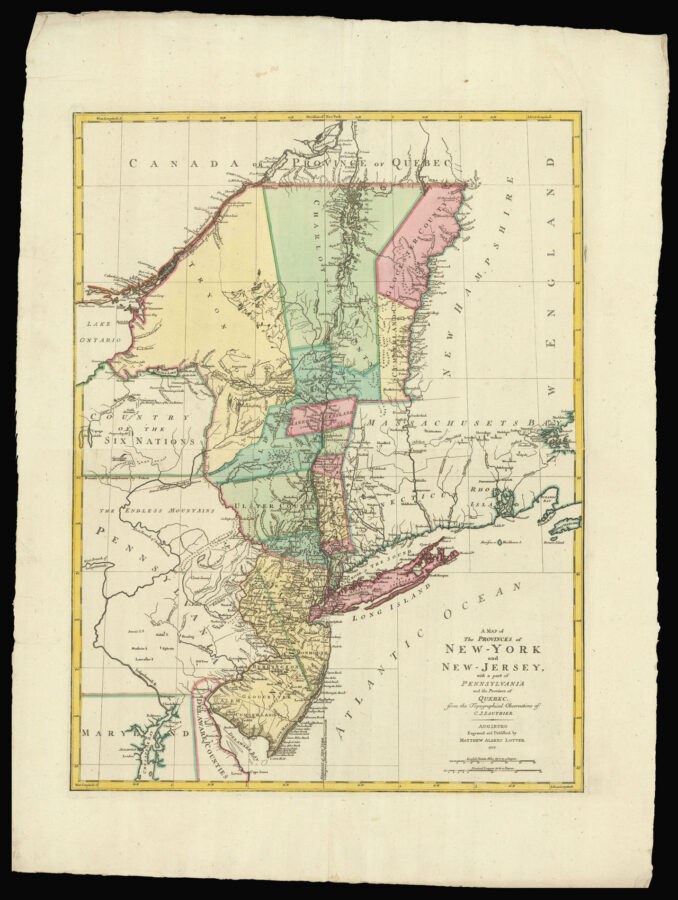 The Provinces of New York and New Jersey

A Map of the Provinces of New York and New Jersey

This map afforded British commanders during the Revolutionary-War an excellent overview of areas that would be crucial in the early years of the war, in particular the Hudson Valley and Lake Champlain areas. Likewise, New Jersey is well-delineated for the period.

The map first appeared in London the year before this edition. Lotter issued in Germany a number of English maps relating to America and the Revolution, probably because of interest aroused by the large number of German troops involved in the conflict.