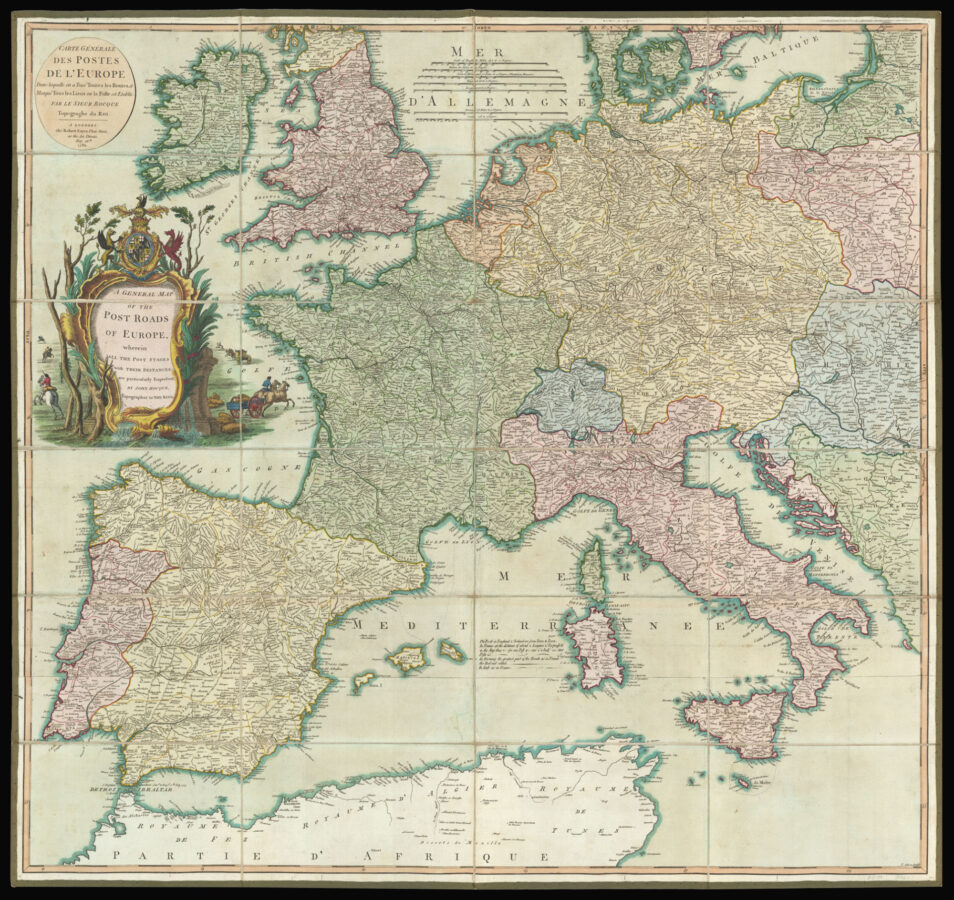 A General Map of the Post Roads of Europe wherein all the post stages with their distances are particularly expressed.

A fine example of one of the earliest post road maps of Europe.

The map extends north to south from Edinburgh to the Straits of Gibraltar, and west to east from Portugal to Cadiz. In England and Ireland the distance between towns are in miles. On the continent roads are marked every 2 leagues, with the number of Posts: one, one and half, and two. The scale bars provide for measurement in English miles, Italian miles, Irish miles, two types of league, and German miles.

Originally published by John Rocque in 1758, this is a rare later issue published by Sayer with just the Cambridge and British Library copies listed on Copac.