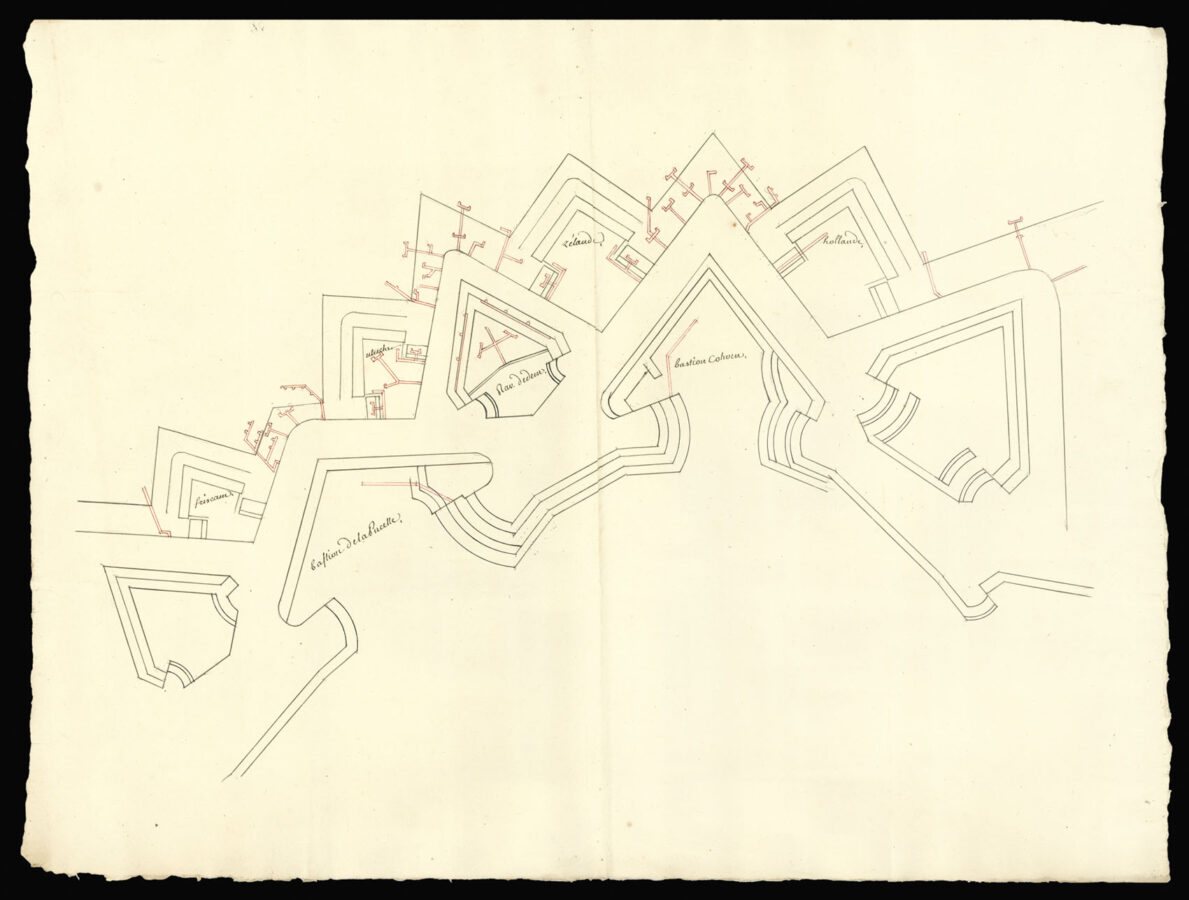 The plan shows the area of Berg-op-Zoom between the Bastions Pucelle and Coehoorn. Delineated in read are the subterranean passages within the fortifications.

At the time of the siege, the fortress town of Bergen-op-Zoom had ten bastions covered by five hornworks, or demi-bastions connected by a curtain wall. The intervals contained twenty one ravelins which were covered by stone lunettes. The environs were marshland.

The capture of the city would be a signal defeat for the Dutch during the Austrian War of Succession, and it would open the door for an invasion of the Dutch Netherlands.