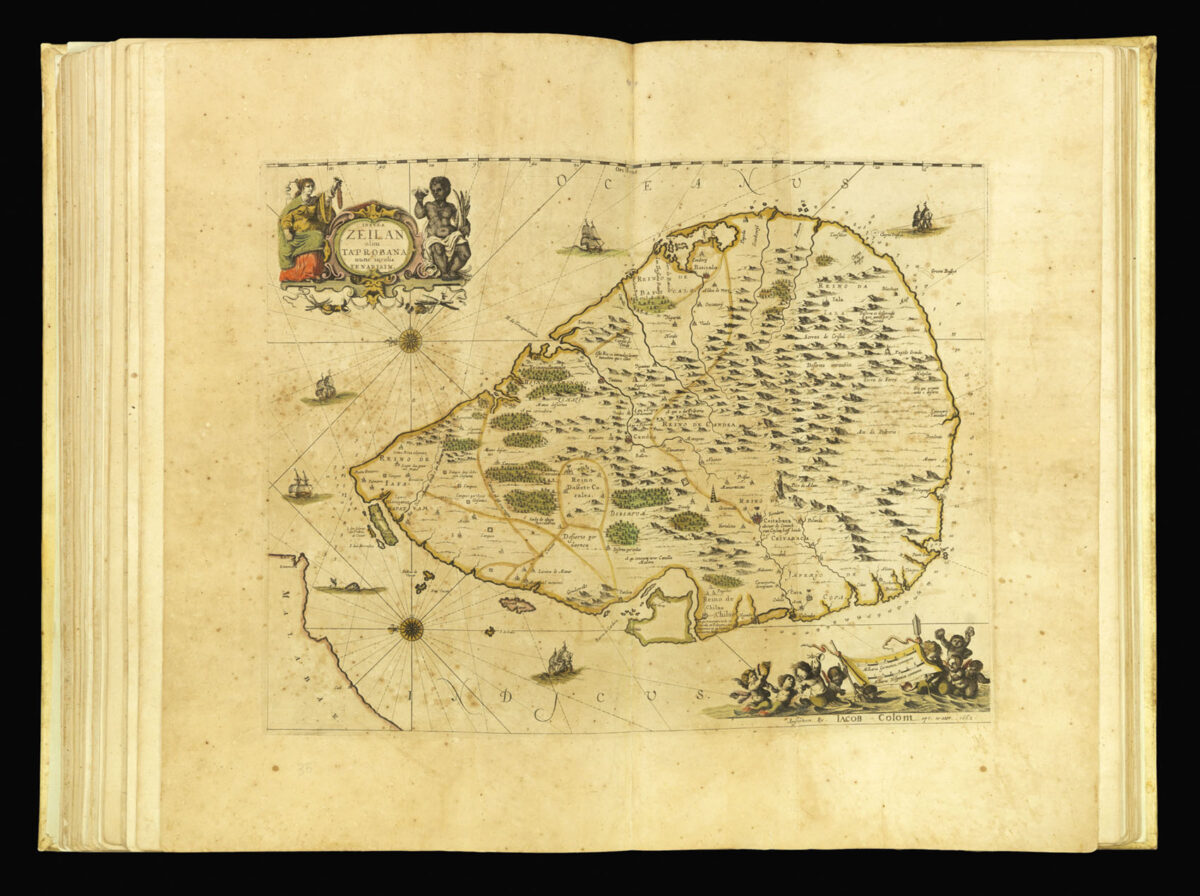 The phantom island of Taprobana

A chart of the phantom island of Taprobana, first identified by the Ancient Greek geographer Megasthenes. The name was used for a large island in the Indian Ocean by Claudius Ptolemy in his ​‘Geographia’, and it has been identified at various points as Sri Lanka or Sumatra. It appeared in travel accounts throughout the early modern period, usually with tales of its fabled wealth and the peculiarities of its inhabitants.