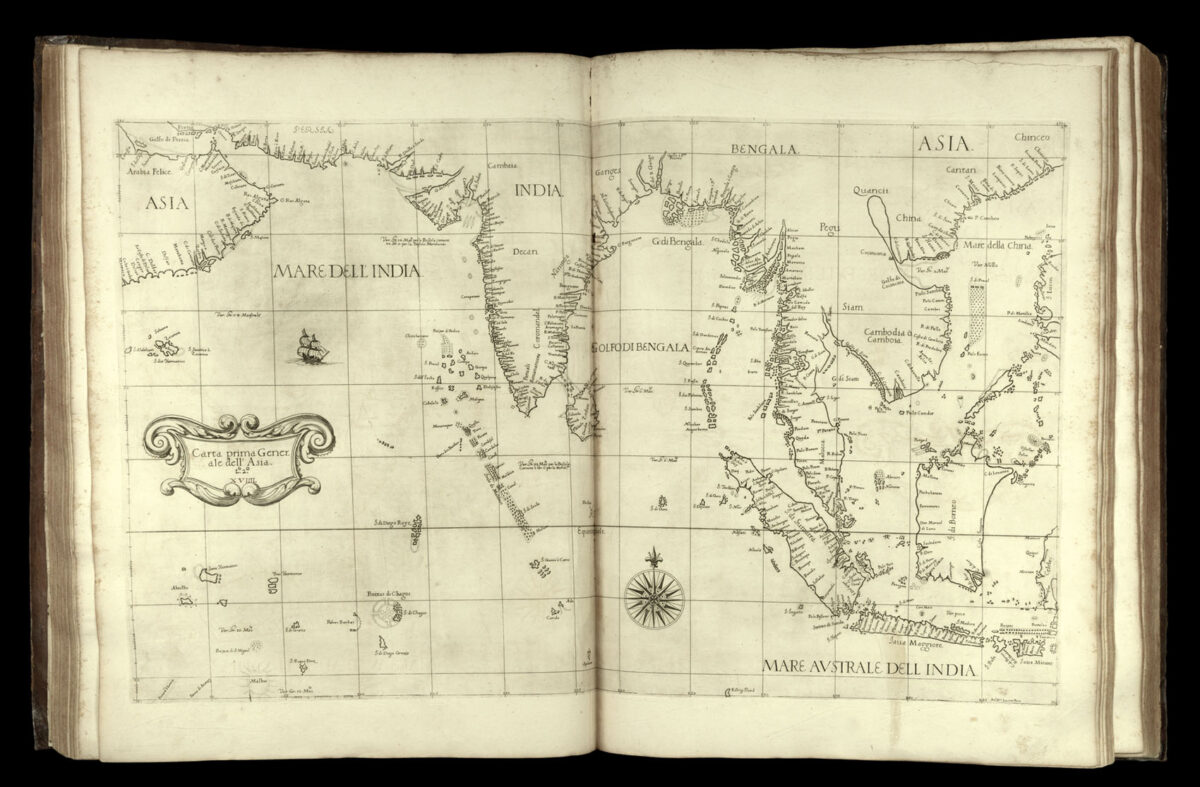 The Persian Gulf and Indian Ocean

Very detailed map showing the Persian Gulf and Indian Ocean and surrounding countries from Saudi Arabia to Malaysia and the Philippines. It shows the coast of China as far as present-day Hong Kong.