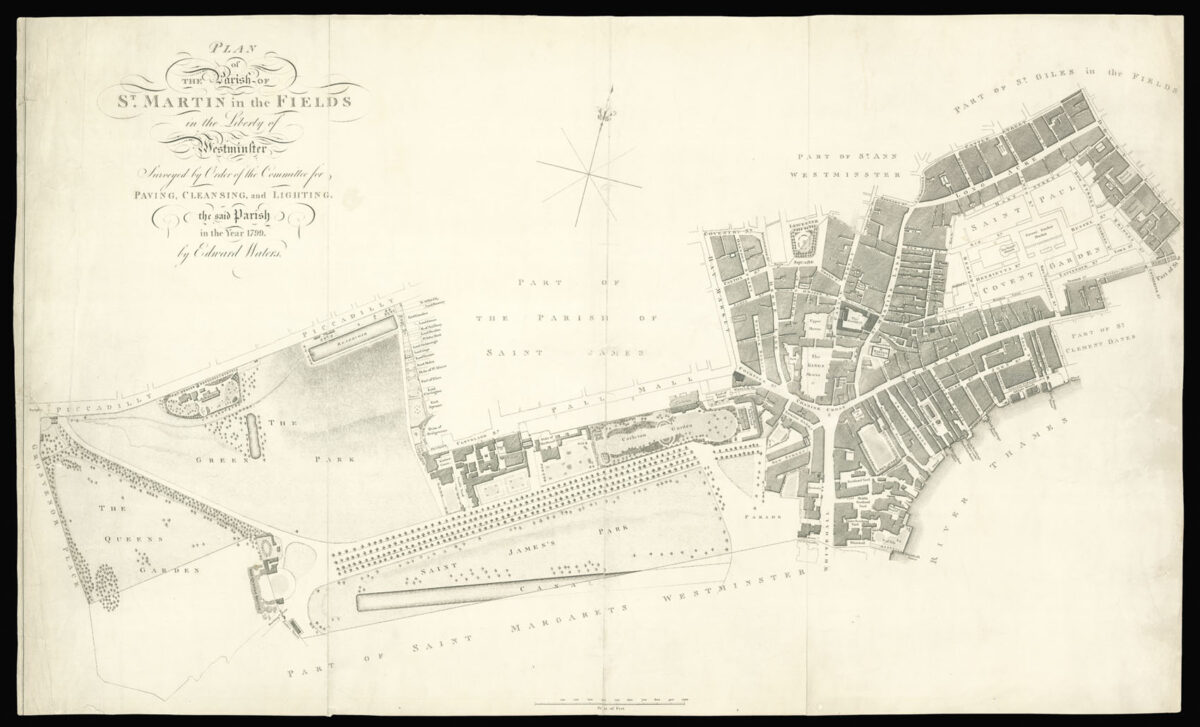 The Paving of the Parish of St Martin in the Fields

Plan of the Parish of St Martin in the Fields in the Liberty of Westminster Surveyed by Order of the Committee for, Paving, Cleansing, and Lighting, the said Parish in the Year 1799, by Edward Water.

Rare and detailed plan of the London Parish of St Martin in the Fields.

The plan, upon a scale of 250 feet to one inch, stretches from Hyde Park Corner to just east of Covent Garden; and shows buildings, roads, parks, gardens, trees, stairs; and names prominent stately homes, most notably those facing the east side of Green Park.

The plan was commissioned by the Westminster Paving Commissioners, in order to facilitate the paving, cleansing and lighting of St Martin in the Fields. The commissioners were a relatively new body, having been empowered by the Westminster Paving Act of 1762, to undertake the paving of new streets according to a systematic plan, that was under collective administration and funded by a uniform poundage rate on all occupiers. They also had responsibility for the cleaning, and lighting of the streets, which had previously been vested in the Churchwardens and Governors and Directors of the Poor Law.

The present example would appear to be an unrecorded second state with the title re-engraved and Waters imprint removed, but before the addition of William Faden’s imprint.