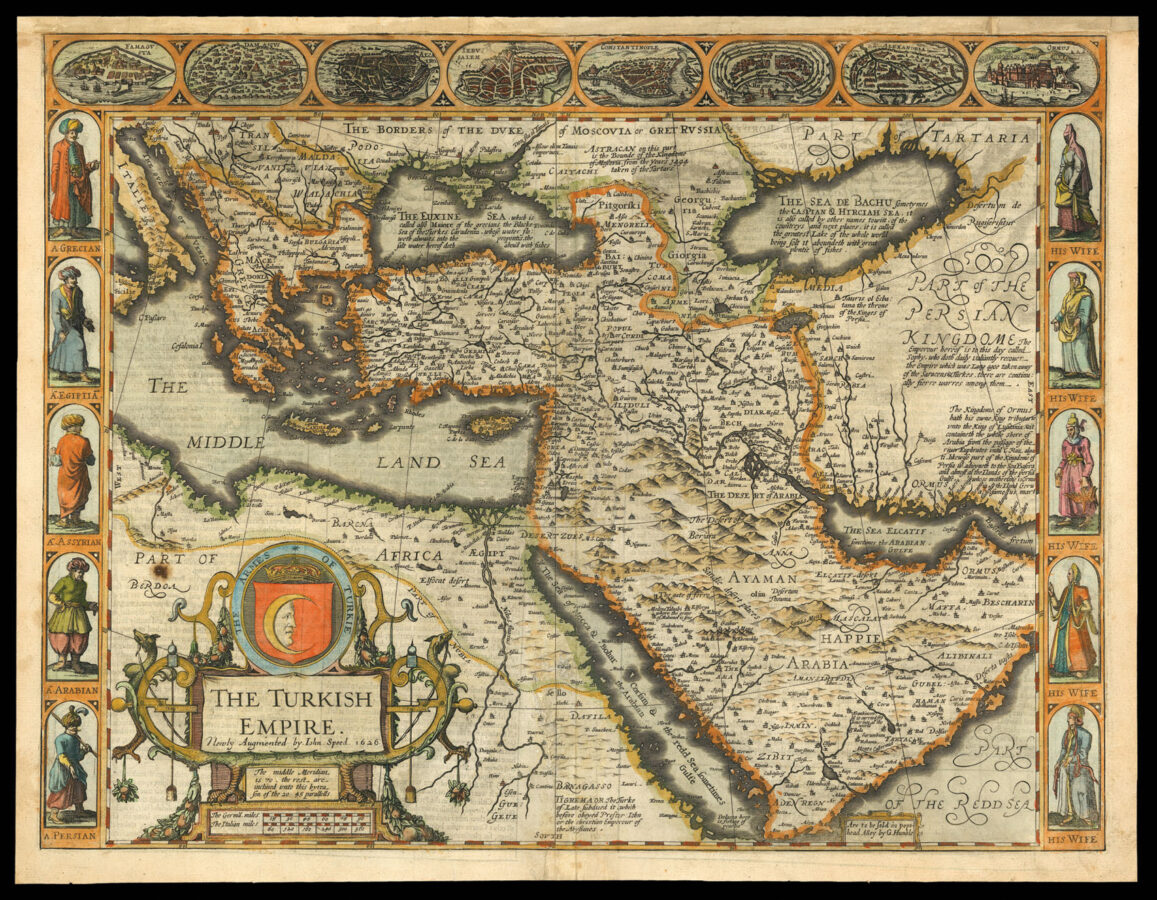 A map of the Ottoman Empire covering Turkey and parts of the Middle East. The decorative border contains views of major cities and people in native costumes, although, surprisingly, none of them are labelled as Turkish. The elaborate dragon title cartouche carries a shield with fanciful Ottoman arms. After a long period of supremacy in eastern Europe, a symbolic defeat at the Battle of Lepanto in 1571 had damaged the Ottoman Empire’s image. When this map was drawn, prolonged warfare with Habsburg Austria had placed further strain on the state, although it continued to rule successfully over thirty million people. European thought often dismissed the Ottoman Empire as nothing more than strength in numbers, as shown by the inscription in the margins reading:“The Turk is admired for nothing more than his sudden advancement to so great an empire”.