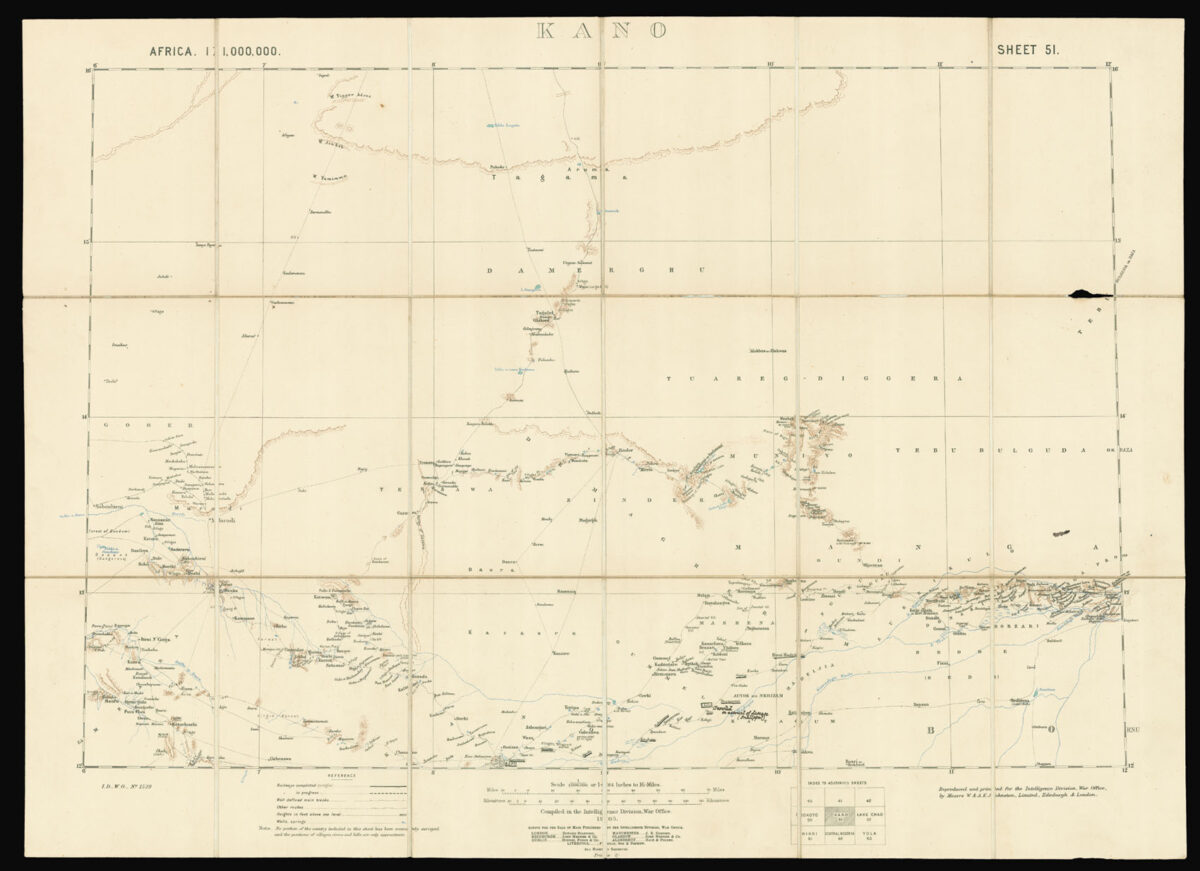 By INTELLIGENCE DIVISION OF THE WAR OFFICE, 1903

The maps were published during the short-lived ​‘Northern Nigerian Protectorate’. Northern Nigeria was a British protectorate which lasted from 1900 until 1914 and covered the northern part of what is now Nigeria. The protectorate spanned 660,000 square kilometres (255,000 sq mi) and included the states of the Sokoto Caliphate and parts of the former Bornu Empire, conquered in 1902. The first High Commissioner of the protectorate was Frederick Lugard, who suppressed revolutions and created a system of administration built around native authorities. The Protectorate was ended on 1 January 1914, when its area was unified with the Southern Nigeria Protectorate and the Lagos Colony, becoming the Northern Province of the Colony and Protectorate of Nigeria.

The Berlin Conference of 1884 and 1885 provided the area that would become the Northern Nigeria Protectorate to the British. The Royal Niger Company was formed in 1886 with George Taubman Goldie as the vice governor. The Company negotiated trade agreements and political agreements, sometimes coercive, with many of the chieftains, emirs, and the Sokoto Caliphate. In 1897, Frederick Lugard was the appointed head of the West African Frontier Force which was tasked with stopping Fulani resistance and possible French incursions in the northwest area.

On 1 January 1900, the Royal Niger Company’s charter was revoked and the British government took control, in a ceremony where Lugard read the proclamation. The Royal Niger Company was paid £865,000 and was given the rights to half of all mining revenue in a large part of the areas for 99 years in exchange for ceding the territory to the British government. Lugard was appointed the High Commissioner of the newly created Northern Nigeria Protectorate. Lokoja was the capital from 1900, but Zungeru, marked ​“Site of New Cantonment” on the Central Nigeria sheet, became the headquarters for the protectorate in 1902 because it was the most northerly city accessible by river transport.

Military operations began in 1902 and continued for about five years of sporadic fighting. The remnants of the Bornu Empire were conquered in 1902 and the Sokoto Caliphate and the Kano Emirate were taken over in 1903. Fighting continued in 1904 in Bassa. In 1906 a large Mahdist revolution began outside of the city of Sokoto in the village of Satiru, a combined force of the British and the British-appointed Sultan of Sokoto, Muhammadu Attahiru II, destroyed the town and killed most residents involved.[1][3] After 1907 there were fewer revolts and use of military force by the British and the focus of the High Commissioner turned toward taxation and administration.

The present group of maps are marked with extensive contemporary annotations, especially to the Central Nigeria, Nikki, and Kano sheets. The Central Nigeria sheet shows a military campaign of 1909 with routes marked, settlements underlined, and battles highlighted. The new territorial capital Zungeru is named ​“Site of New Cantonment”, and underlined in manuscript; to the lower right is a list in manuscript, of dates and places. As well as the annotations the maps show completed railways, railways under construction, main tracks, other routes, height of ground in feet, rivers, and wells. Each sheet, also comes with the caveat that: ​“No portion of the country included in this sheet has been accurately surveyed and the positions of villages, rivers, and hills are only approximate.”. That is except for the Nikki map, which states that the Anglo-French boundary, marked on the map, was surveyed by a joint commission in 1900. 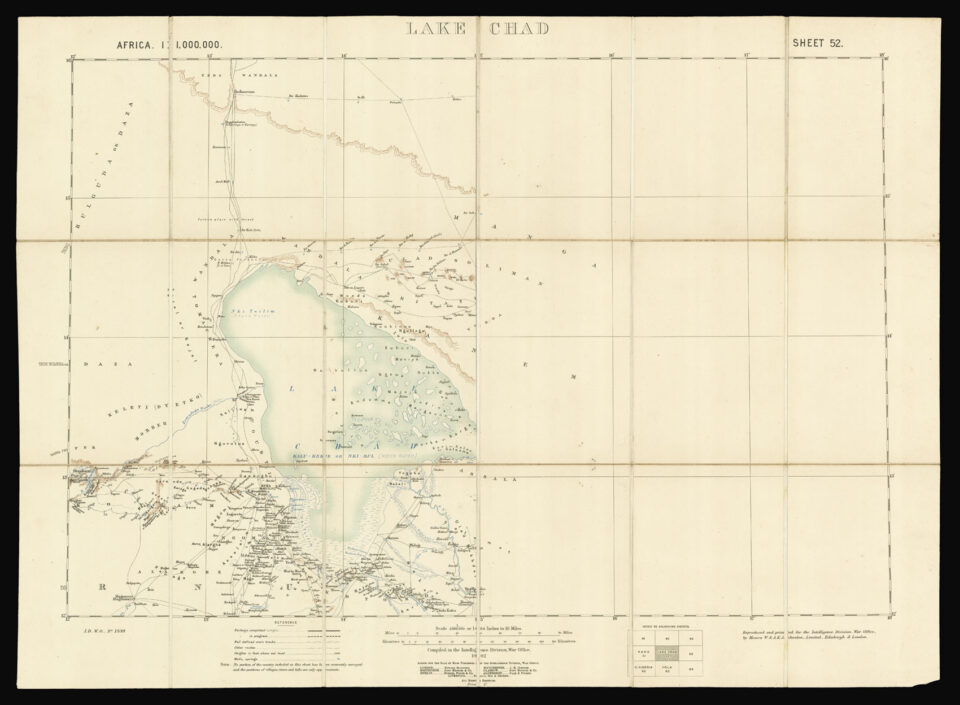 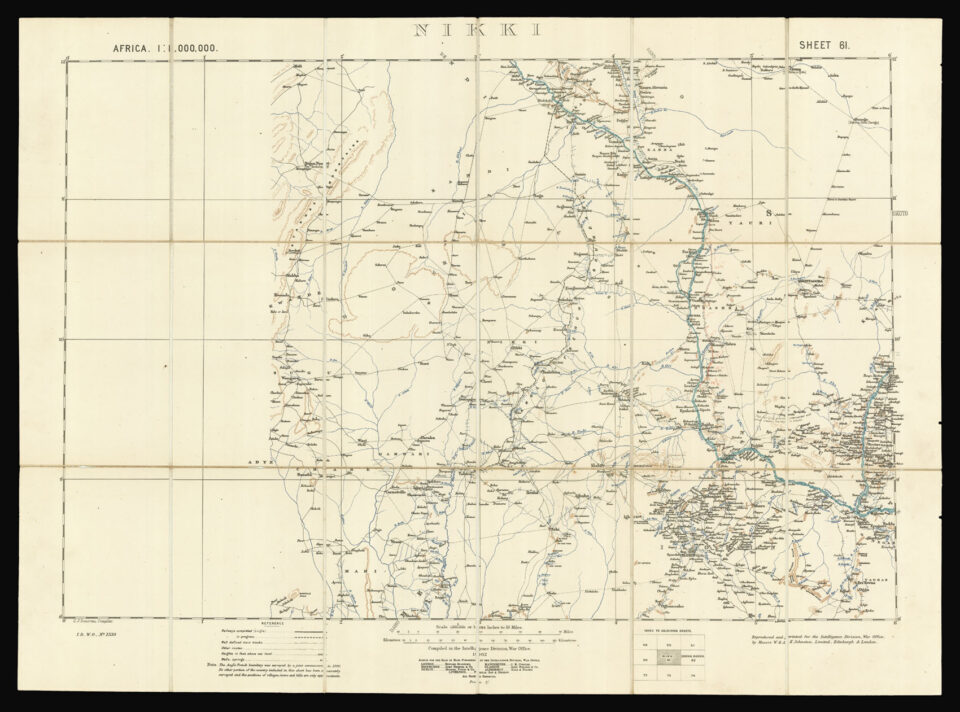 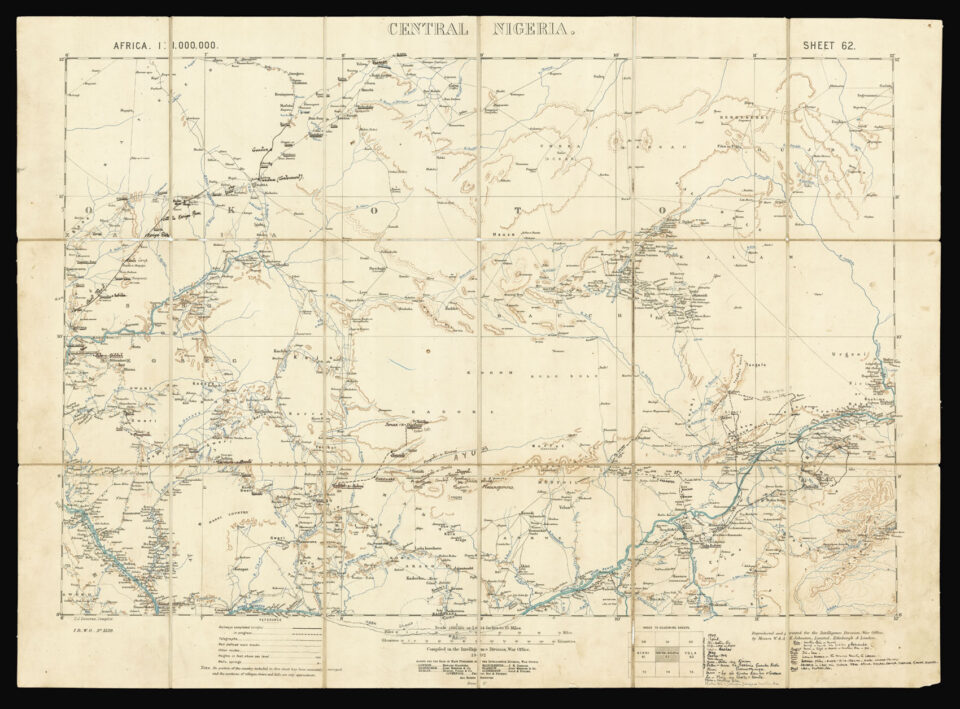 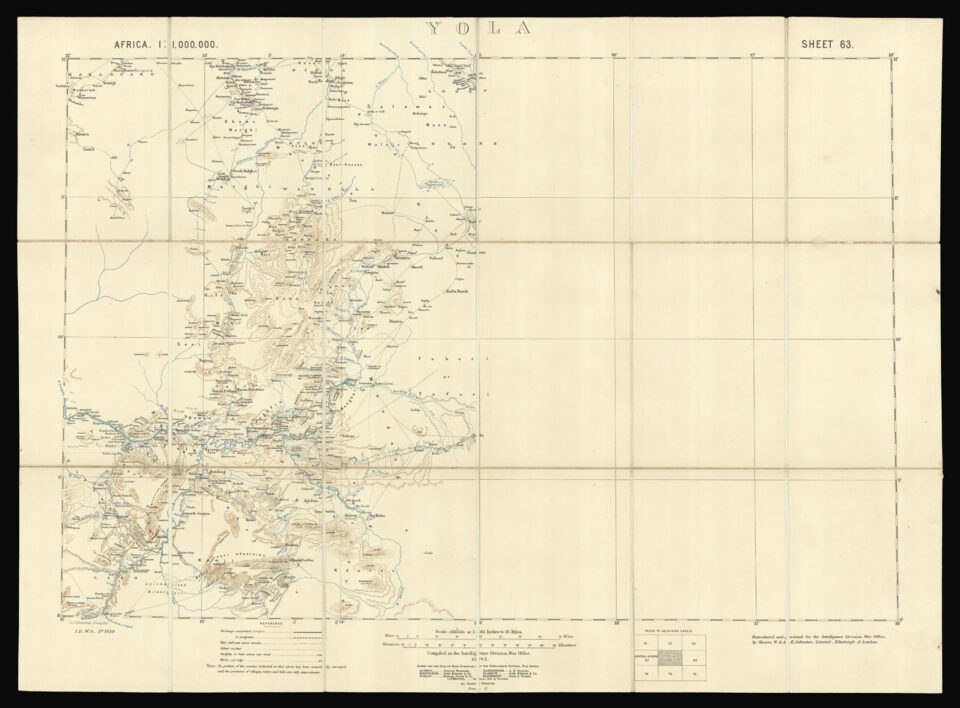 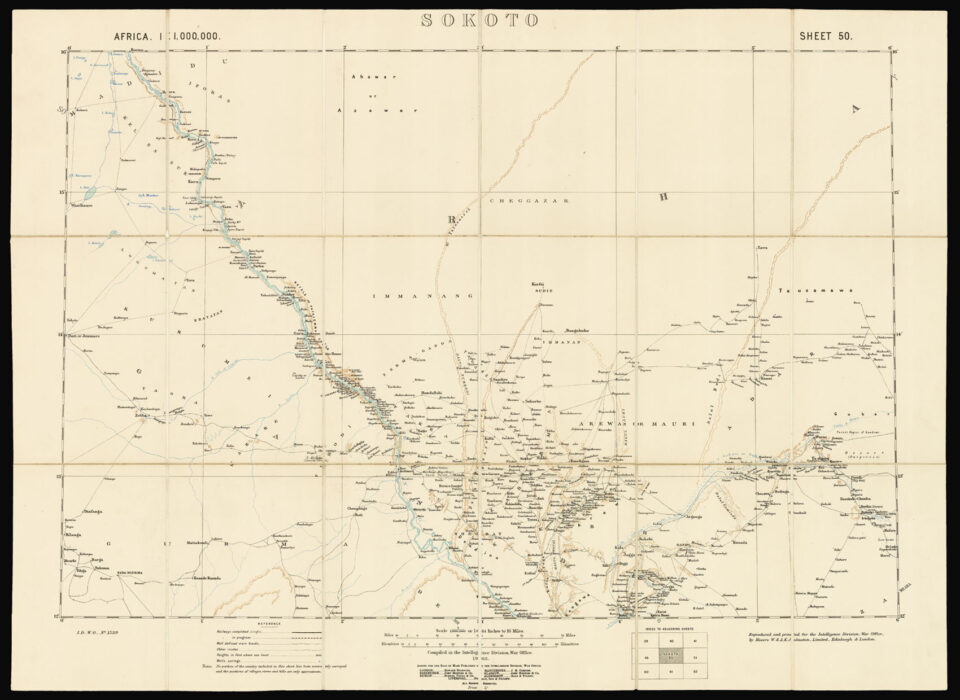