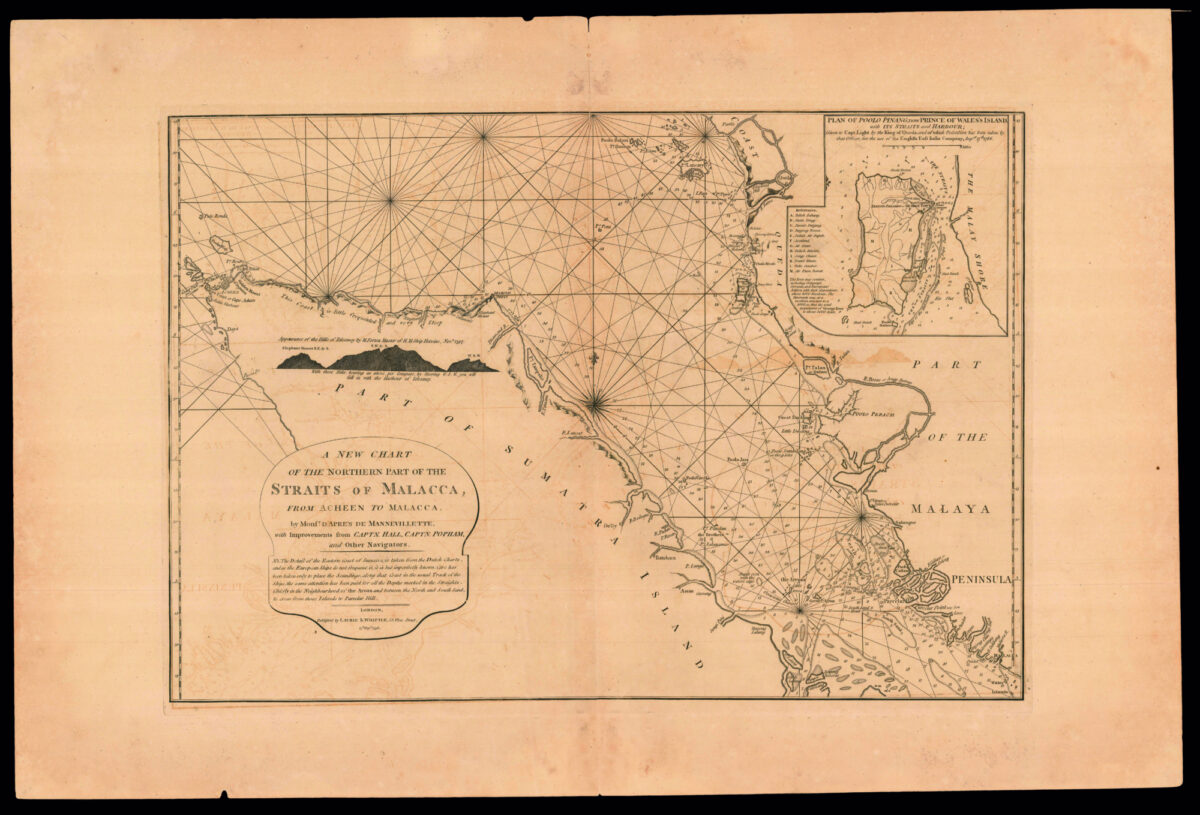 A Chart of the Northern Part of the Straits of Malacca, from The Road of Acheen to Malacca by Mons.r D’Apres de Mannevillette, with Improvements from Captn. Hall, Captn. Popham, and Other navigators.

Chart of the northern Malacca Strait between Sumatra and the Malay Peninsular. From an early edition of Laurie & Whittle’s rare ​‘East India Pilot’, based on d’Apres Mannevillette’s ​‘Carte Plate de la partie Septentrionale du Detroit de Malac, depuis de la rade d’Achem jusqu’a Malac’ (1775), published in English by Sayer and Bennett in 1778, but here more detailed. With the addition of a coastal profile and an inset upper right, ​‘Plan of Poolo Pinang, now Prince of Wales’s Island, with its Straits and Harbour; Given to Capt. Light by the King of Queda, and of which Possession has been taken by that Officer, for the use of the English East India Company, Aug.st 11th, 1786”. A note beneath the title states that ​“Detail of the Eastern Coast of Sumatra is taken from Dutch Charts, and as the European Ships do not frequent it, it is but imperfectly known : Care has been taken only to place the Soundings, along that Coast in the usual Track of the Ships, the same attention has been paid for all the Depths marked in the Straights. Chiefly in the Neighbourhood of the Aroas and between the North and South Sand, to cross from those Islands to Parcelar Hill”. 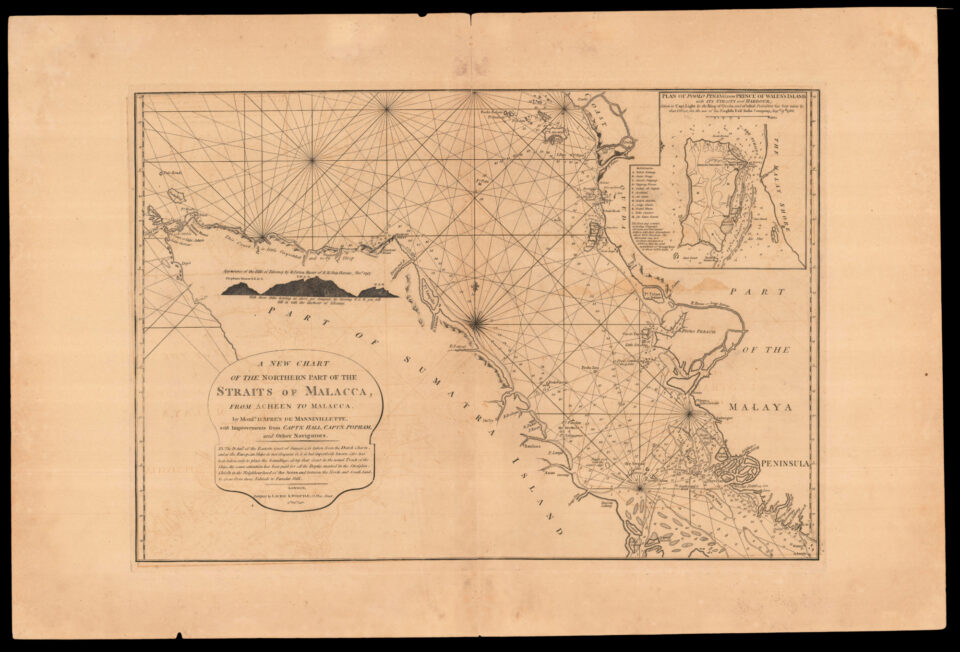 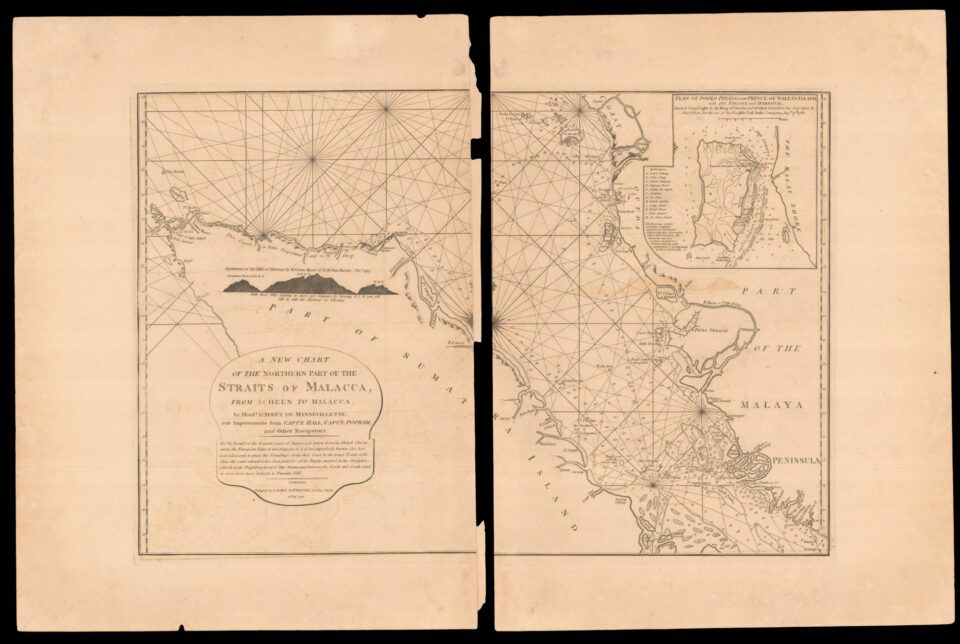