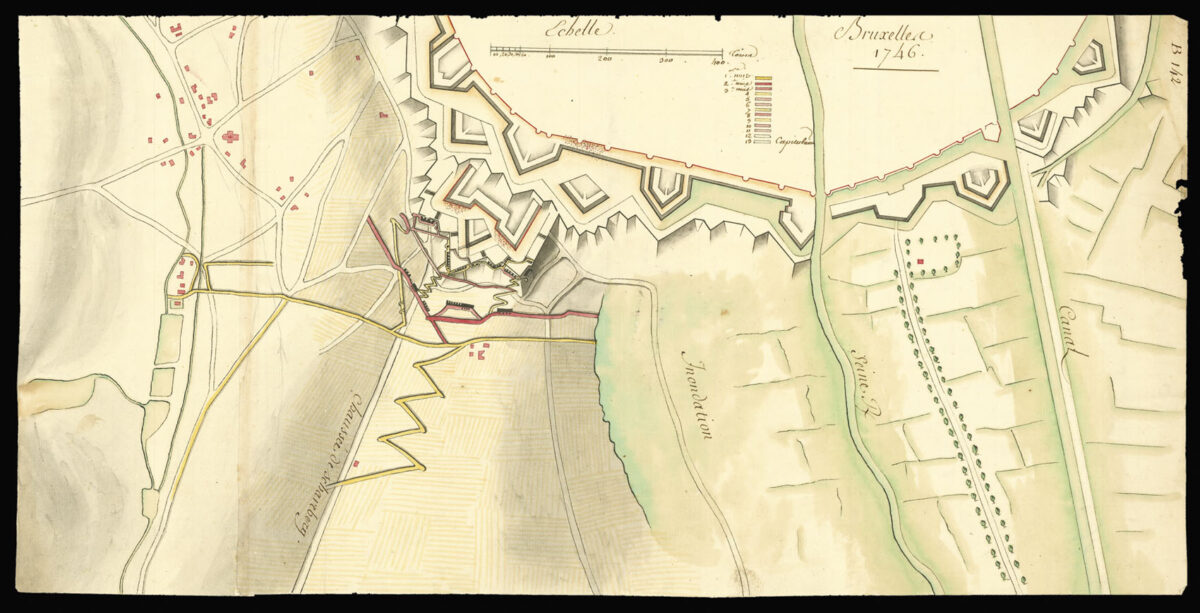 The northern fortifications of Brussels

Manuscript Plan of the Fortifications of Brussels

Small plan of the fortifications around the northern part of Bruxelles and some of its environs during the siege of 1746. The map shows the trenches in yellow for the enemies and in red for the Austrian forces.

The siege of the city took place between January and February. A French army under the overall command of Maurice de Saxe, in a bold and innovative winter campaign besieged and captured Brussels, which was then the capital of the Austrian Netherlands, from its Austrian garrison. After the French made two breaches in the walls of Brussels, the Austrian defenders were compelled to surrender in a siege that lasted just three weeks. The city remained under French occupation until it was returned to Austria by the 1748 Treaty of Aix-la-Chapelle, along with the rest of the Austrain Netherlands.