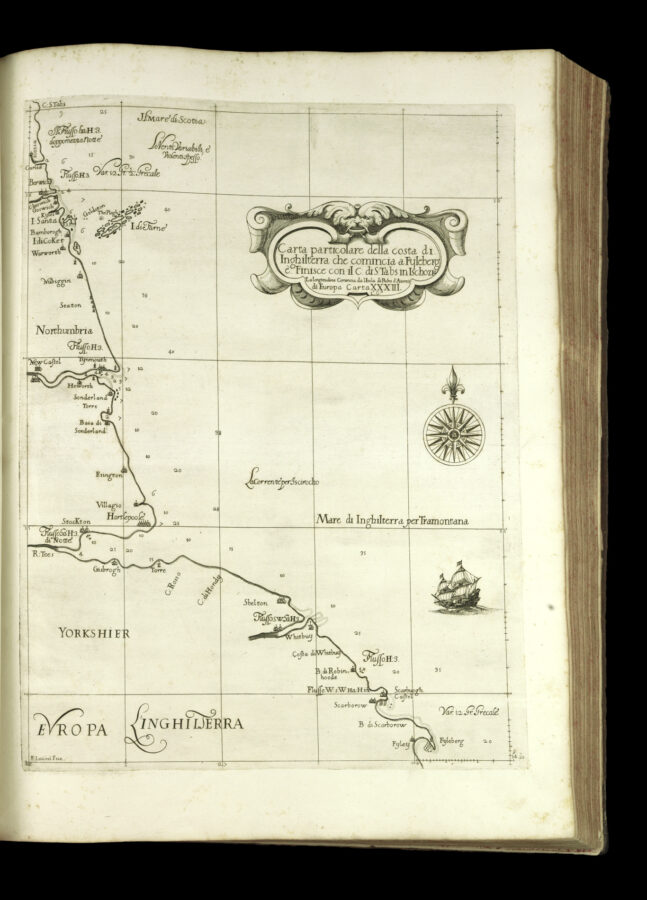 The northeast coast of England

The map shows the northeast coast of England from Northumberland to Yorkshire.