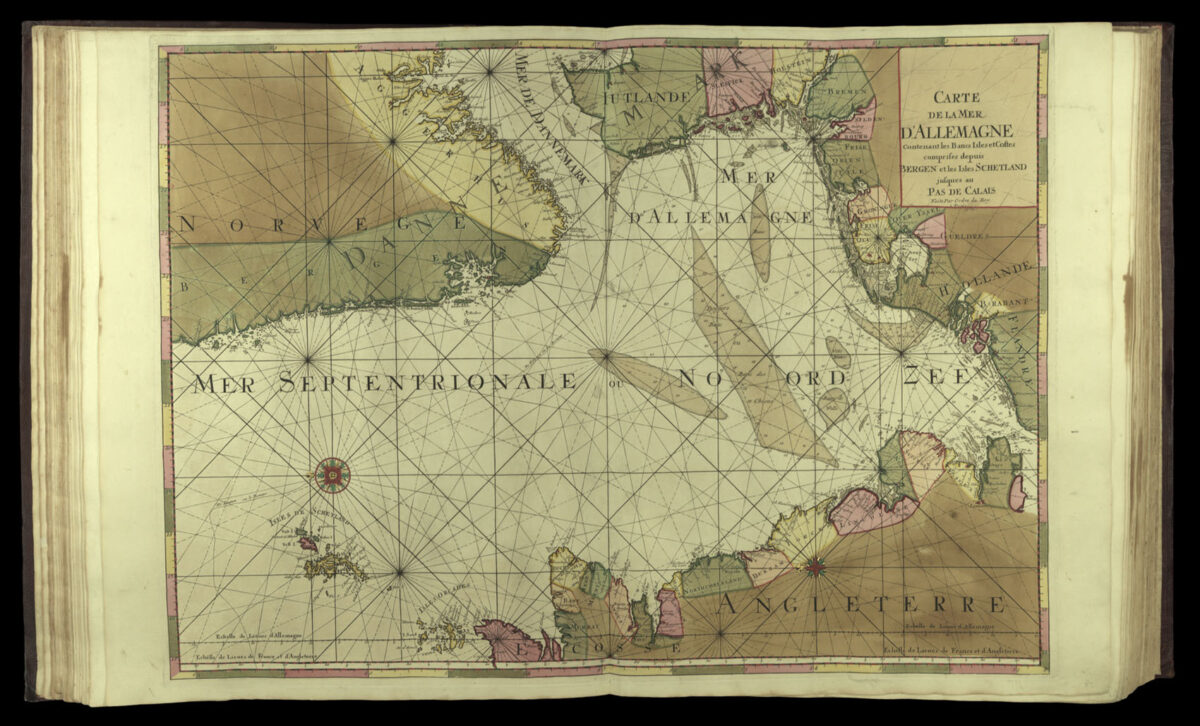 A chart of the North Sea, oriented to the north. The chart covers the eastern coastline of Britain and parts of Scandinavia, Germany and the Netherlands, and includes the Shetland and Orkney Islands in detail.