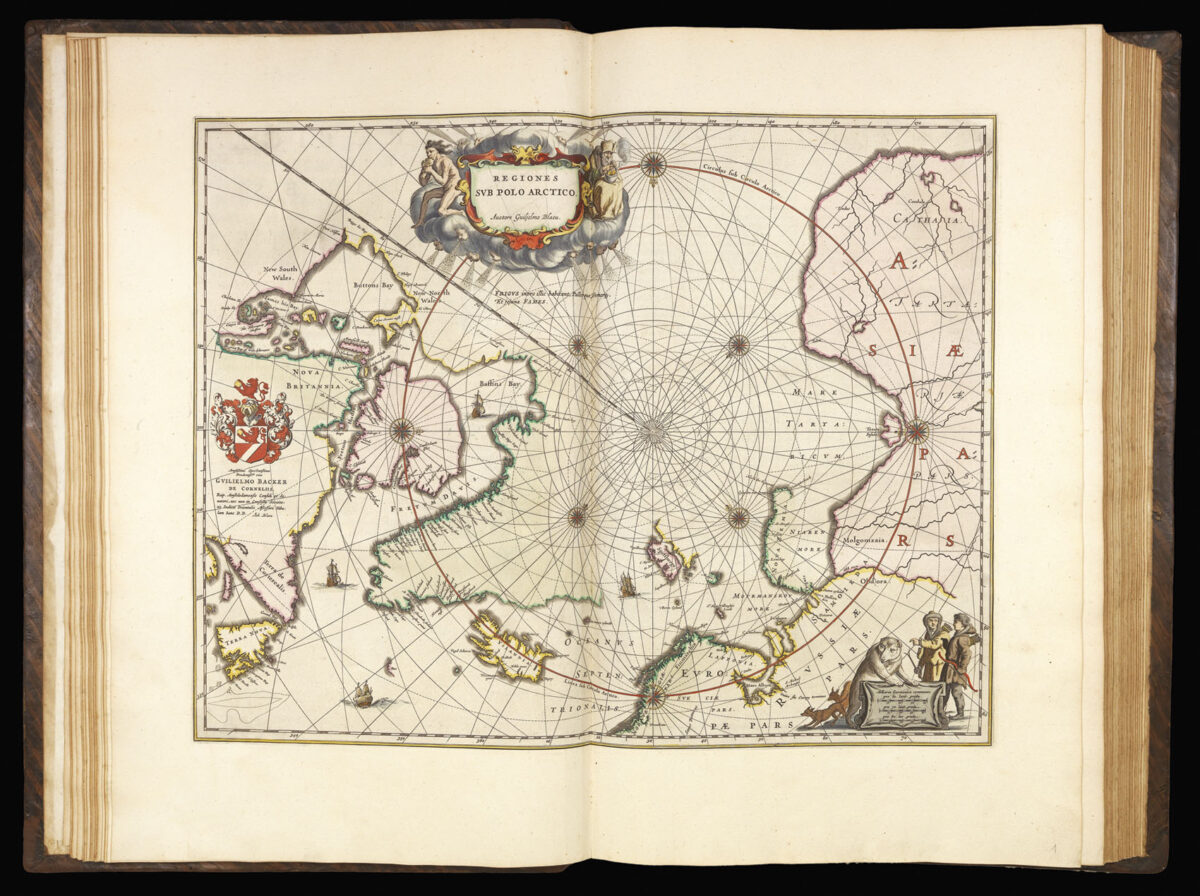 Arctic map with rhumb lines radiating from the North Pole. Based on the almost identical arctic map by Jansson, the minor differences being that the title in the main cartouche is different and there is a scale of miles in the bottom right hand corner.