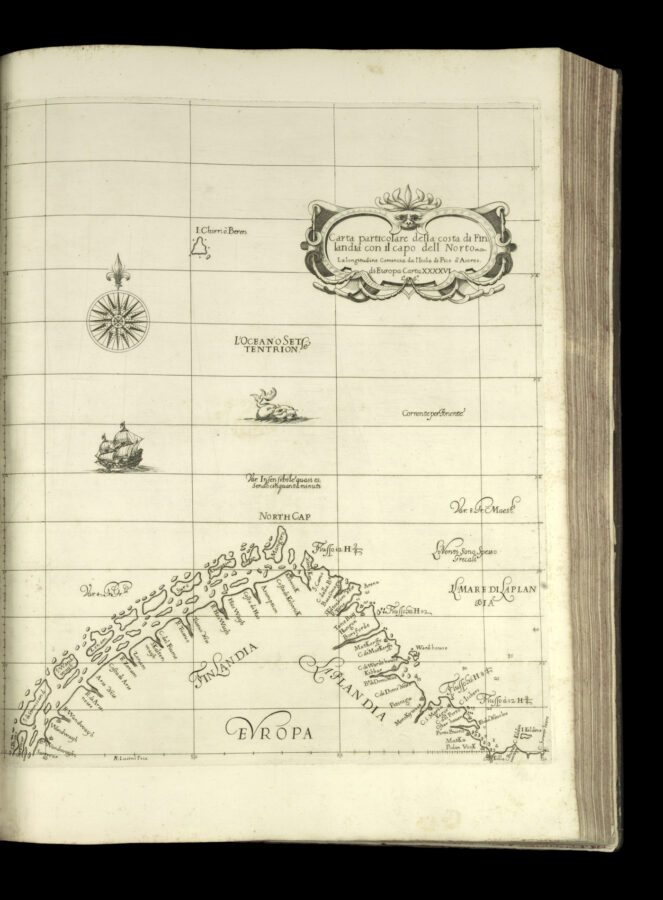 Map showing the North Cape in present-day Norway, although it is marked as Finland and Lapland.