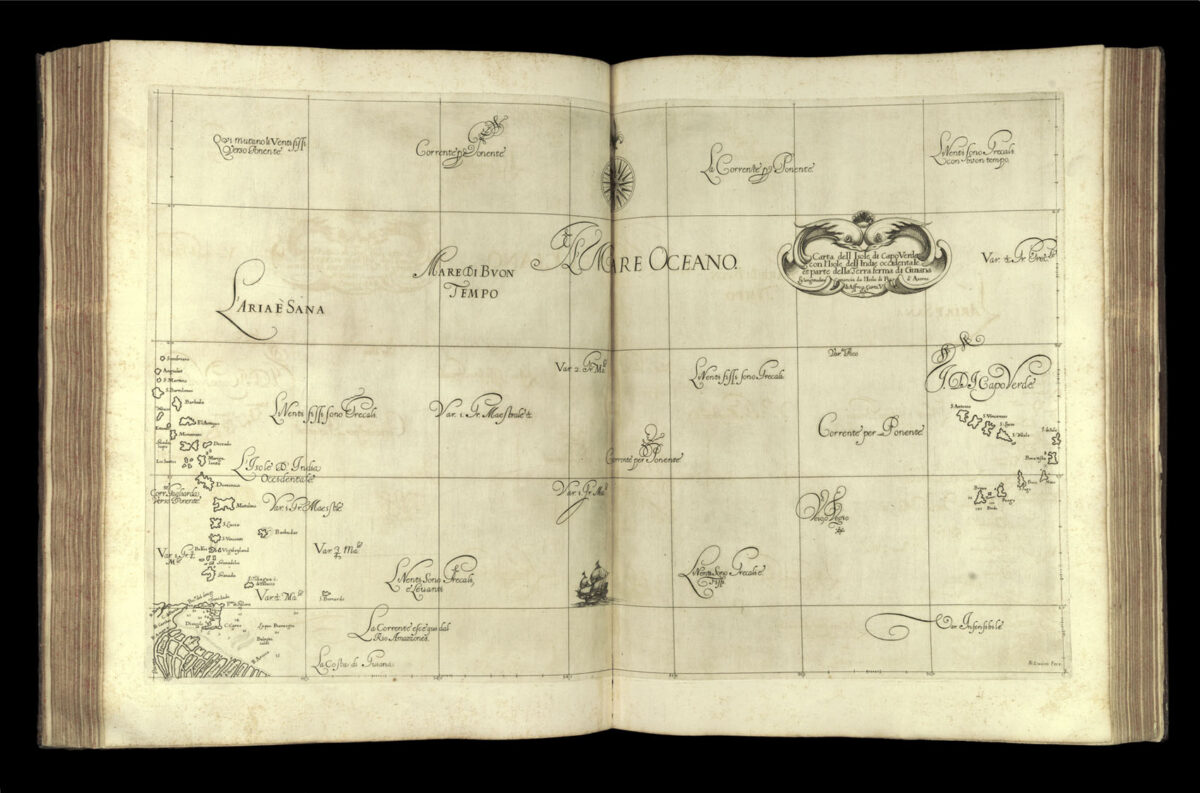 Map showing part of the North Atlantic Ocean containing the Cape Verde Islands on the left. On the right are the West Indies, including the Antilles, down to Trinidad and Tobago. The Orinoco Delta in Venezuela is just visible at the lower edge of the map.