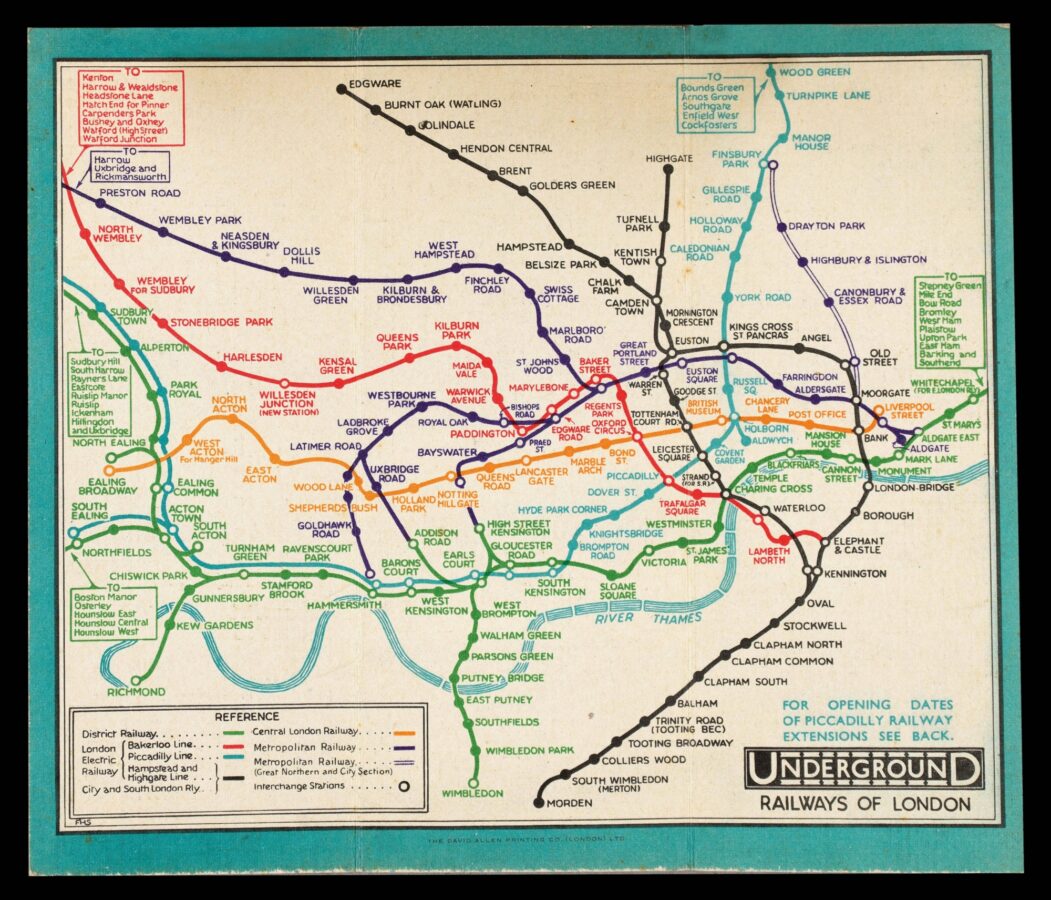 “the new station will be named GREEN PARK”

Early map of the London Underground, signed ​“FHS” lower left, Fred Stingemore (1890–1954) was a lifelong employee of the Underground Electric Railways Company, UERL, (1902–1932), and then the London Passenger Transport Board (from 1933). He worked first as a draughtsman in the Publicity Manager’s Office, which issued this map, and then as head of the Commercial Drawing Office.

Stingemore’s first map of the Underground was issued in 1925 and then reissued with revisions several times until it was superseded by Harry Beck’s design in 1933. On the verso, details are given of the: completion dates of the ​“Piccadilly Line Extensions”: Finsbury Park (Autumn 1932- Midsummer 1933), and Hammersmith (July to Autumn 1932); and the renaming of two new stations, Green Park and Holborn (Kingsway); as well as a list of theatres.

Although the first journey made on the London Underground occurred in 1863, it was not until 1908 that the various routes and lines were brought together as a single system. The first tube map consisted of a map of London with the underground lines traced over the top in colour. As a result, the central stations were crammed closely together, with little room for their names, and many of the peripheral destinations omitted to avoid large swathes of wasted space. Although geographically accurate, this first map did not make for easy navigation of the London Underground.

Consequently, in 1926 a new and much clearer map was produced by Stingemore, with regular spaces between the stations and legible names. Even this map, however, could not solve the problem of how to include all of London’s suburbs in a single image. Put off by the map’s geographical inaccuracy, official operators continued to publish the former map and only issued Stingemore’s version as a pocket-sized diagram. 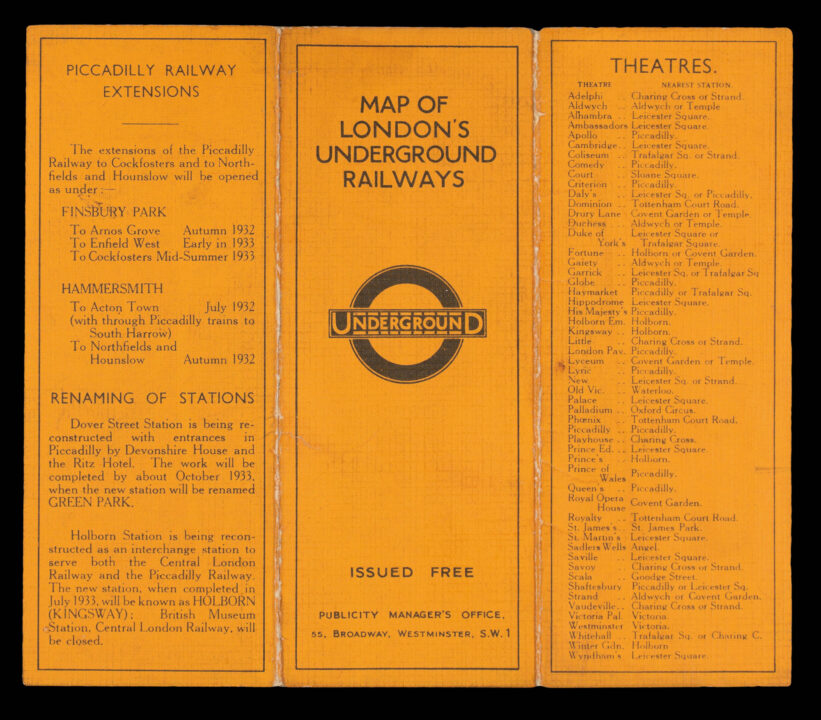