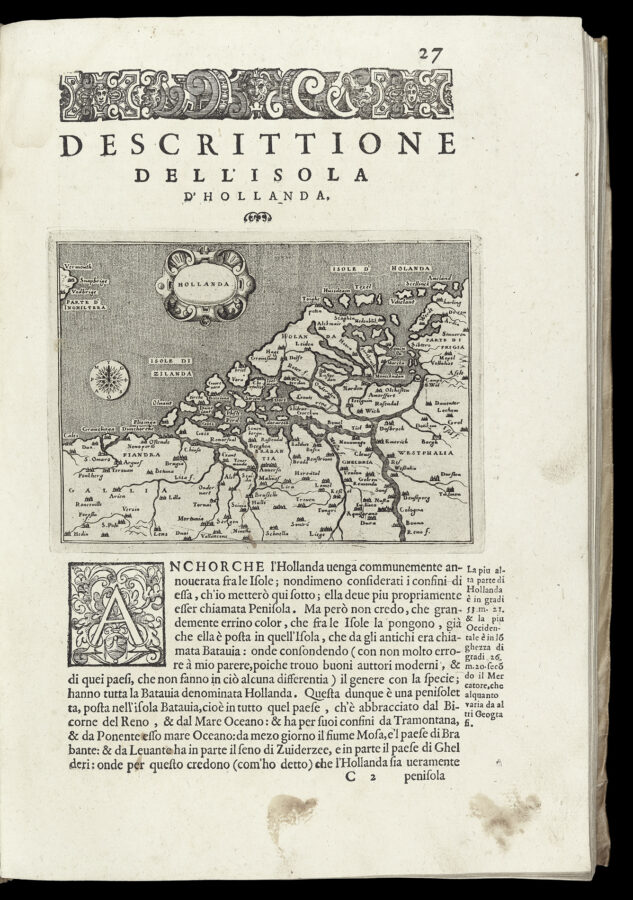 A detailed map of the islands of Holland and Zeeland off the western coast of the Netherlands.