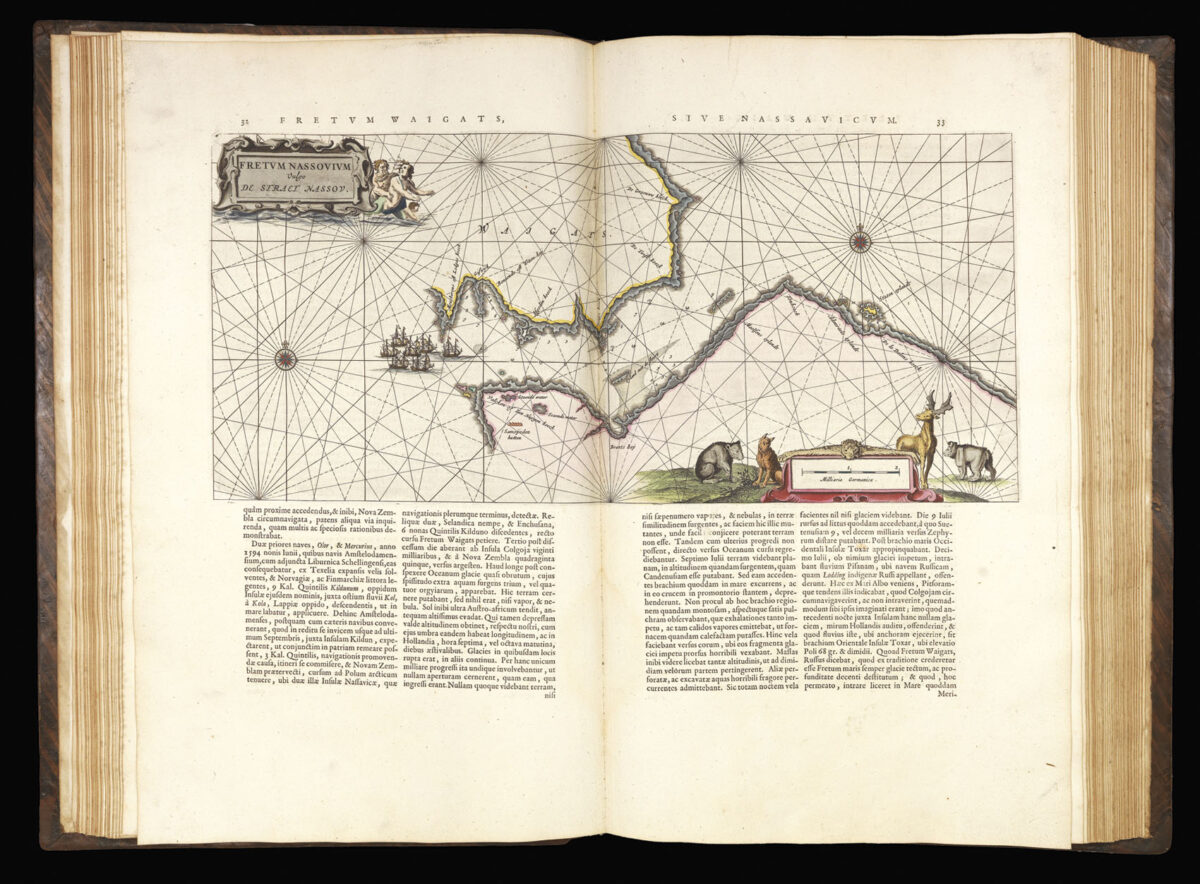 Sea chart of the area known as the Nassau Strait to the south of Novaya Zemlya. The Novaya Zemlya archipelago is situated in Arctic Ocean in the north of Russia and the extreme north-east of Europe. Western Europeans, in particular the Dutch, began to explore the area in the late sixteenth century in search of the Northeast Passage.