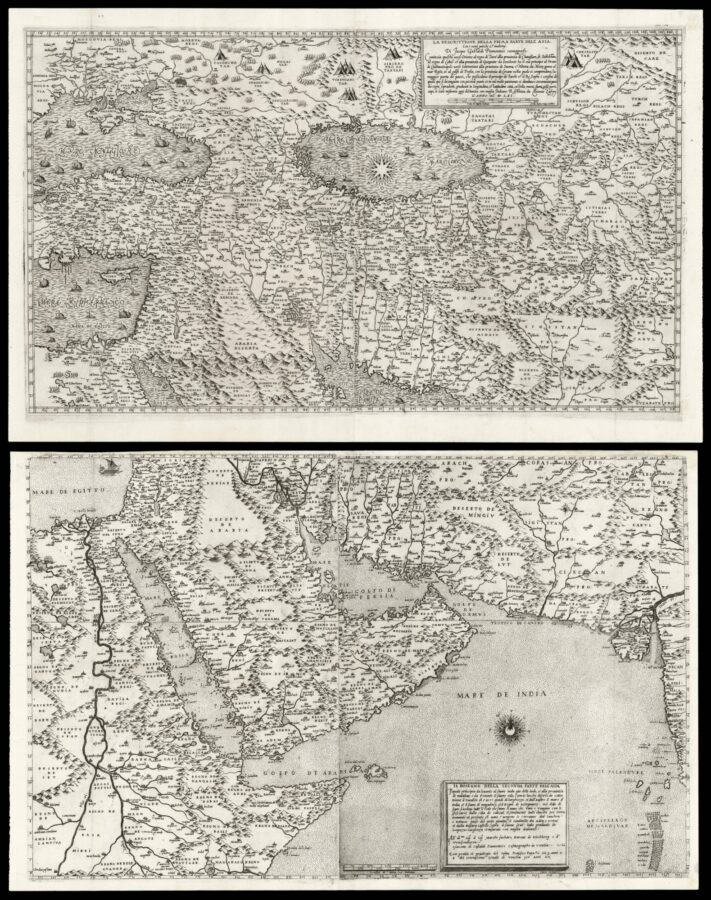 Fine examples of the most influential sixteenth century maps of Central Asia and the Middle East, by Giacomo Gastaldi, the greatest cartographer of his era. Not only are these works the most accurate depiction of the area to date, but would go on to dominate the European view of the area for the rest of the sixteenth century.

Giacomo Gastaldi (c1500-1567), originally from Piedmont, established himself as a cartographer in Venice, where he was given the notable title of ​‘Cosmographer to the Republic’. He was a prolific mapmaker, with a body of work numbering at least 109 pieces, including contributions to the 1548 Venice edition of Ptolemy’s ​‘Geogra a’, and Ramusio’s ​‘Navigationi et viaggi’. Gastaldi’s maps of Asia are considered amongst the most significant representations of the continent, as the first pieces of cartography to name, and even show, many of the areas depicted. They were also responsible for numerous features which would later become standardised, such as the ovalized Caspian Sea. Originating from Venice, the maps are also a reflection of the Republic’s dominance of early exploration, particularly in Asia. e city’s crucial position allowed for Western contact with the East, although this relationship was becoming progressively threatened by the expansion of the Ottoman Empire.

The first part of Asia, here in its first state by Lafreri, is based on Gastaldi’s map of 1559. Although Lafreri had permission to print and sell Gastaldi’s original maps, this map was made from a re-engraving by Jacopo Bos, perhaps because of damage to the original plates. Bos’ work is very similar to that of Gastaldi’s own engraver, Fabio Licinio, with stylistic differences in the waters and ships revealing the new engraver’s hand. It has been suggested that Bos engraved this edition for the Roman publisher Michele Tramezzino, and that only later did Lafreri acquire the publishing rights (Witcombe). The second part is here in its first state and was engraved by Licinio. The upper part repeats some areas of the previous map, however the two were intended to form one, as shown by the identical scale bars and projection.

Together the two parts extend from southern Siberia to the Indian Ocean, encompassing huge swathes of the continent. ey cover Turkey, the Middle East, the Black and Caspian Seas, the Eastern Mediterranean with Cyprus, the stream of the Nile and the whole of the Arabian Peninsula, with part of Western India and the Maldives. The coastal and island names, as noted by Nordenskjöld, are taken from portolans and from voyages of Spanish and Portuguese exploration. Some interior names are taken directly from Marco Polo and almost identical in orthography to those used by Ramusio. The abundance of toponyms suggests further sources, which Gastaldi may have accessed in the large library of the Fugger family. Markus Fugger, a prominent businessman and politician, was among the cartographer’s acquaintances, and the second part of Asia is dedicated solely to him. Importantly, Gastaldi’s maps of Asia provided the basis for those later published by Ortelius, De Jode and Mercator. 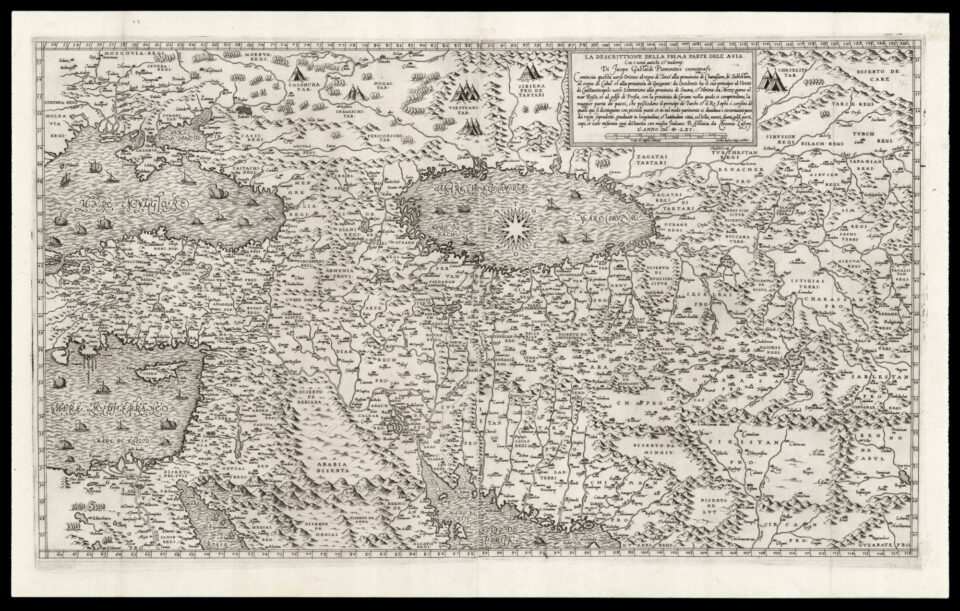 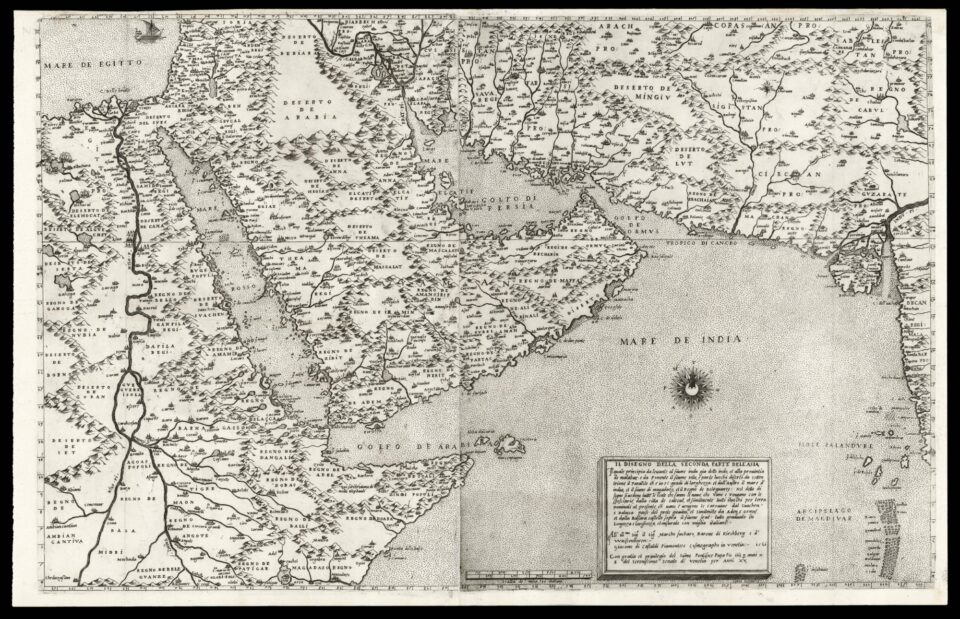