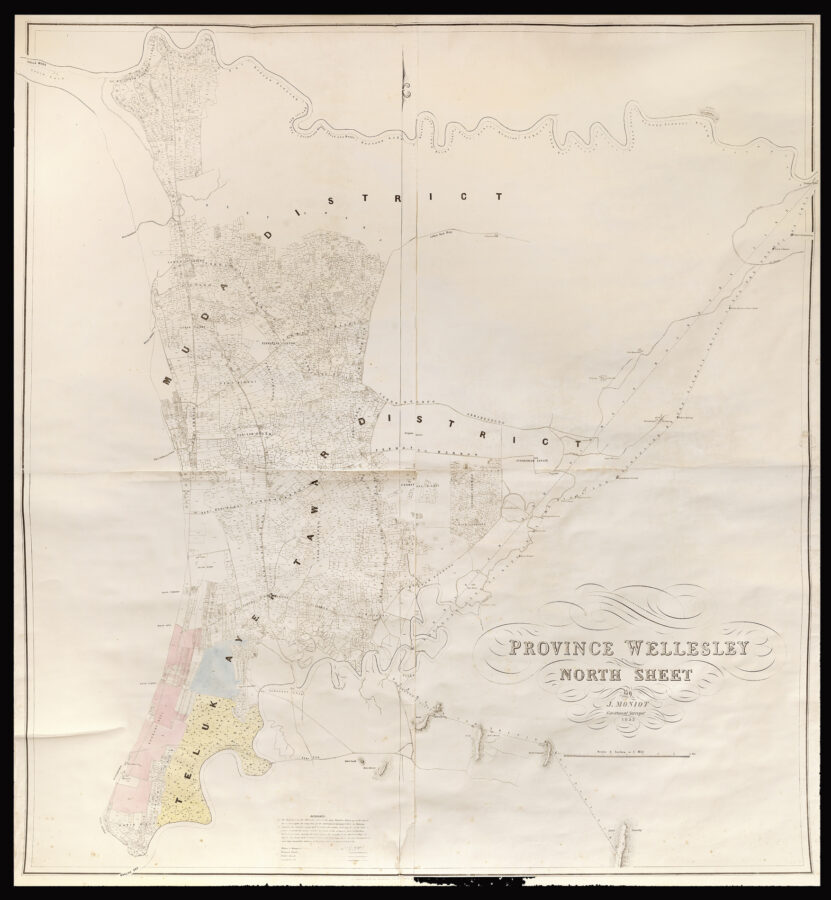 [Three Large-Scale Surveys of Penang] General Map of Prince of Wales Island including a Survey and Soundings of the South Channel Surveyed under the auspices of Colonel E.W. Butterworth C.B. Governor of the Straits Settlements 1854 [and] Province of Wellesley North Sheet By J. Moniot Government Surveyor 1855. [and] Province of Wellesley South Sheet By J. Moniot Government Surveyor 1854.

The maps depict Prince of Wales Island (Penang Island), and the Province of Wellesley (Sebrang Perai). All three maps — of what is now the State of Penang in Malaysia — were surveyed by Jules Michael Moniot, the Government surveyor to the Straits Settlements, upon the impressive scale of 4 inches to the statute mile.

The map of Penang Island provides similar information, together with soundings and numerous manuscript annotations to several of the large allotments, with information upon their produce. To the lower right of the plan a table lists the amount of land under cultivation, with a list of produce and landowners. The total area of Penang Island is said to be 68,402 sq. acres; with 33,422 acres under or being cleared for cultivation; the remained being the town of George Town and hill forest. The main produce of the Island is spices followed by coconuts, fruit and rice. A mere 200 sq. acres are set aside for sugar.

A reference upon each map states that information on each allotment can be found in a book ​“open for inspection at the Government Surveyor’s Office in Penang”; this included ​“the nature and number of the title, in virtue of which the land is held, the name of the occupant, area, cultivation, district, division, and… the number of the District Plan in which this land will be found…”.

The maps themselves are mentioned by W. E. Maxwell Land Commissioner for the Straits Settlements in his book of 1883:

”…the only lithographed public maps of any part of the colony showing allotments are the maps of Penang and Province of Wellesley published in 1854–55 from Moniot’s survey.” He goes on to state that, ​“There are no published allotment maps of Singapore or Malacca”.

Rare we are unable to trace any institutional examples of the set of maps. Not recorded in OCLC or COPAC; an online search of the India
Office Records housed within the British Library, which contains the archives of the Straits Settlements up to 1867, record no works by Jules Moniot. The National Archives at Kew, which contains the Straits Settlements archives after 1867, holds three maps of Penang by Jules Moniot, all of which are upon the smaller scale of one inch to the statute mile. Of the other nineteenth century maps of Penang housed at Kew none is upon the same large scale as the present examples. 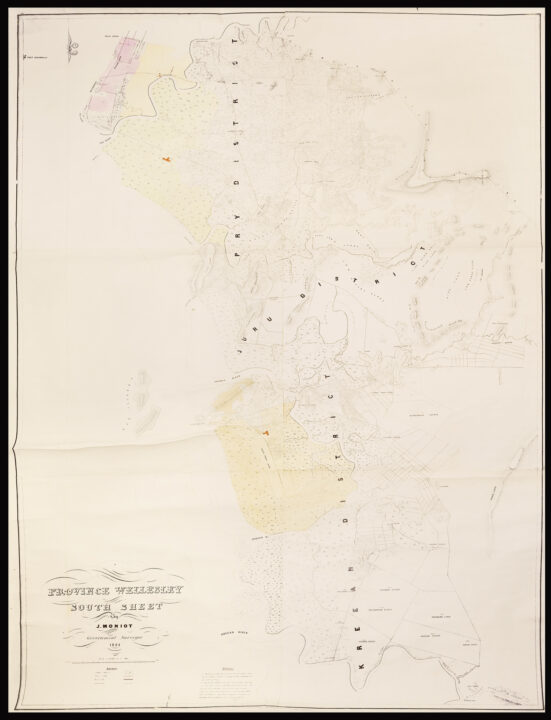 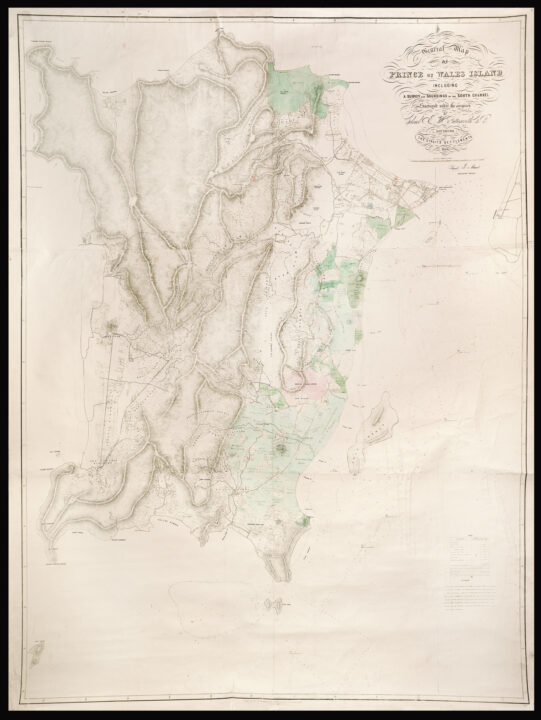