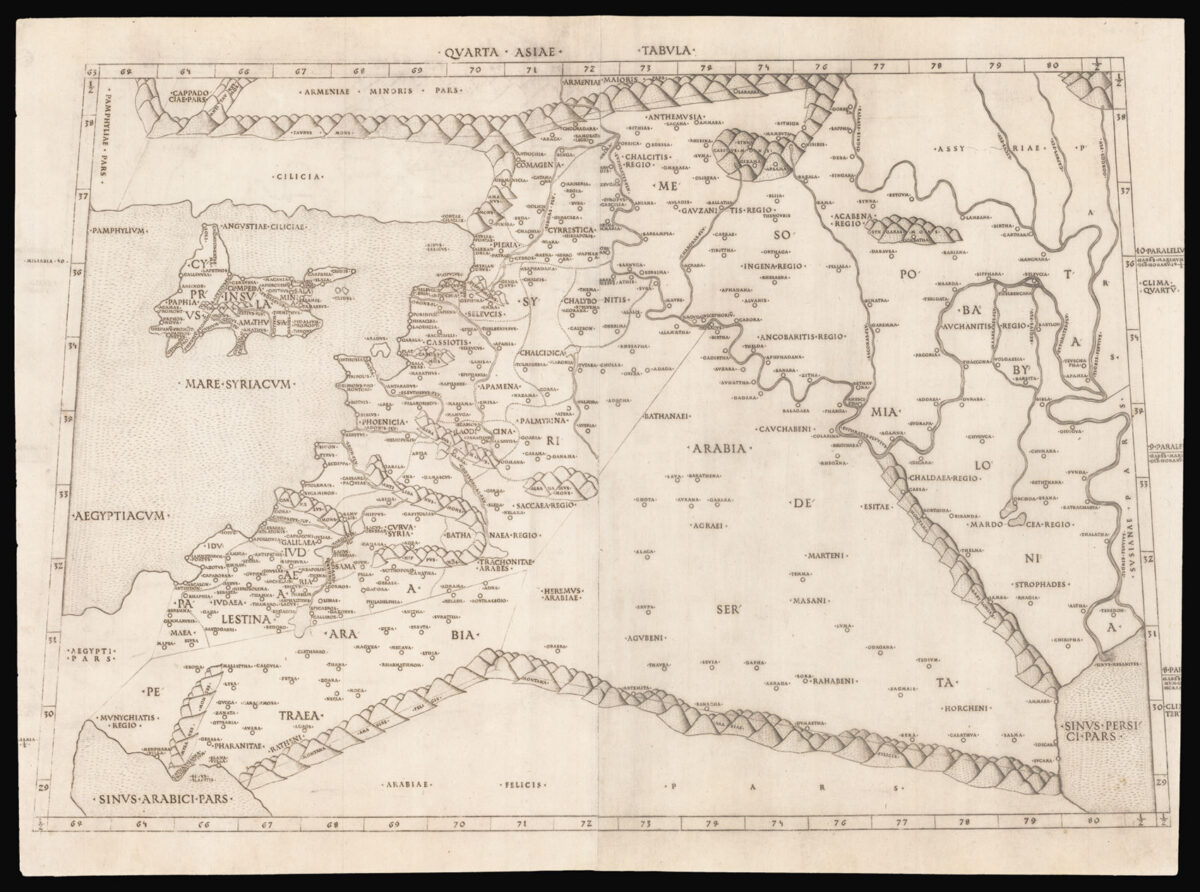 A map of the Middle East from Israel to Iraq.