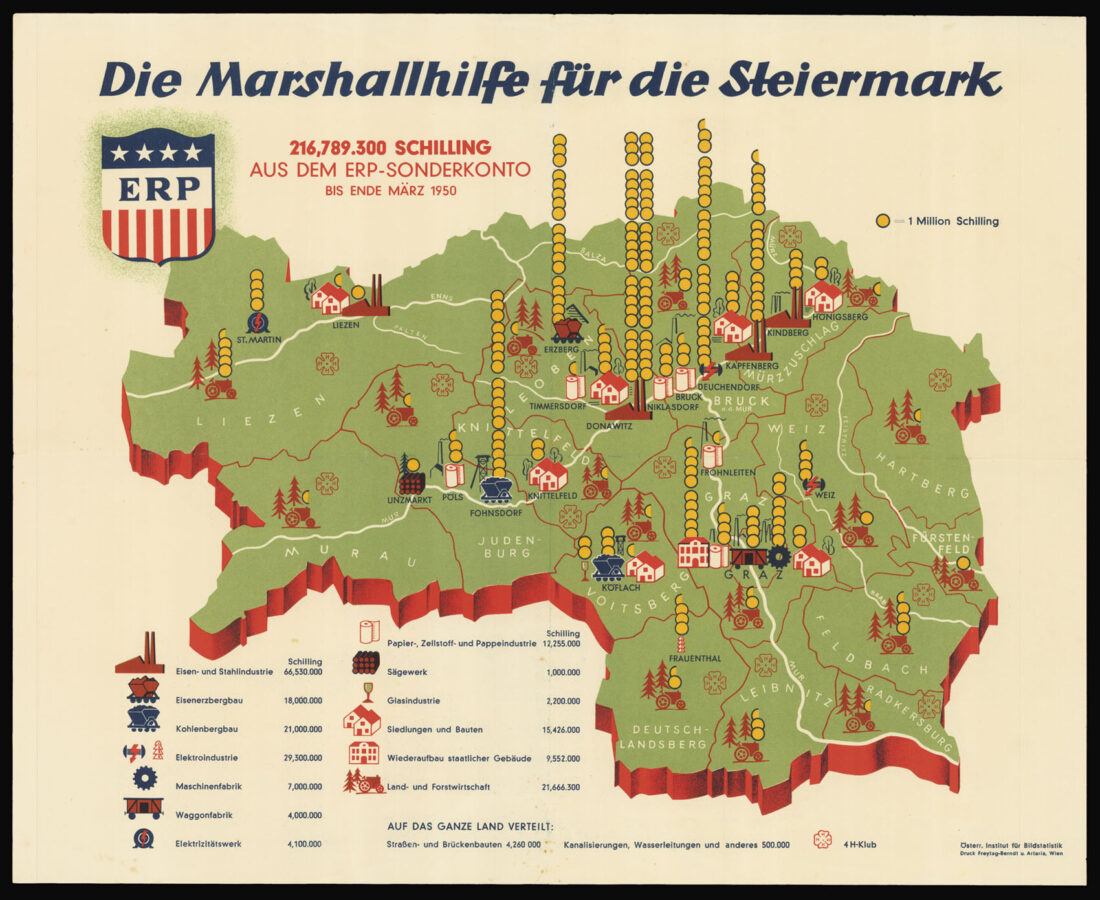 A rare statistical pictorial map shows Styria in Austria with data, how much money from the Marshall plan was invested in different regions in the following industry: iron and steel industry, iron ore mining, coal mining, electrical production, machine manufacturing, paper products, waggon making, glass industry, conversion of state buildings, lumber mills, agriculture, and on building of streets and bridges. Each sign of a coin means 1 million schilings of investments.

The Marshall Plan, or officially European Recovery Program, was an American initiative to aid Western Europe, in economic assistance to help rebuild Western European economies after the end of World War II.

The map shows most of the money was invested in the north regions, as the south and the west remained almost completely underfinanced until 1950.

We could only trace one other example in institutions worldwide (David Rumsey Map Collection).