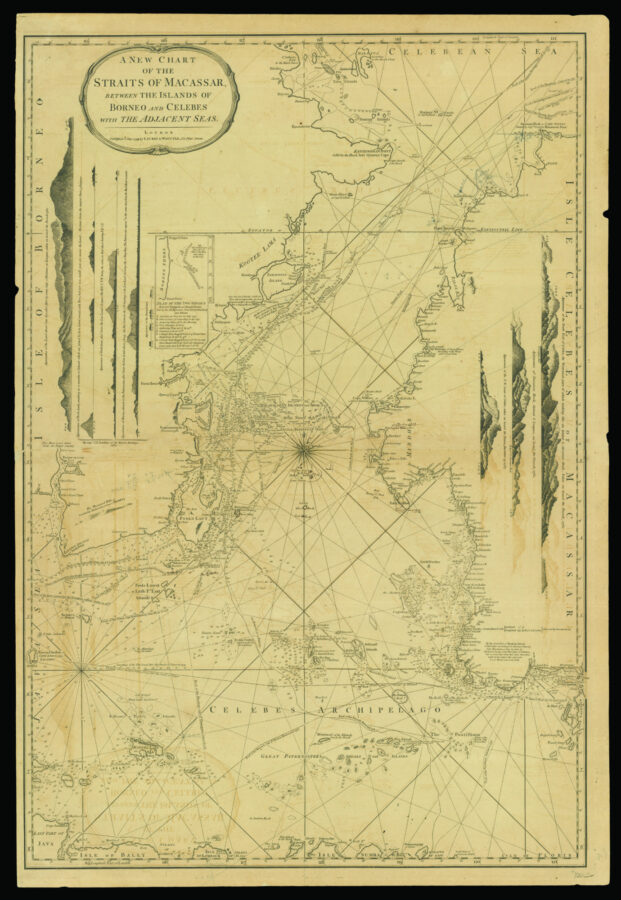 The many islands of the Celebes archipelago

A new chart of the Straits of Macassar between the islands of Borneo and Celebes with the adjacent seas.

An exceptionally detailed chart of the Celebes archipelago and the relatively narrow strait between the islands of Borneo and Celebes. The tracks of several English vessels from the late 1780s are recorded, and the chart is filled with helpful notes and depth soundings. Coastal profiles are included along the side edges.

With numerous annotations in pencil and in ink, recording positions of previously unrecorded shoals. 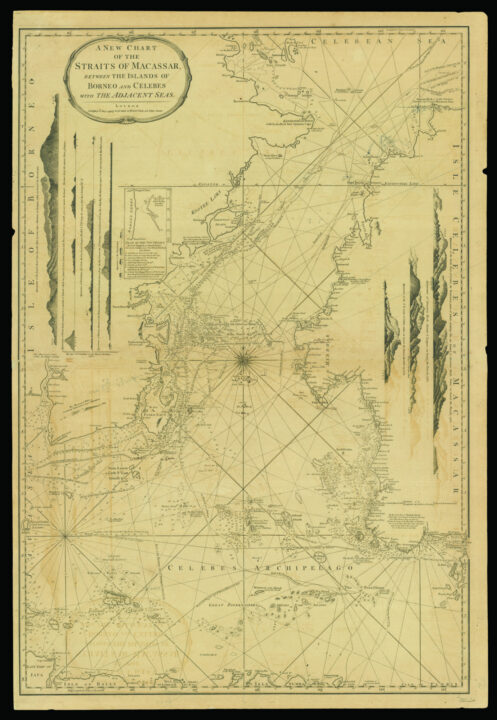 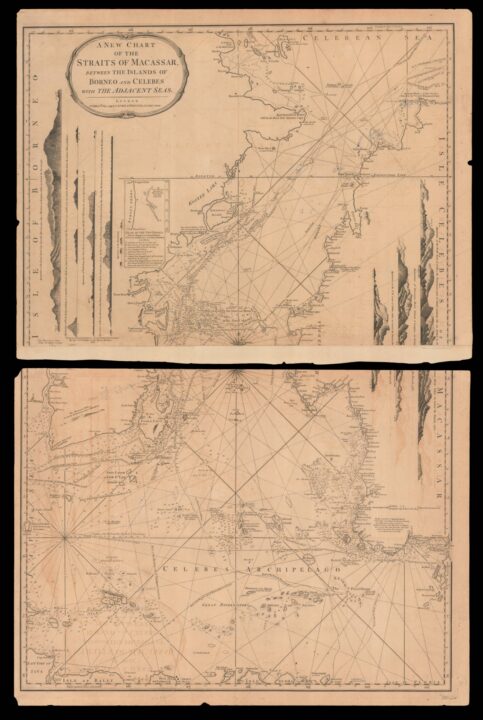 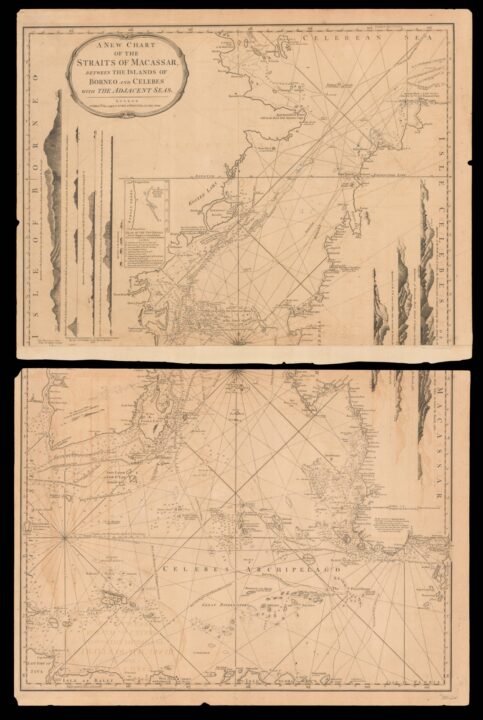