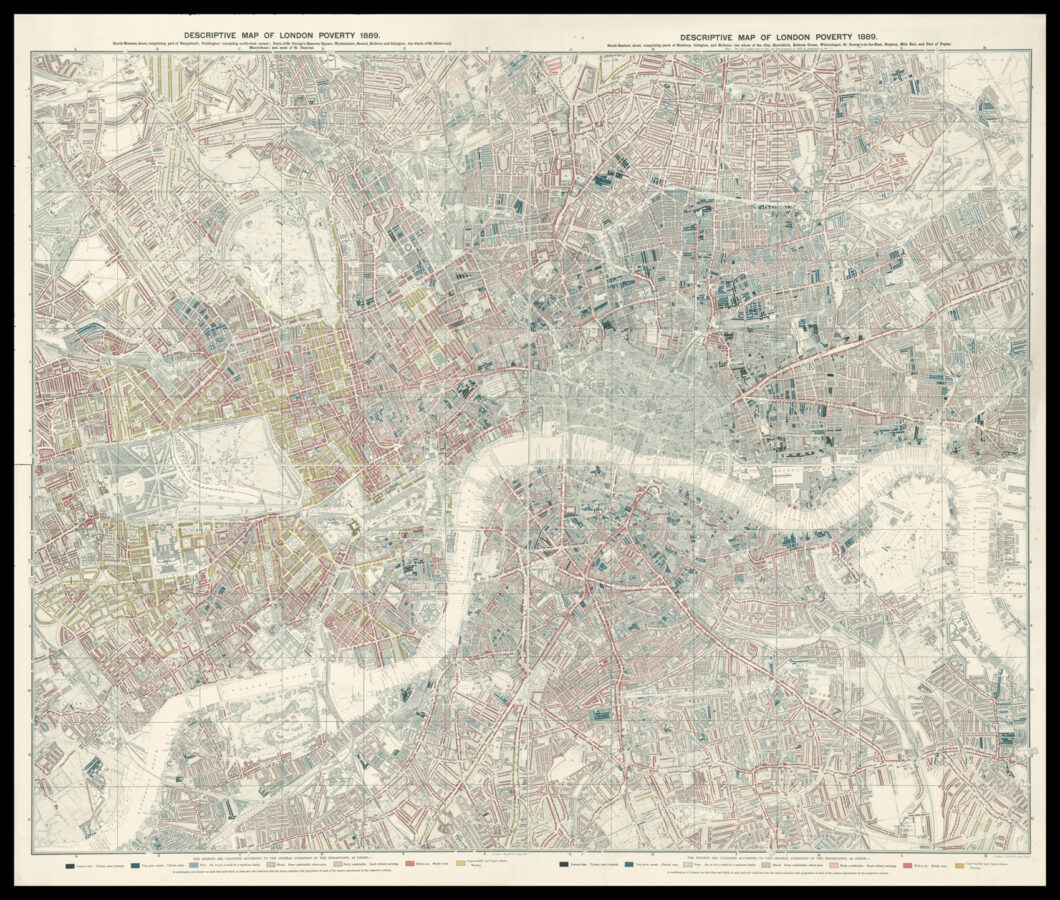 “Quite the most important thematic maps of the Metropolis in the nineteenth century were those which accompanied Charles Booth’s Monumental survey” (Hyde).

Charles Booth (1840–1916), ship-owner and writer on social questions, began his long and successful career at the age of twenty-two, when he joined his eldest brother Alfred as partner in Alfred Booth & Co. He grew up with the Trade Union movement, and in general sympathy with its earlier policy, but its later developments he regarded with misgiving.

Booth had always taken an interest in the welfare of working men, but it was not until he was past middle age that there began to appear the works which established his reputation as a writer on social questions, including his ​‘inquiry into the condition and occupations of the people of London’, the earlier part of which appeared, along with this map, as Labour and Life of the People (1889), and the whole as Life and Labour of the People in London (1891–1903). Booth’s works appeared at a critical time in the history of English social reform. A lively interest was being taken in the problems of pauperism, and it was coming to be recognized that benevolence, to be effective, must be scientific. Life and Labour was designed to show ​‘the numerical relation which poverty, misery and depravity bear to regular earnings and comparative comfort, and to describe the general conditions under which each class lives’. Among the many who helped him to compile his material, and edit it, were his wife’s cousin, Miss Beatrice Potter (Mrs. Sidney Webb) and (Sir) Graham Balfour for the earlier volumes, and Ernest Aves for the later. It was no proper part of Booth’s plan to analyse economic changes or to trace the course of social development. His object was to give an accurate picture of the condition of London as it was in the last decade of the nineteenth century. In this light, his Life and Labour was recognized as perhaps the most comprehensive and illuminating work of descriptive statistics which had yet appeared.

Booth married in 1871 Mary, only daughter of Charles Zachary Macaulay, and granddaughter of Zachary Macaulay. There were three sons and four daughters of the marriage. He died 23 November 1916 at his home, Gracedieu Manor, Whitwick, and was buried at Thringstone, Leicestershire. 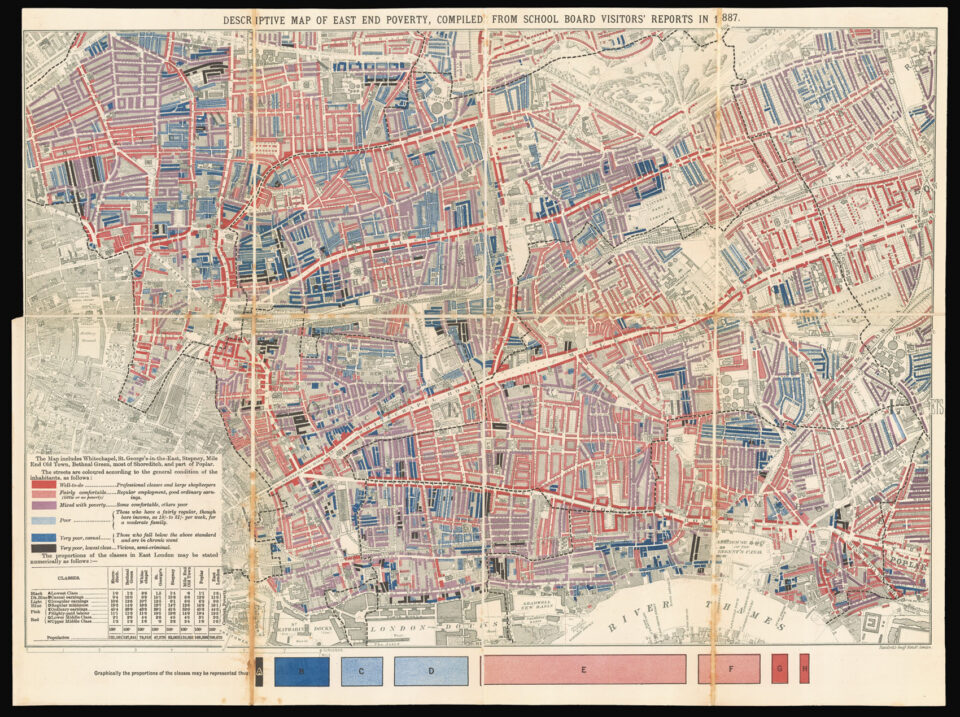