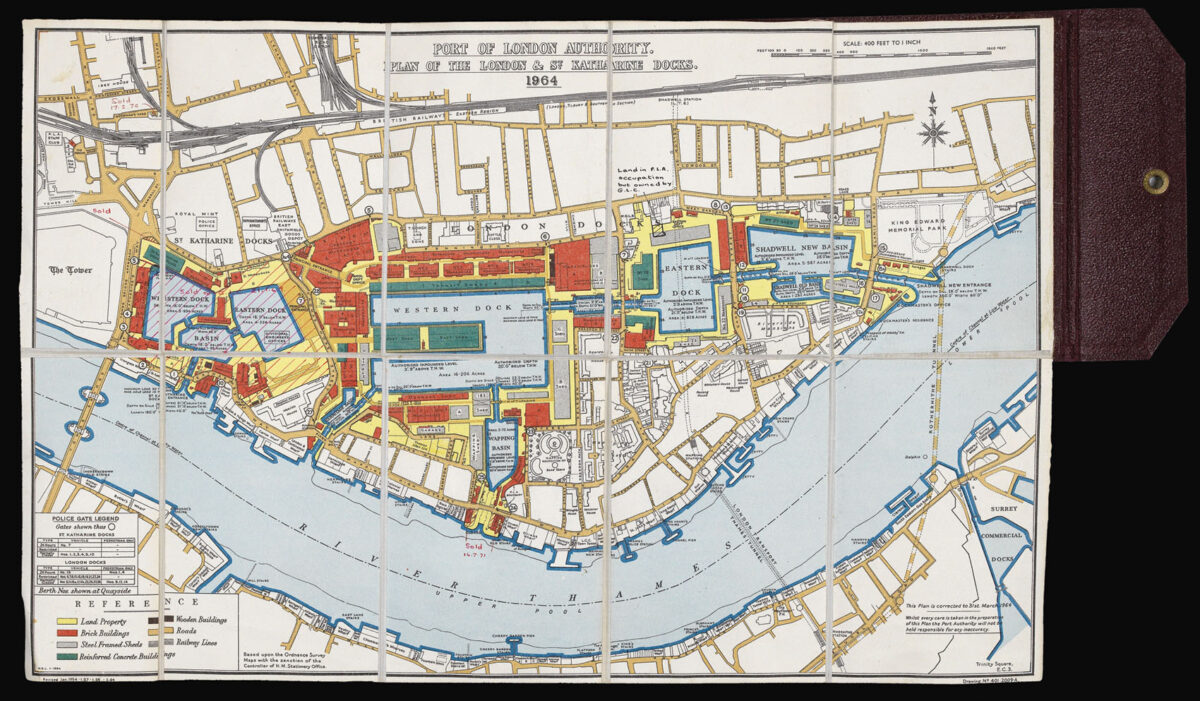 The London and St Katharine docks

Plan of the London & St Katharine Docks Based upon the Ordnance Survey Maps with the sanction of the Controller of HM Stationery Office.

In the early nineteenth century the Port of London came under pressure, and new docks were needed. Parliament selected a site in the Docklands in 1825, and construction began in 1827. The new docks were designed by Thomas Telford, a prominent contemporary civil engineer known as ​‘The Colossus of Roads’, after overseeing several highway-building projects. It was his only major project in London, carving out two basins from the Thames accessed through a lock. The docks were made so that ships could unload directly from the water into the warehouses, reducing the quayside traffic.

The new docks were named after St Katharine’s Hospital, founded by Matilda of Boulogne in 1147, which was demolished along with the slums that had grown up around it to make way for the new development. The area was particularly popular with foreign craftsmen, as it was exempt from the London guild restrictions.

This map was owned by the Estate Officer, and contains annotations showing when land and buildings on the estate were sold off. The docks have now been redeveloped as housing. 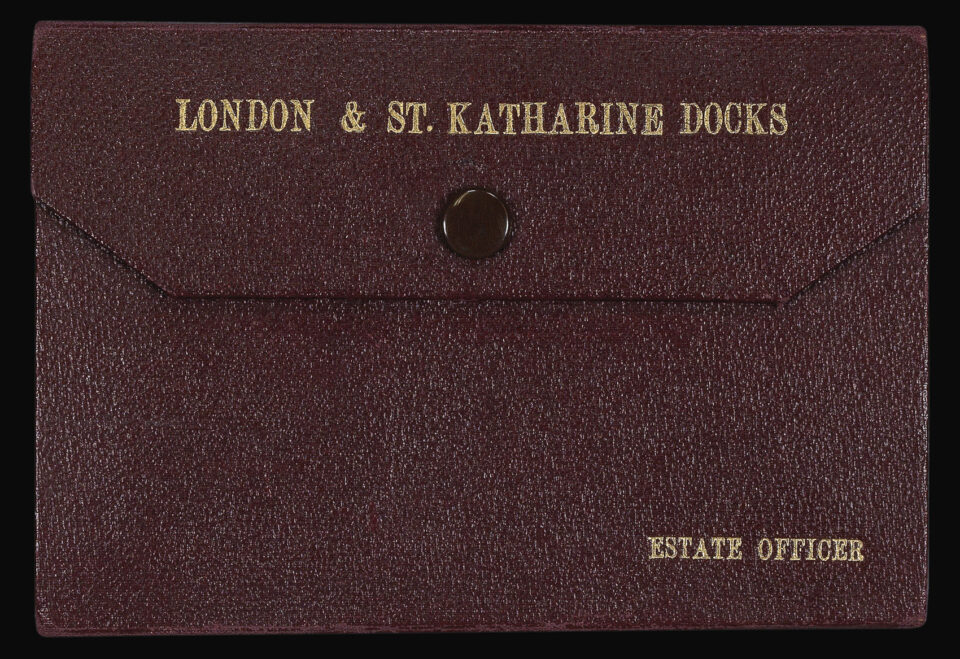