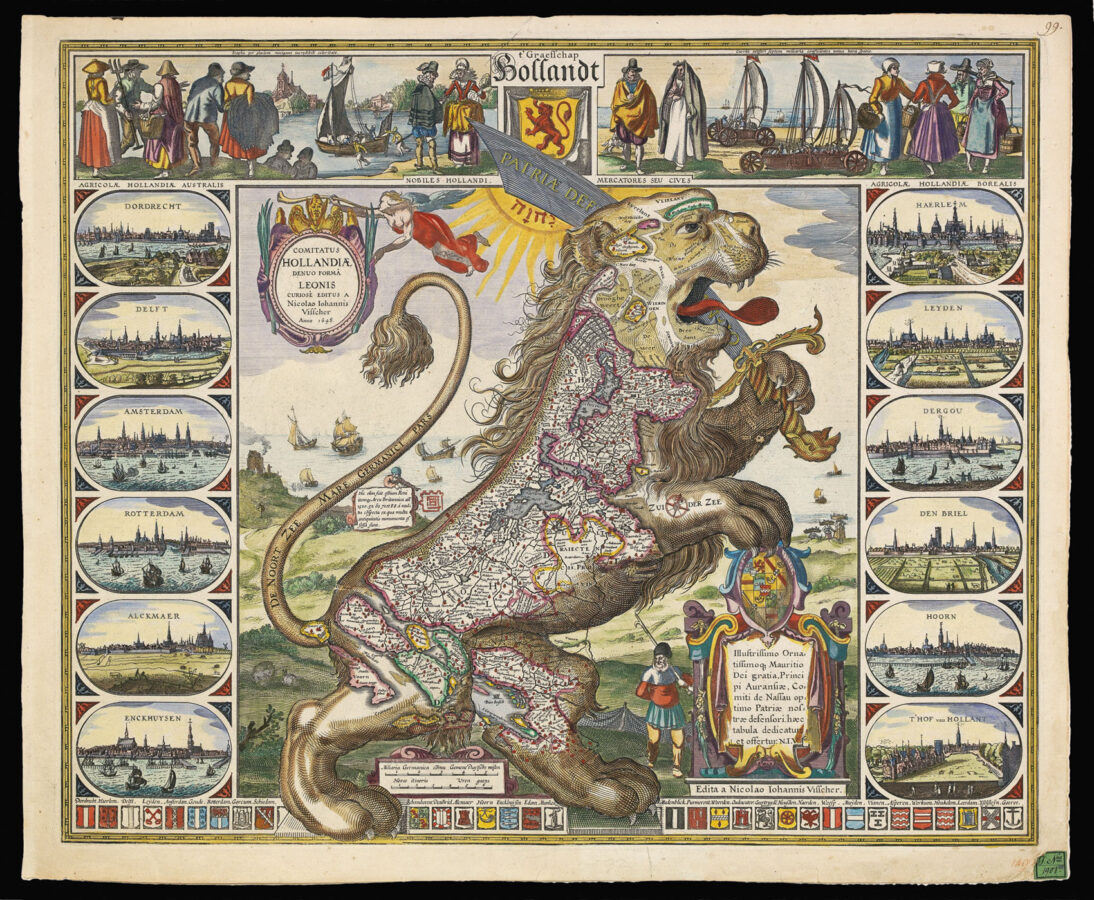 What the ​‘Truce Map’ made implicit – the split of the Seventeen Provinces — the Leo Hollandicus made terrifyingly explicit.

Whereas Visscher’s ​‘Truce Map’ celebrated the fruits of peace that came with the cessation of hostilities; the ​‘Hollandicus’ highlighted the Dutch Republic’s determination to defend its new-found independence. The map also emphasises the breaking apart of the Seventeen Provinces, between the Republican north and the Spanish-controlled south.

Van der Heijden records only one institutional example of the third state, that in the Montreal State Library.