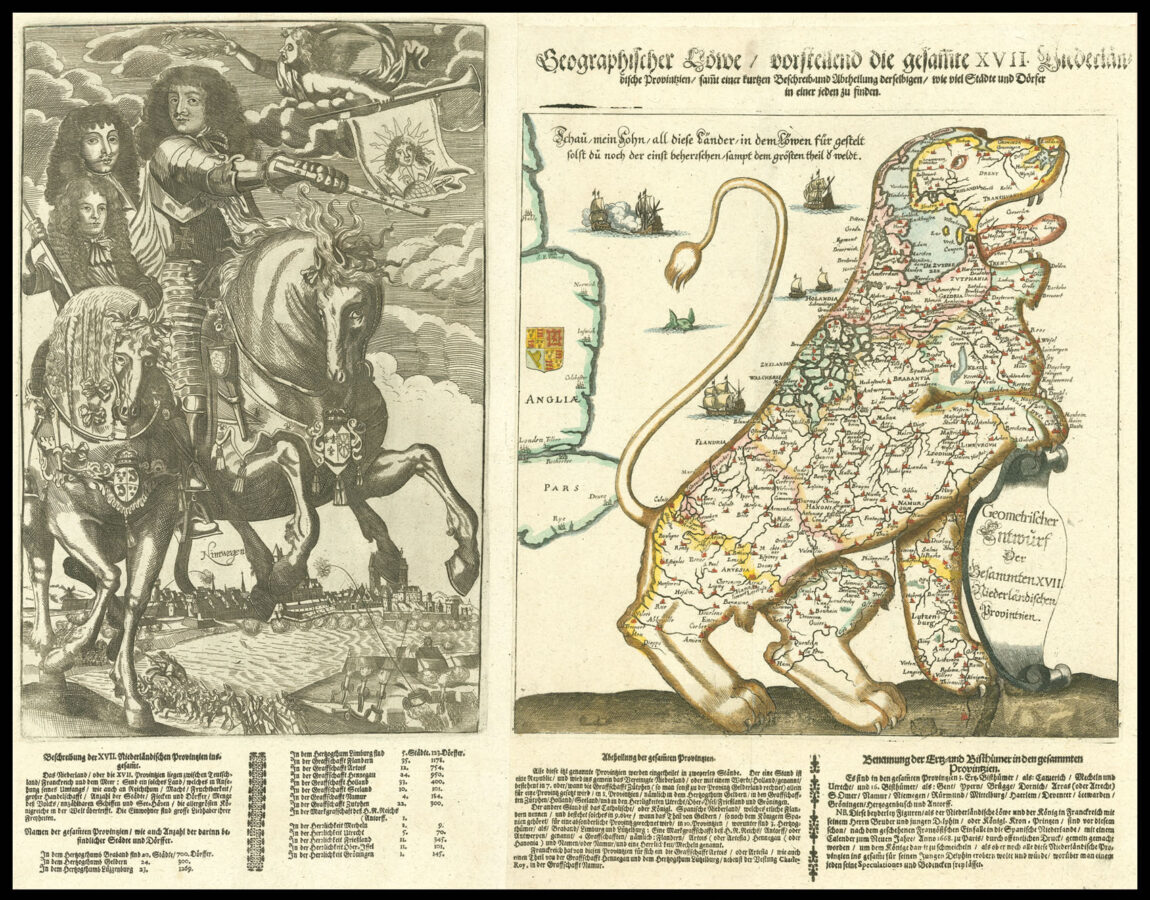 The Lion and Louis

This lion appeared in Wilhelm Serlin’s ​‘Hollandischer Mercurius’ of 1672, and is based upon Flamiano Strada’s lion of 1632, which in turn owed its pedigree to the Aitzing model: lion rampant facing right with right paw raised. The only addition made by Strada is the shield upon which the lion rests his right paw. In the present example, the lion is combined with an engraving of three equestrian figures to the left, below is a description of the Netherlands, and to the left Louis XIV is shown on horseback, being crowned with a laurel wreath by a winged Victory.

The ​‘Hollandischer Mercurius’ could best be described as a periodical, or a bound collection of reportage of a particular year. Such reportage had a long tradition, going back to the end of the sixteenth century. One can see why — with the outbreak of the Franco-Dutch War (1672–1678) — Serlin decided to publish the periodical and use the lion to represent the Dutch Republic. However, rather than showing the lion triumphant against foreign foes, here he has been subjugated by the might of France, with their victory at Nijmegen in 1672, depicted below Louis XIV’s horse.