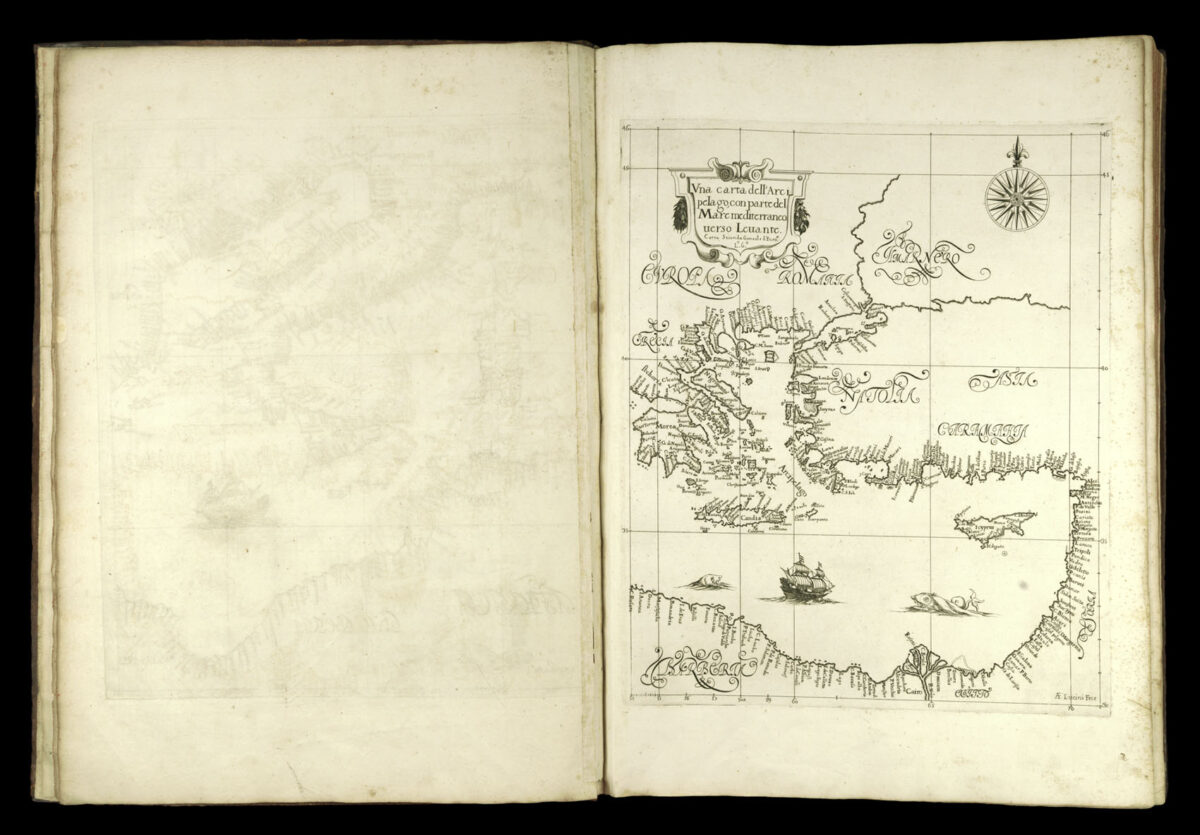 The Levant region of the Mediterranean

The map shows the Levant region of the Mediterranean, covering the countries east of Italy. Turkey is divided into its Roman provinces of Anatolia and Caramahia. Egypt is marked as Barberia, with an accurate depiction of the separation of the Nile into the Damietta and Rosetta branches in the Delta.