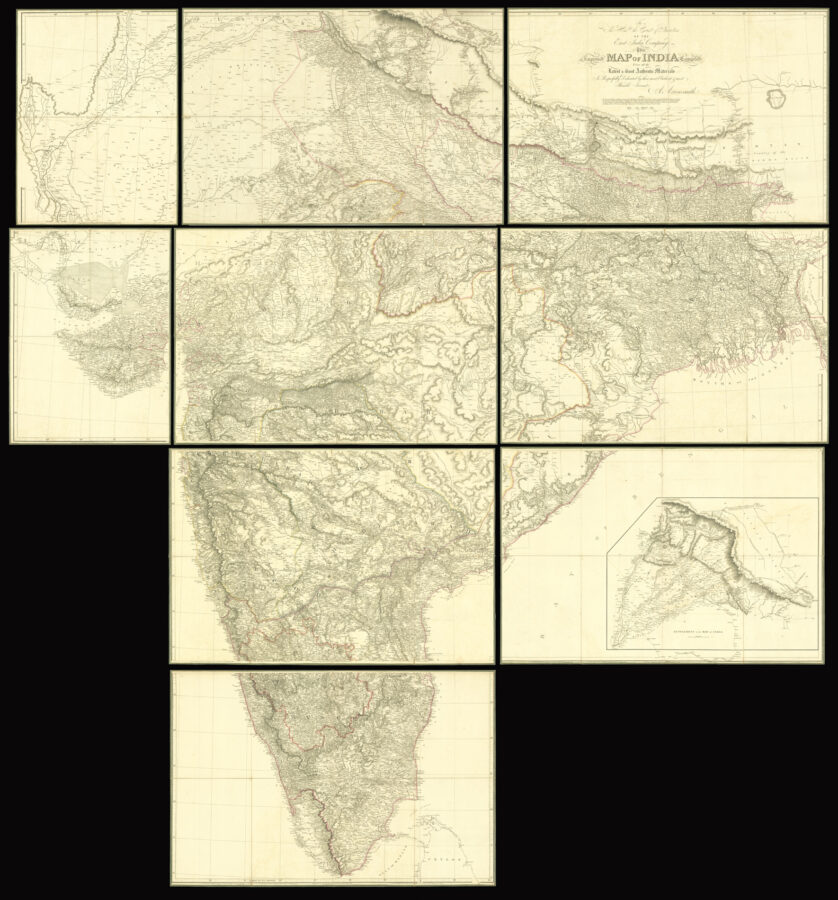 The Largest Map of India Produced before the Trigonometrical Survey

To The Hon[oura]ble the Court Directors of the East India Company This Improved Map of India Compiled from all the Latest & most Authentic Materials Is Respectfully Dedicated by their most Obedient & most Humble Servant A. Arrowsmith.

With the growing influence of the British in India at the end of the eighteenth century, the need for an up-to-date general map of the sub-continent grew. The first Governor-General, Warren Hastings, employed Major Rennell who, in 1779, published his famous Bengal Atlas, followed up in 1788 by his map of India. The map itself was based upon D’Anville’s map of 1752, though enriched by much new material, supplied by the numerous ​“route surveys” carried out by the army.

As these ​“route surveys” began to become more numerous and accurate the need for a new general map of India soon became apparent. In 1816 Aaron Arrowsmith published his Map of India in nine sheets, on a scale of sixteen miles to an inch, which was the last great general map based on route surveys. His subsequent Atlas of South India, published in 1822, was based upon the trigonometrical surveys of Colonel Lambton, filled in by the officers of the Madras Institute. 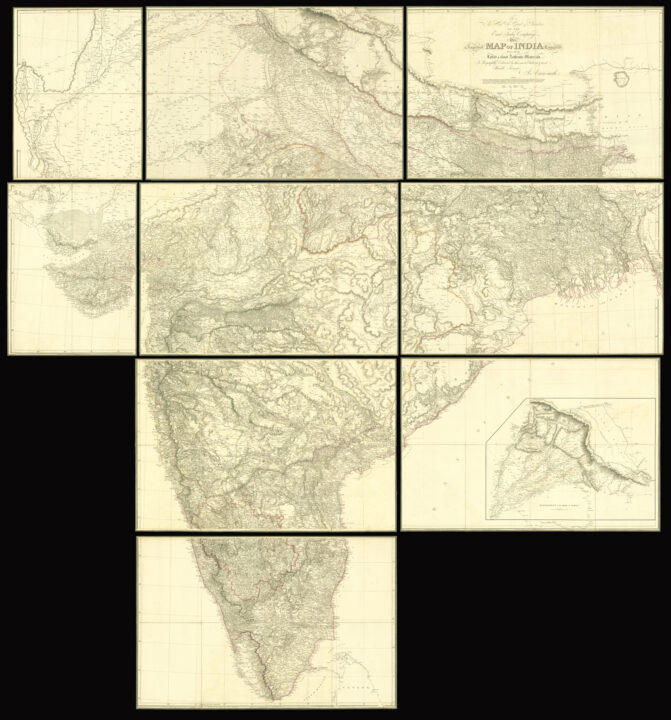