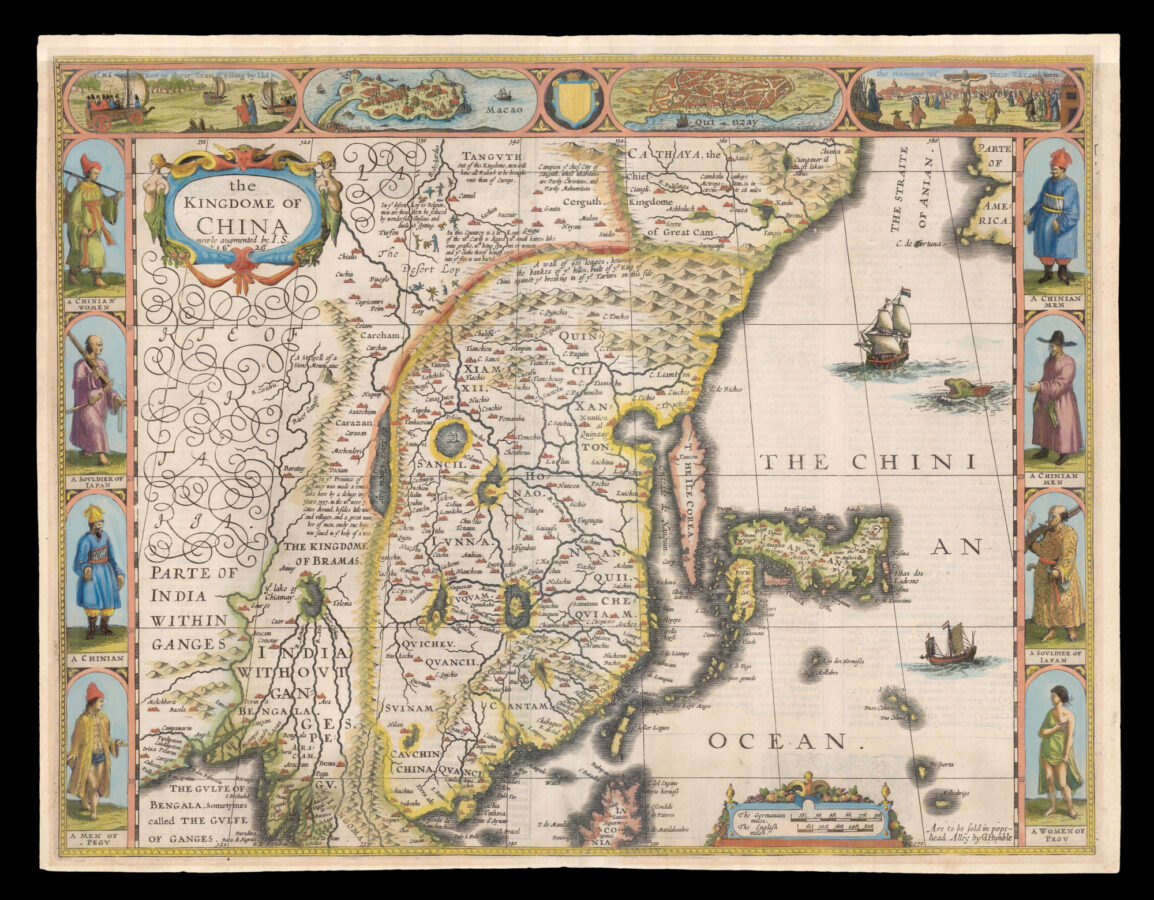 “The Kingdome of China”

the Kingdome of China newly augmented by I.S. 1626

A map of China, also showing Korea and some of the islands of Japan. Korea is shown as a long island and Japan is drawn after Ortelius and Teixeira. The Great Wall of China (“built by ye King of China against ye breaking in of ye Tartars”), marked in green, separates China from the ​‘Desert Lop’ which divides it from Russia. Small diabolical figures in the desert are explained by an inscription which warns that spirits living there seduce humans with ​“illusions and divilish spitting”. The upper border contains views of Macao after Theodor de Bry and Hangzhou, the city described by Marco Polo in his accounts of his travels in China, and scenes of sail-powered land vehicles and a crucifixion. The right and left borders feature inhabitants of the countries shown in native dress, including one of the earliest European depictions of a Japanese soldier.

John Speed (1552–1629) was the outstanding cartographer of his age. His ​‘Theatre of Great Britain’, first published in 1611 or 1612, was the first atlas of Great Britain: Speed prepared the maps himself about two years before they were published. This map is from the ​‘Prospect of the Most Famous Parts of the World’, produced in collaboration with Speed to accompany the ​‘Theatre’ and published in a joint edition by George Humble in 1631. Many of the maps were anglicized versions of works by Dutch makers, who introduced the carte-à-figure style, with borders of figures in local costume and city views. Queen Elizabeth Ist granted him rooms in the Custom House, on the banks of the River Thames in London, to produce his work.

The English text description of China in 1626, is continued on the reverse of the map. 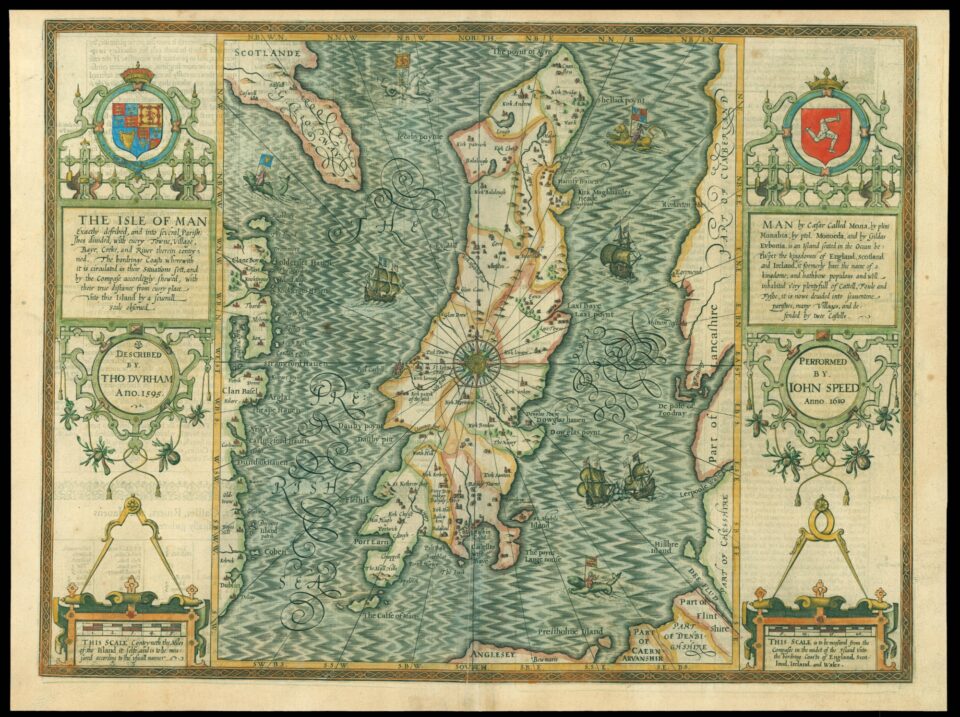 Speed’s map of the Isle of Man

John Speed 1627
The Isle of Man exactly described and into several parishes divided, with every town, village, baye creke and river therein conteyned.