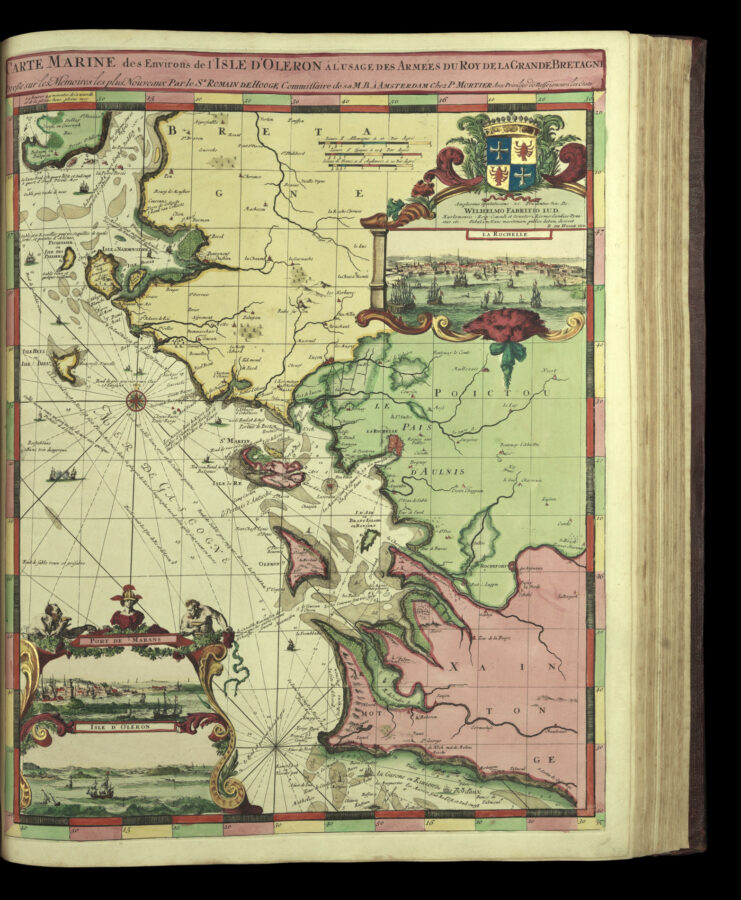 A map of the Isle d’Oleron, with coastal views of La Rochelle, L’Isle de Oleron and Marans.