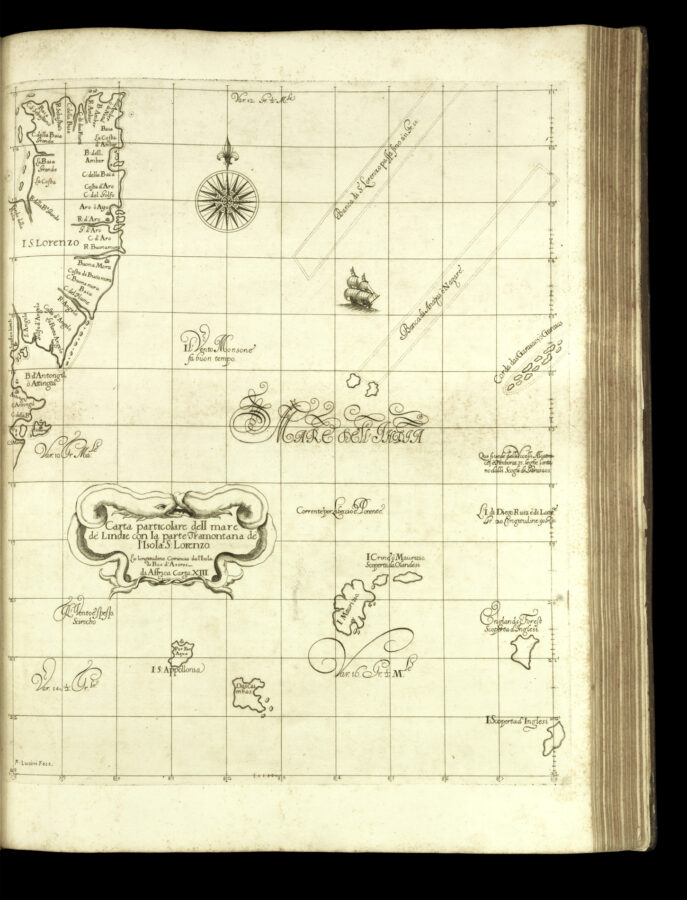 The islands of Mauritius

Map showing the east coast of Madagascar and the islands of Mauritius and Reunion to the east.