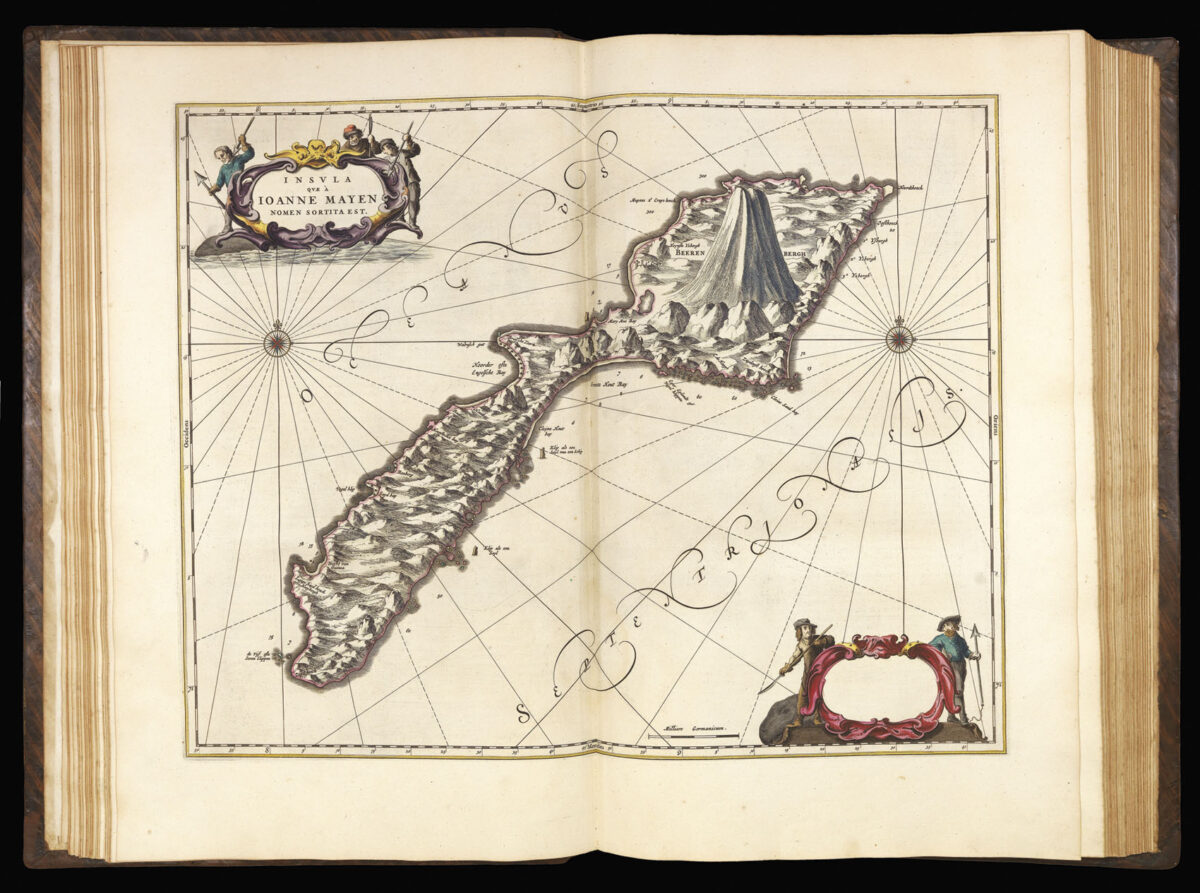 The island of Jan Meyen

Map of Jan Mayen island located in the Arctic Ocean. Part of the Kingdom of Norway.

The volcanic island of Jan Meyen (originally named Maurits Island) first appeared on Willem Jansz Blaeu’s 1620 map of Europe, originally published by Cornelis Doedz in 1606. The island was named ​“Jan Mayen” after captain Jan Jacobszoon May of the Amsterdam-financed Gouden Cath. Blaeu established its current name with the first detailed map of the island in his famous ​“Zeespiegel” atlas of 1623.