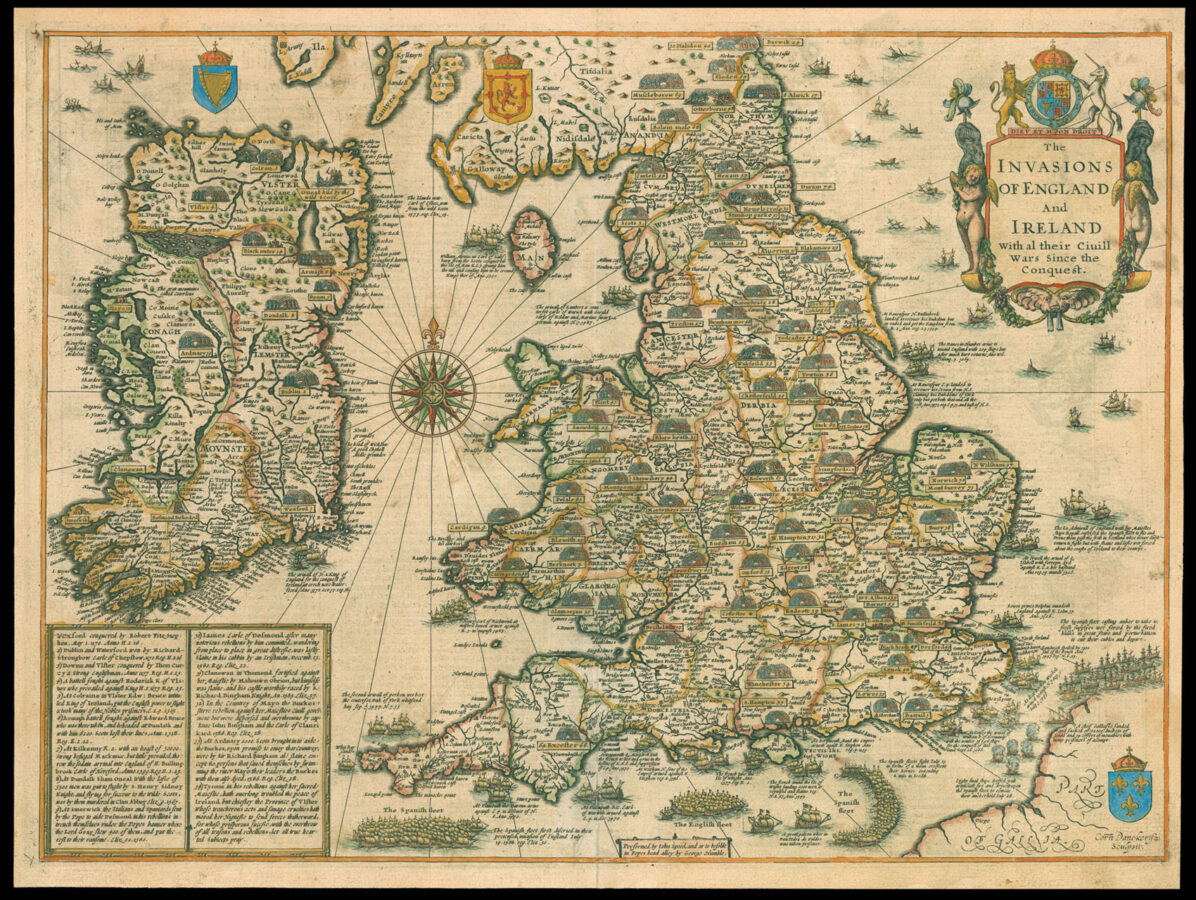 The invasions of England and Ireland up to 1612

The Invasions of England and Ireland with all their civill wars since the conquest.

A map of the United Kingdom noting every time the country has been invaded before the year of the map’s production.