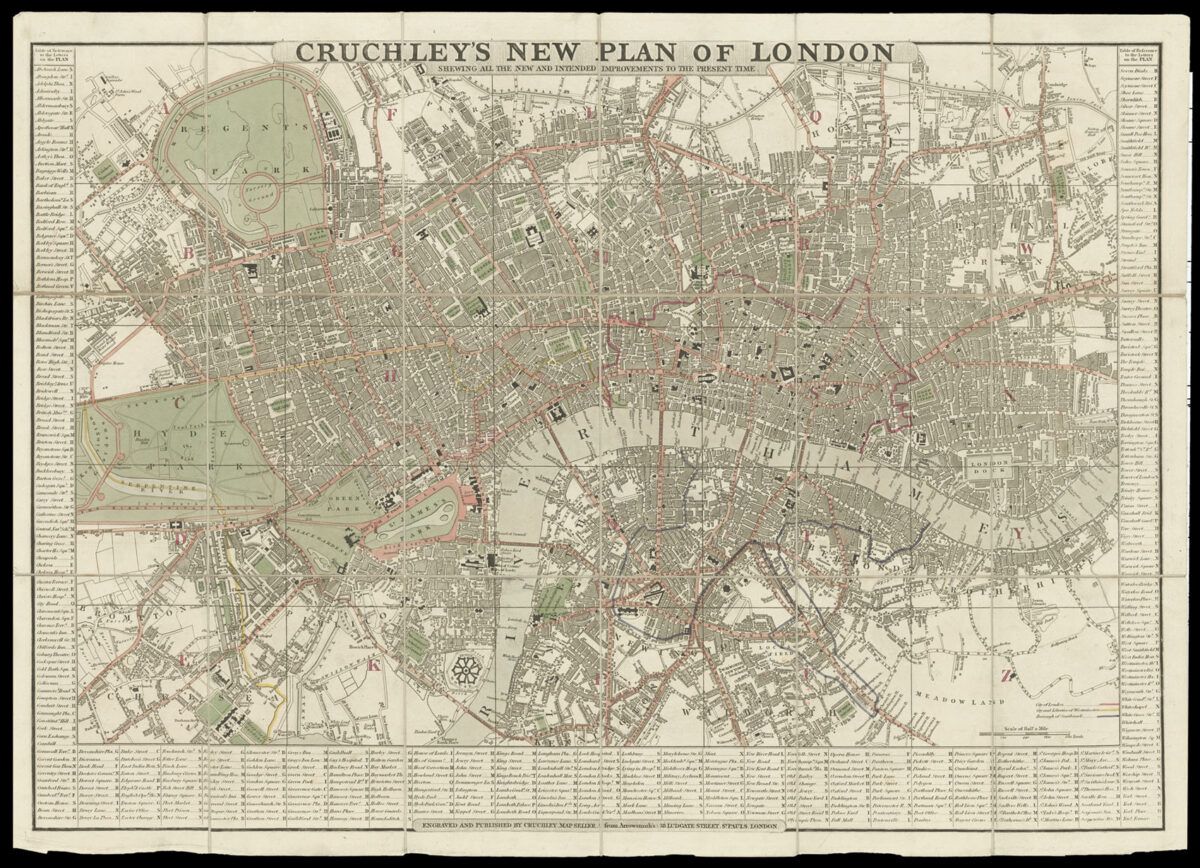 This is the first issue of his London map, which was updated to 1846. The 1826 edition showed the London Docks ​“and the intended New Docks of Saint Catherine’s with all the New Buildings …” (front cover).