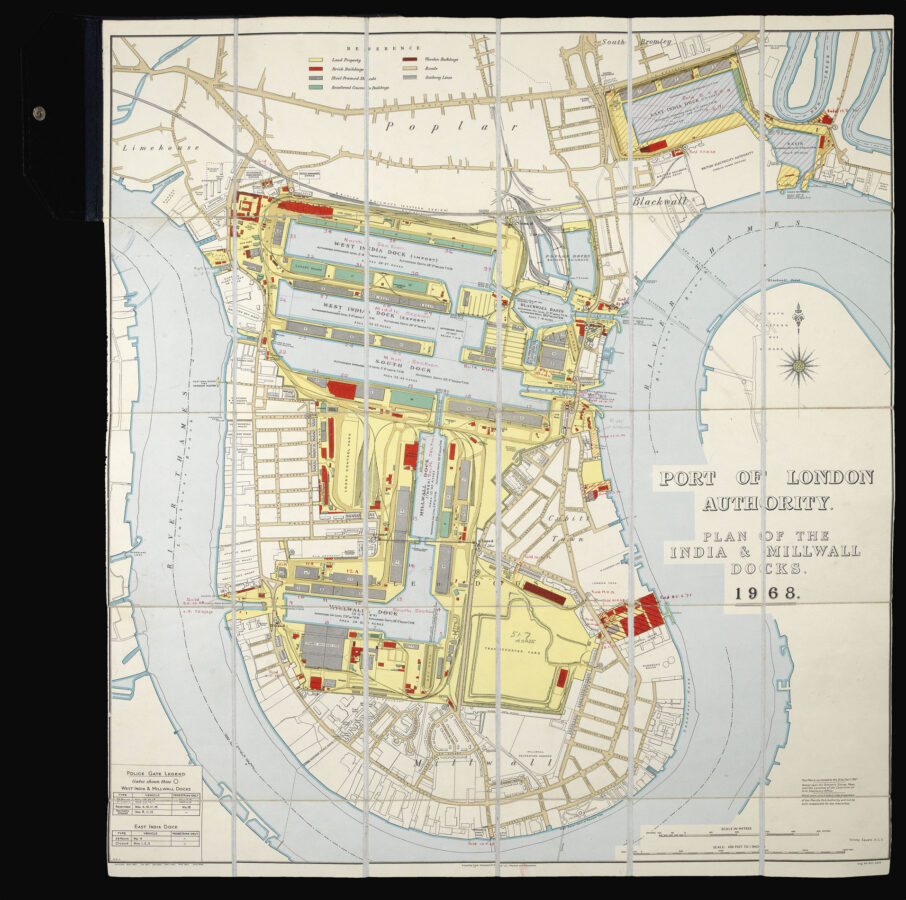 The India and Millwall docks

Plan of the India and Millwall Docks Based upon the Ordnance Survey Maps with the sanction of the Controller of HM Stationery Office.

The West and East India Docks were opened in 1802 and 1803 respectively, after lobbying by merchants and shipowners. The trade with the West and East Indies was seasonal, and it was imperative that cargoes were transferred quickly. Congestion in the Port of London meant that was not the case. They closed in 1980 and 1967 — the process is visible here, as the basin next to the East India Dock has already been filled in, and the chemical and metal works around wharves of the Millwall Docks are no longer present.

Millwall Dock was built in 1868. The waste from the construction of the dock formed an area of wasteland known as Mudchute, now a park; in this map only Millwall Park below it is shown. 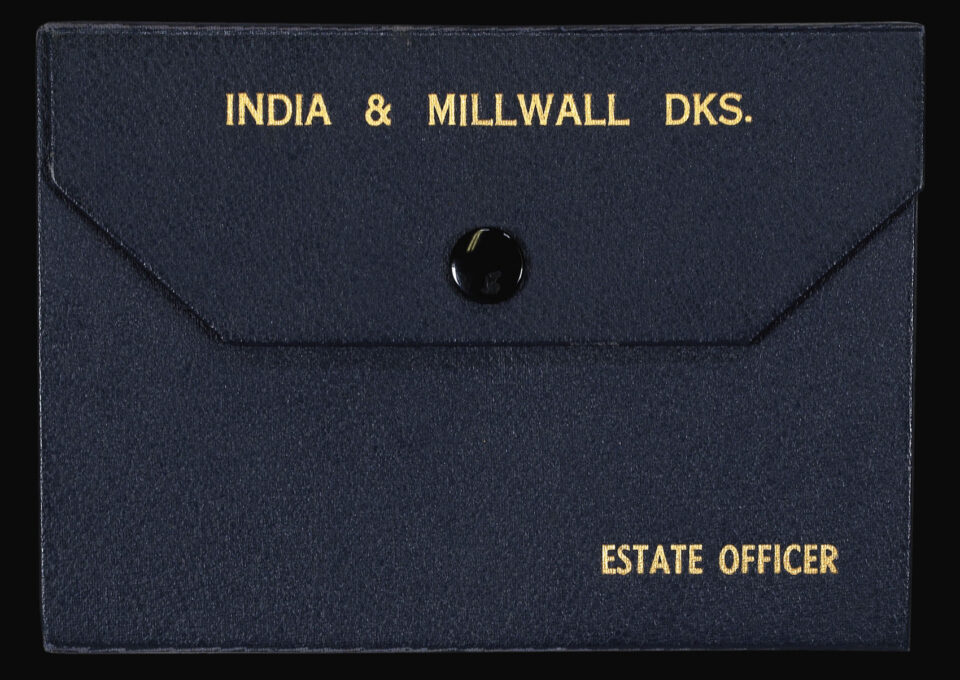