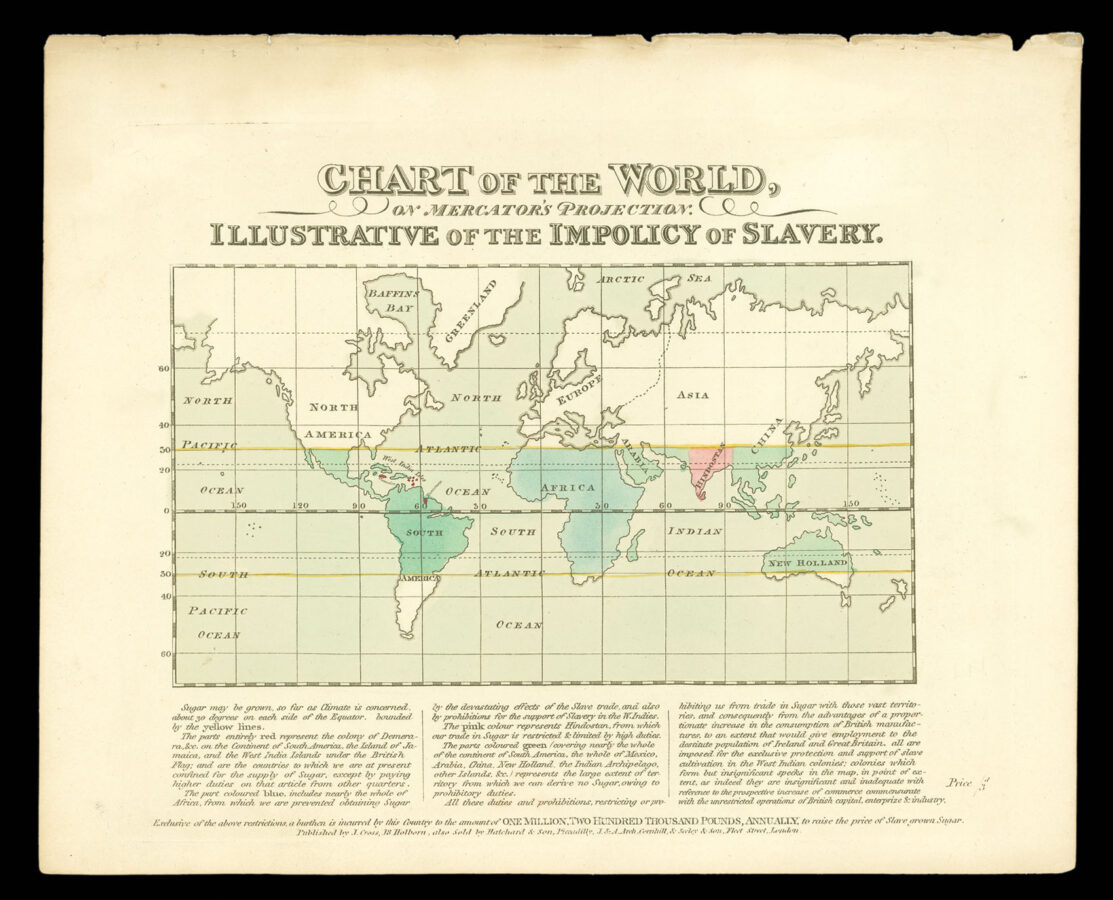 Chart of the World, on Mercator’s Projection. Illustrative of the Impolicy of Slavery.

The map and text set out the economic argument against the slave trade. The argument, often used at the time, highlights the economic burden of duties and restrictive trade – which is said to be £1,200,000 annually — placed upon the British population, who were forced to support the production of ​“Slave grown Sugar”. Two lines are drawn approximately 30º north and south of the equator. It is argued that this marked area is where the climate is suitable for sugar production. Within this area the British sugar plantations in Demerara, and the West Indies are coloured red. To the rest of the area: Africa (blue) is said to be unable to produce sugar due to the deprivations of the trans-Atlantic slave trade; India (pink and named Hindostan) has large duties placed upon its production; as does the rest of the area, which is highlighted in green. The text ends by arguing that the removal of the restrictive duties would lead to a greater market for British goods, and as a result greater employment at home. The argument was often made together with revulsion for the degrading treatment that slaves endured at the hands of their white masters.

Although the present map was separately published — and can be dated due to the Whatman watermark to 1825 — it was also reproduced in the journal, ​‘The Kaleidoscope; Or, Literary and Scientific Mirror’, on Tuesday 29th June 1824. The article entitled, ​“Impolicy of Slavery” had originally been published in the Liverpool Mercury, on October 31st 1823, and set out the economic and human cost of the slave system. The article – this time without the map – would be republished in, ​‘The Oriental Herald’, in February 1828.

The abolition of the slave trade in the British Empire had occurred in 1807; however, it would not be until 1833 that slave ownership itself was banned throughout the empire.