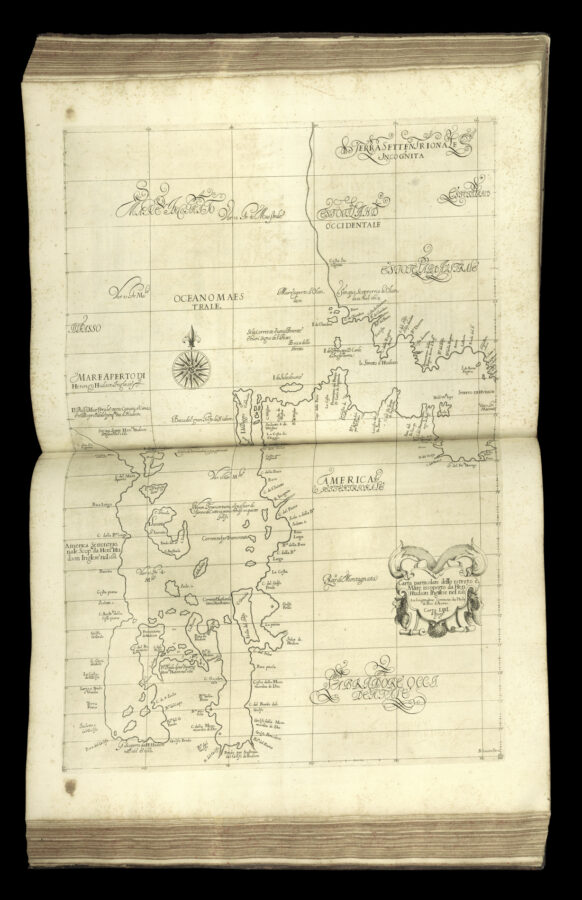 Map showing the Hudson Strait in Canada between Baffin Island and Newfoundland.