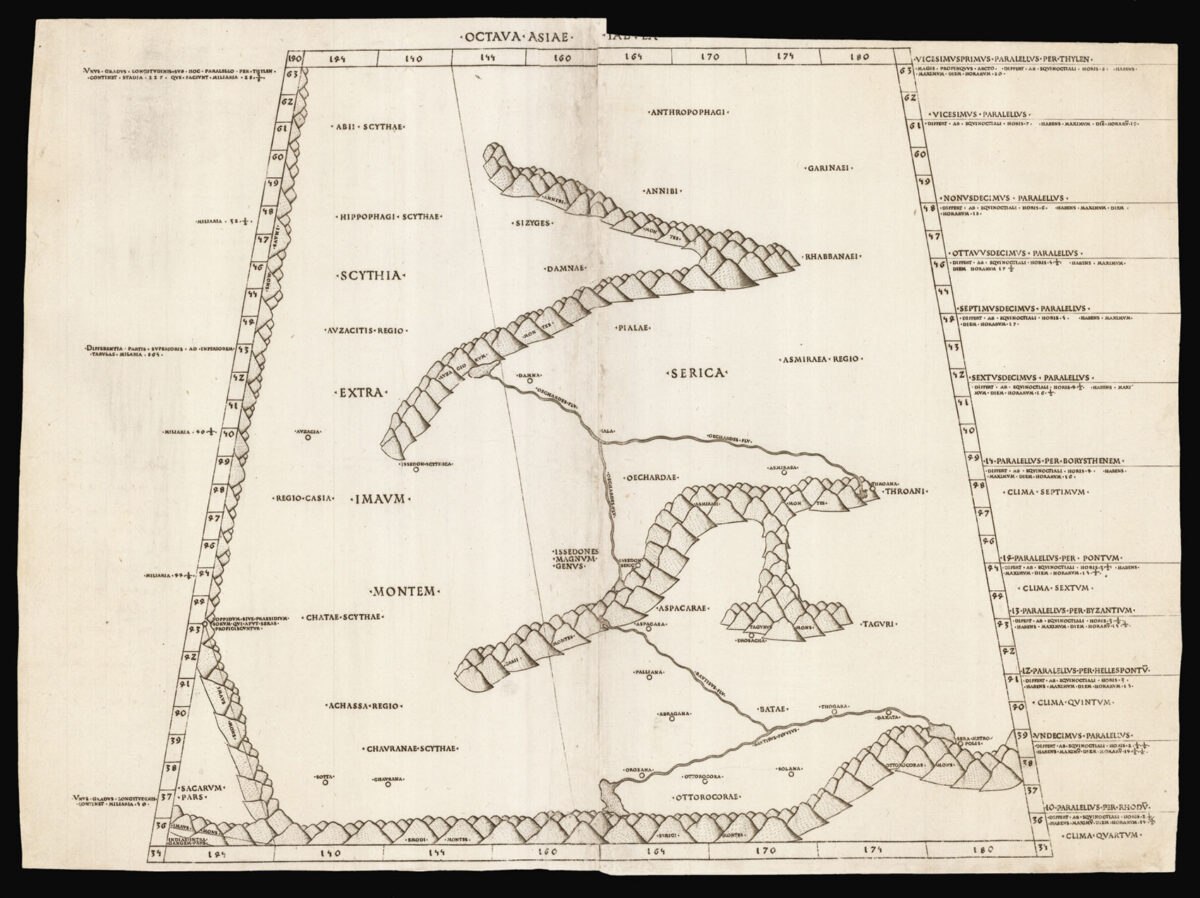 A beautiful map of the ancient Scythian lands in Central Asia, to the east of the Pamir Mountain range, and north of the Himalayas. From the second Rome edition of Ptolemy’s ​‘Geographia’.