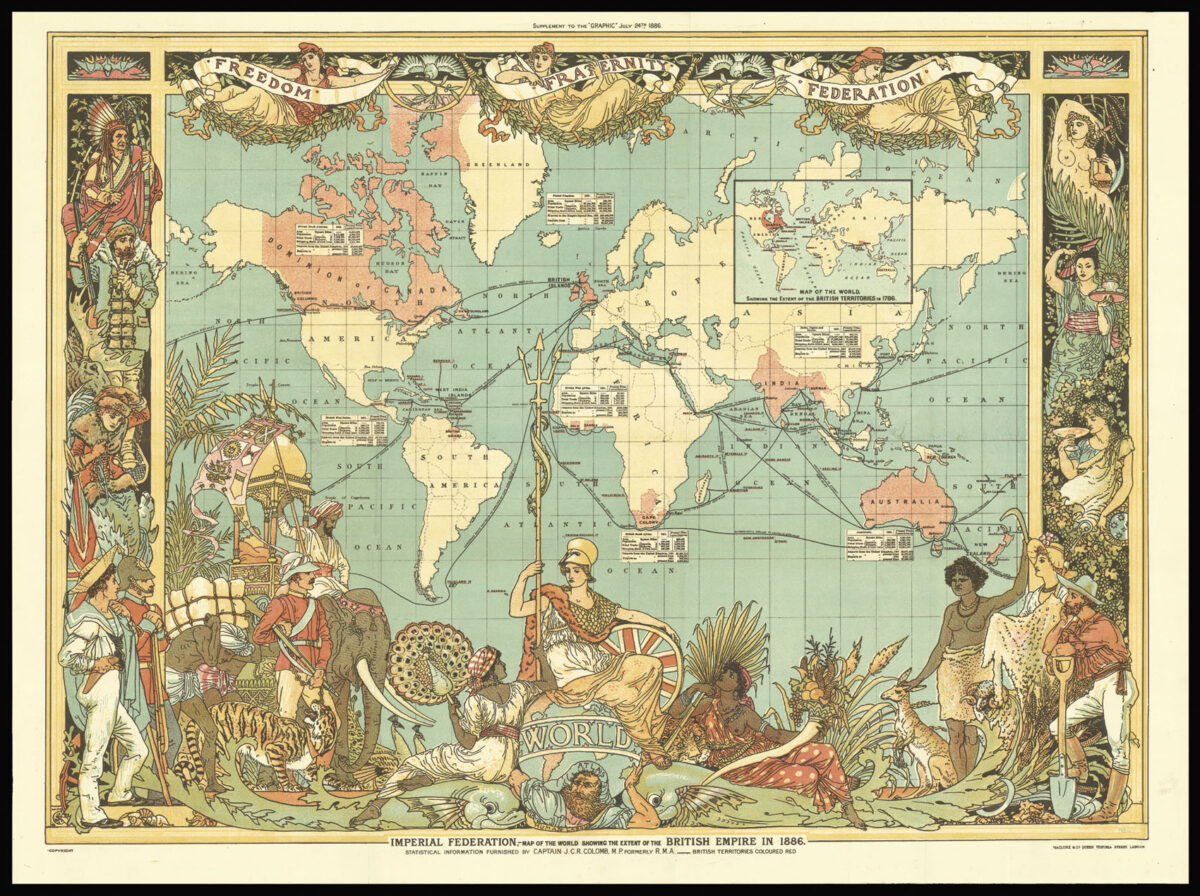 The high watermark of the British Empire

Imperial Federation — Map of the World showing the extent of the British Empire.

Striking pictorial map on Mercator projection centered on the Greenwich Prime Meridian, placing Great Britain just above the map’s central focal point. The work was published as a colour supplement to The ​“Graphic” at the same time as Queen Victoria’s Jubilee of 1886. British Isles, and British colonies spreading out to the east and the west, were highlighted with red, while other geographical areas were left blank with only a minimum number of place names. An inset box was placed near each of the major colonies, listing statistics about geographical area, population, and trade. The words ​“Freedom, Fraternity, Federation,” suggesting a peaceful co-existence within the British Empire, were prominently placed along the map’s top margin, but the remainder of the map’s illustrations imply ​“colonialism.” At the bottom center Britannia is seated on top of the world ruling over her subjects, represented by a variety of animals and costumed figures. India, identified by an elephant and a tiger, appears in the lower left corner, while Australia, including a kangaroo and a sheep, is shown in the lower right.
To the upper right is an inset map dipicting Britain’s colonial possessions in 1786.

The illustrations were drawn by Walter Crane, a prominent illustrator and artist with strong socialist sympathies, perhaps explaining the contradictory themes in the map of imperialism and ​“human labour” holding up the world in the form of Atlas. Crane’s contributions to the map remained unnoticed until the research of Pippa Biltcliffe was published in 2005.