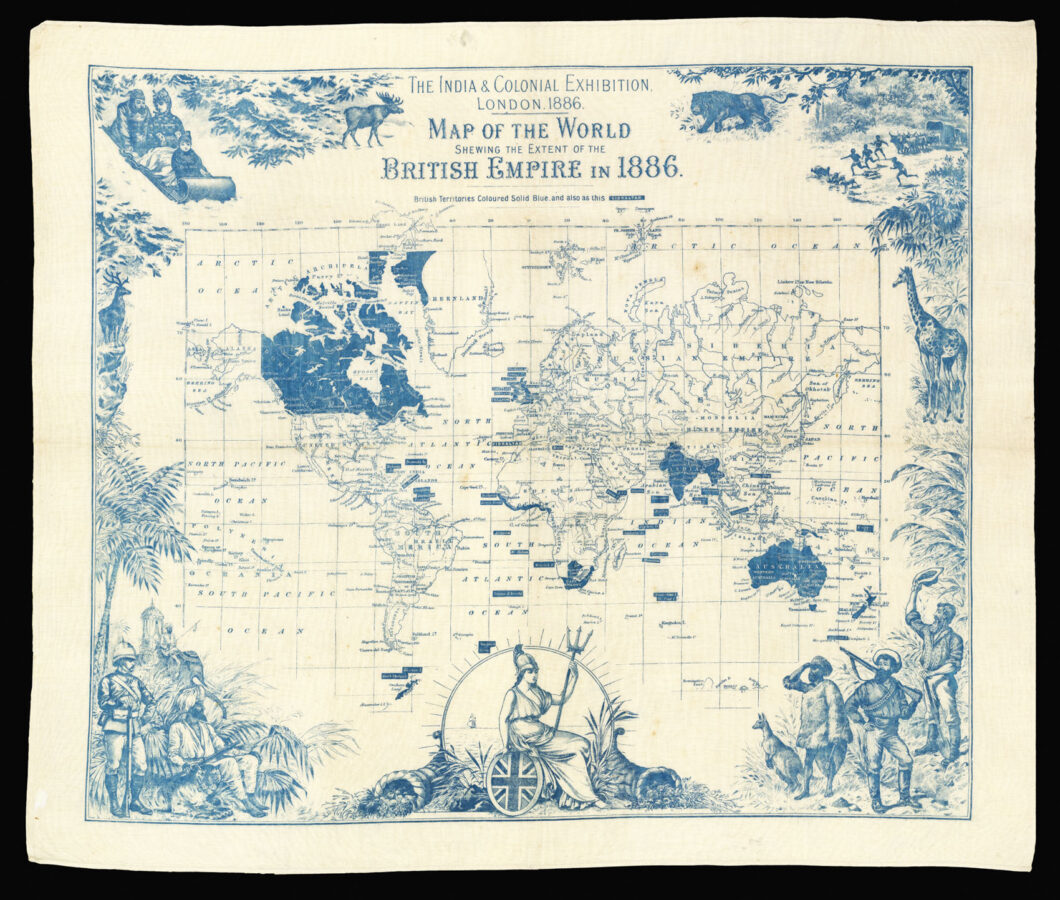 The high-water mark of the British Empire

The India & Colonial Exhibition. 1886. Map of the World shewing the Extent of the British Empire in 1886. British Territories Coloured Solid Blue.

Rare map of the British Empire produced for the India and Colonial Exhibition of 1886.

The India and Colonial Exhibition was held in South Kensington in London, and was — in the words of the then Prince of Wales ​“to stimulate commerce and strengthen the bonds of union now existing in every portion of her Majesty’s Empire”. The exhibition was opened by Queen Victoria, and when it closed had received 5.5 million visitors. As well as the various wares produced in the colonies, the organisers reputedly had several dozen Indians imported from Agra jail, to serve as living exhibits; they were described as artisans, although it appears that they were trained in their crafts as part of the British Empire’s long-term project to ​“reform the criminal castes”.

The British Colonies are named and coloured blue. To the four corners of the map are representations of the British Empire’s most important colonies: Canada; South Africa; India; and Australia. Below centre sits Britannia flanked by cornucopias with the sea, the source of her strength and power in the back ground.

The year 1886, saw somewhat of a vogue for maps of the British Empire, with not only Walter Cranes seminal work, but also the first edition of Howard Vincent’s map.