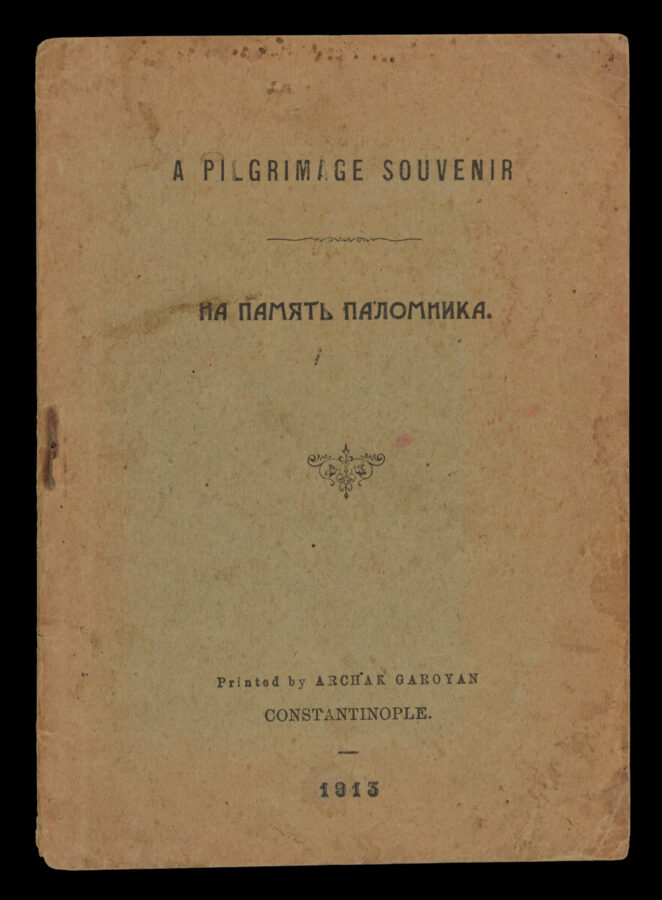 With text in English, Russian and Arabic, this guide for passengers on the Hejaz railway, making the pilgrimage to Al-Madinah, details ticket prices from Haifa and Damascus, station stops, on board accommodation, the cost of meals offered. The accompanying photographs include Haifa station, Haifa bay, the Prophet’s Mosque in Al-Madinah, images of the train and its interiors.

The frontispiece map shows the route of the Hejaz railway, including the Dera’a and Haifa extension.

The Hejaz Railway was a project that aimed to complete a 1,750 km-long fixed link between Damascus and Mecca, the destination of the Hajj, the greatest pilgrimage of the Muslim faith. Ottoman Sultan Abdul Hamid II (reigned 1876–1909) initiated the endeavour in order to solidify his claim to be the Caliph, the Guardian of Islam, by assisting thousands of the faithful to safely make the pilgrimage, while providing the Ottoman Army with a rapid route to the Hejaz, a region that had long chafed under Turkish rule. Additionally, an important branch line was planned to connect the key port of Haifa (Palestine) to the trunk line at Dera’a (Jordan). The project was funded by subscriptions from Muslims worldwide, but was largely reliant upon German engineering and technology. Specifically, Heinrich August Meißner (1862 — 1940), known as ​“Meißner Pasha”, an esteemed German engineer, fluent in Turkish, who already had 16 years’ experience building railways in the Ottoman Empire, was chosen as the chief engineer for the Hejaz Railway. Much of the skilled manpower came from army personnel specifically trained for such advanced tasks by the Prussian Field Marshal Colmar Freiherr von der Goltz (1843 –1916), known as ​“Goltz Pasha”, who served as the Sultan’s chief military advisor, responsible for modernizing the Ottoman Army.

Construction of the Hejaz Railway commenced in 1901 and proceeded down to Dera’a, the key point in what is today Northern Jordan, where the branch line to Haifa was to commence. However, south of that point progress became considerably more challenging. The topography was more extreme, the climate arid and unkind, provisions scarce, while some of the local people were decidedly inhospitable. To the point, water, timber and food was almost impossible to source locally; it was often too hot to work productively during daylight hours; sudden sandstorms could bury the tracks under metres-high drifts; and rail crews were exposed to gangs of bandits.

Rare: no examples recorded in OCLC 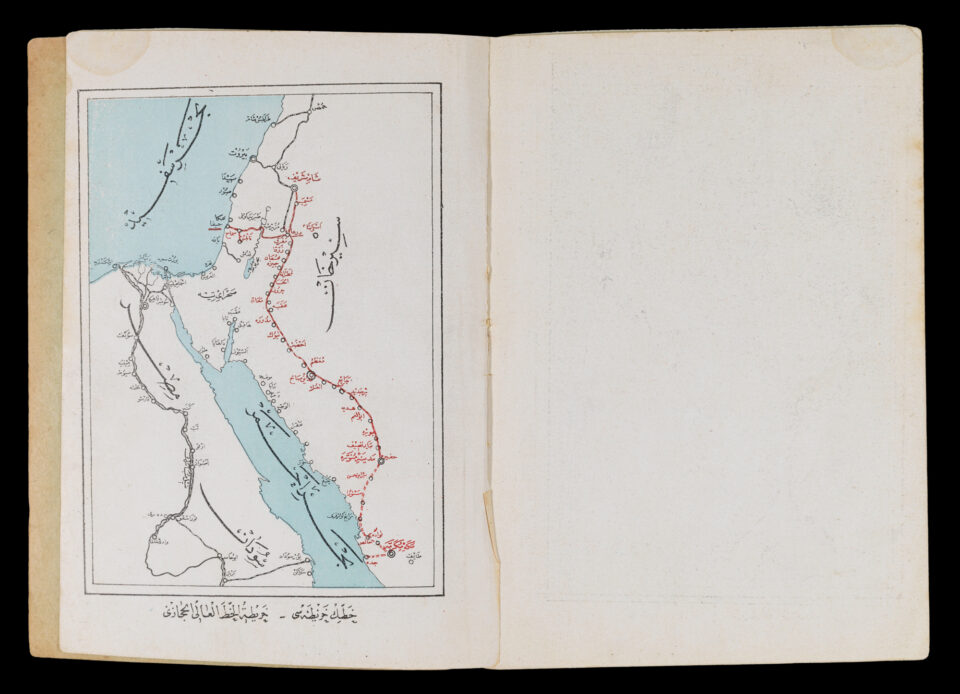 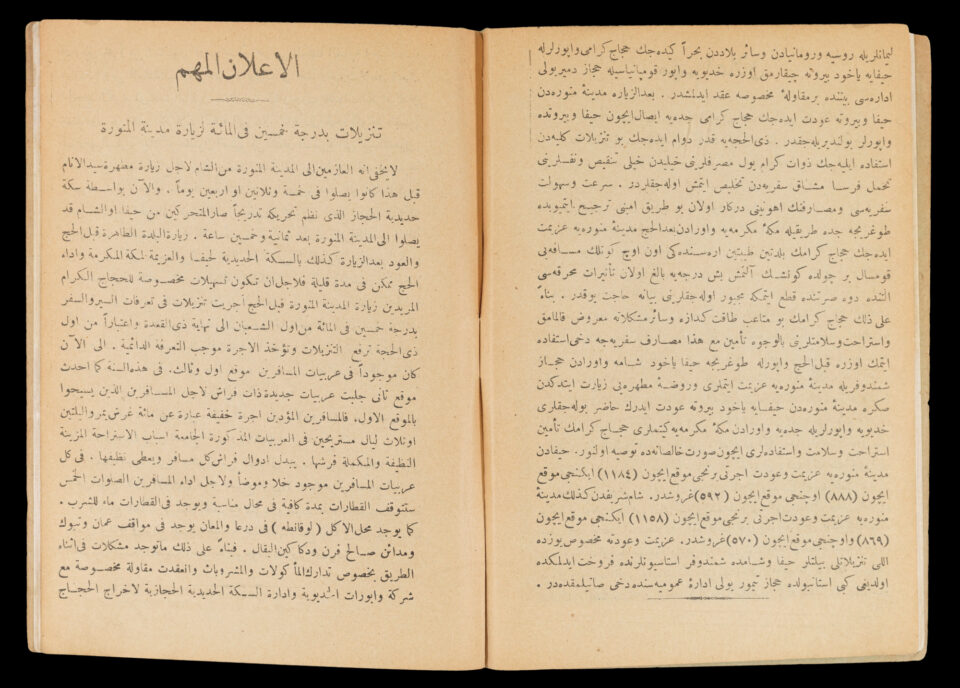