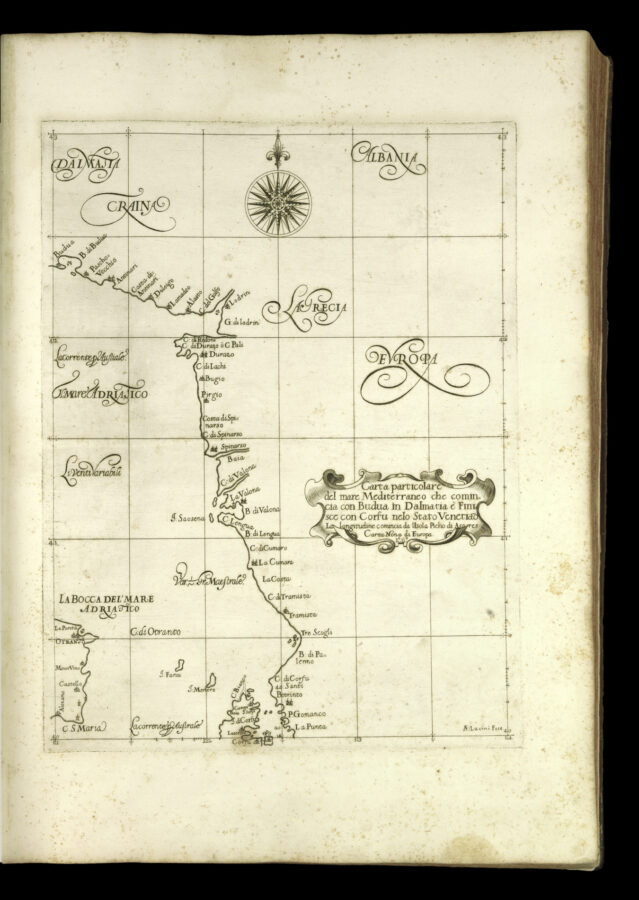 The ​‘heel’ of Italy

The map shows the ​‘heel’ of Italy on the left with the town of the Otranto, and the southern coast of Croatia. The northern half of the island of Corfu appears at the lower edge.