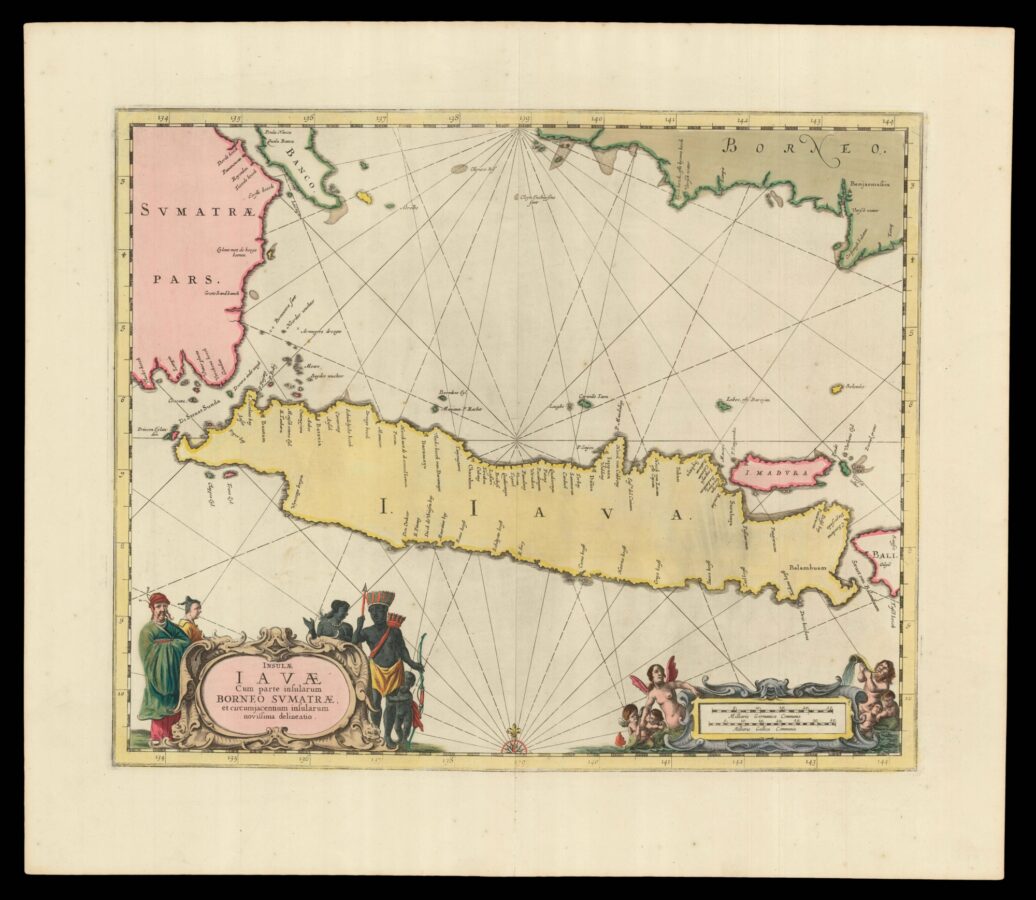 The heart of VOC territory in Southeast Asia

Chart of the island of Java with parts of Sumatra, Borneo and Bali. The chart highlights coastal details and shows the Dutch capital in the East Indies at Batavia (Jakarta).

First published in the 1657 edition of Janssonius’s sea-atlas of the world, ​‘Waterwereld’, volume five of his ​‘Novus Atlas’. The first, 1650 issue, includes a chart of the Indian Ocean, the Gulf of the Ganges, and the Pacific Ocean. An expanded edition, seven years later, included charts of Java, as here, Sumatra, and Borneo. The chart shows ​“improvement in detail, but not in the island’s location, which is representative of the disparity between published Dutch charts and the knowledge of Dutch pilots… Jansson placed the westernmost tip of Java at 134 degrees east of the Cape Verde Islands, which is about 5 degrees further east than its true position, depending on precisely what point in the Cape Verdes was imagined as prime” (Suarez).

The VOC and its subsidiaries were the first joint stock companies in history, and the forerunners of modern corporations; eventually giving rise to a multi-national global empire, where money, and the ability to manipulate and move it, becomes the principal resource and driving force.

For nearly one hundred years, after Vasco da Gama discovered a sea route to India in 1499, the Portuguese and the Spanish were dominant in the eastern and western hemispheres respectively. This dominance was aided by a policy of extreme cartographic secrecy by both crowns, and returning ships were required to surrender both their charts and information on any discoveries made. All charts were state property, and illegal use or copying was punishable by death. However, smuggling often took place, and piracy by both English and Dutch vessels meant that, eventually, the routes to both the​“Old”, or East, and​“New”, or West, Indies became available to northern Europe. Using this purloined information, the British East India Company – EIC- and Dutch Vereenigde Oostindische Compagnie –VOC — were established — in 1600 and 1602 respectively — to cash in on the lucrative trade in nutmeg, pepper, cinnamon, cloves, and other spices.

These monopolistic giants continued the tradition of jealously guarding the secret charts that laid the path to the source of their immense wealth and power. Both organisations employed teams of chartmakers or hydrographers to record the most up-to-date navigational information for speedy distribution in order to obtain commercial advantage with the quickest routes to the most profitable markets. The principal vector for this information was the​“pascaert”.

The publication of these pascaerts proudly makes proprietary information inviting and accessible to a new investor class. In joining the chase around the globe for a nutmeg, one of the smallest countries in the world created a vast empire by applying the principle of capital investment to their ventures, eventually driving the Spanish, the Portuguese, and even the English from the East Indies. 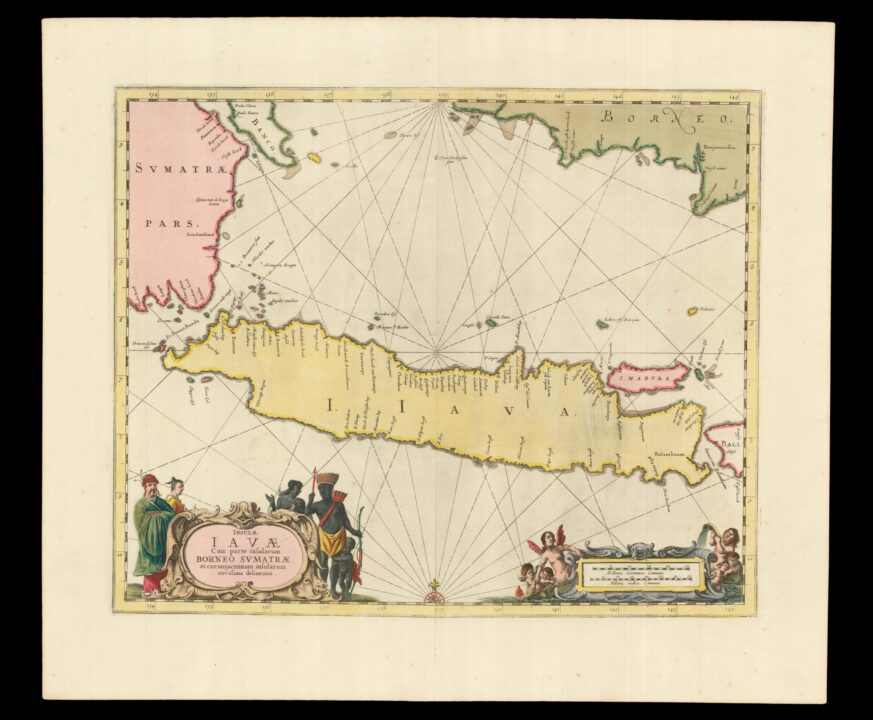