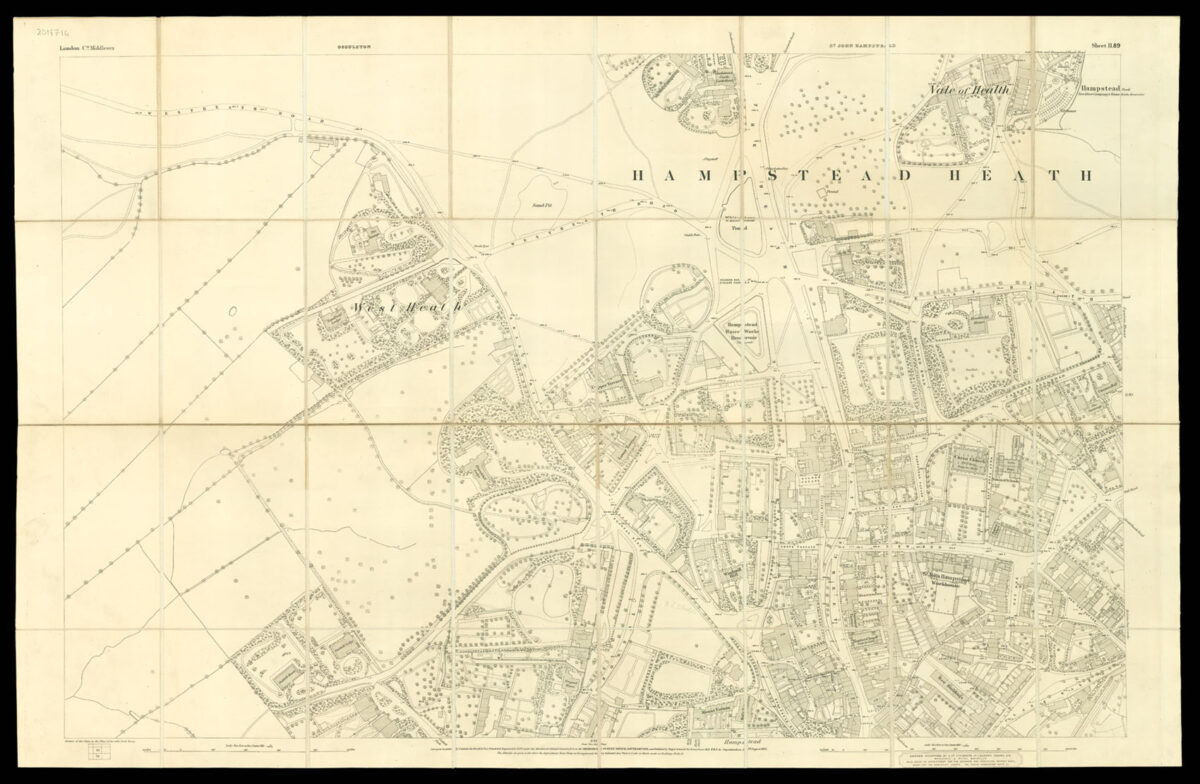 The haven of the Romantic poets

A map of Hampstead taken from OS London Middlesex II.89. It shows the large expanse of the Heath, which had become an important public asset for Londoners over the preceding decades. The advent of the Hampstead Junction Railway in 1860 made the area more accessible from central London, and the Heath provided a much needed open space for inhabitants of the East End. In the year this map was published, the Bank Holidays Act was passed and several other London fairs were closed down, which only increased the area’s popularity. The map also shows the ​‘Vale of Health’. This name is first recorded in 1801, and in the early nineteenth century it was home to the circle of the writer James Leigh Hunt, who extolled the virtues of the Heath and the clean air, establishing Hampstead’s literary tradition. Byron and Shelley were meant to have shared a cottage nearby, and Keats stayed with Hunt while battling tuberculosis.

Although the map comes in a case from the firm of James Wyld, it carries the information of the firm of Edward Stanford at the lower edge. Stanford was the agent for all large-scale Ordnance Survey maps at the time.

Rare: no copies recorded by OCLC 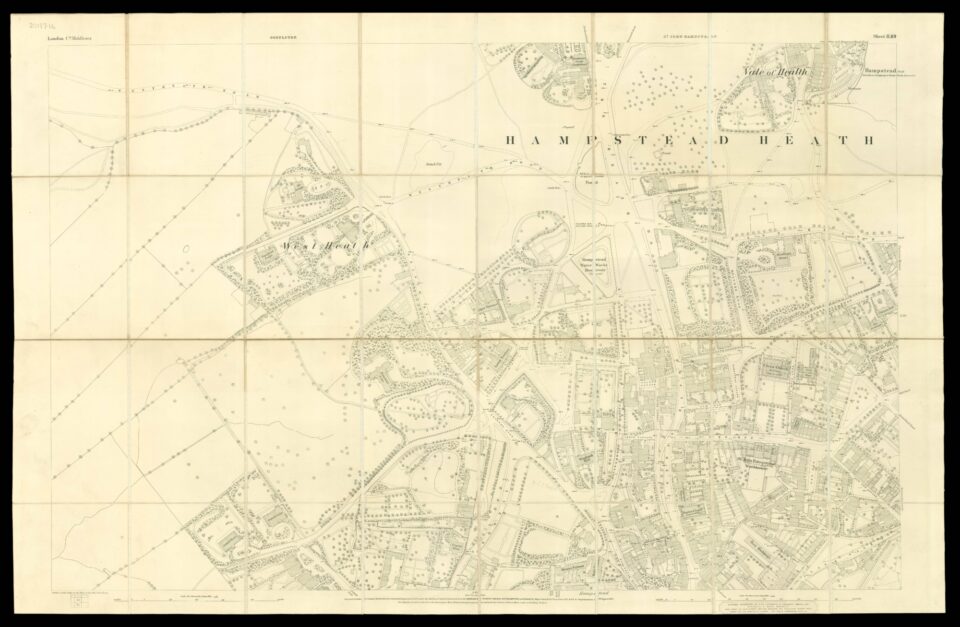