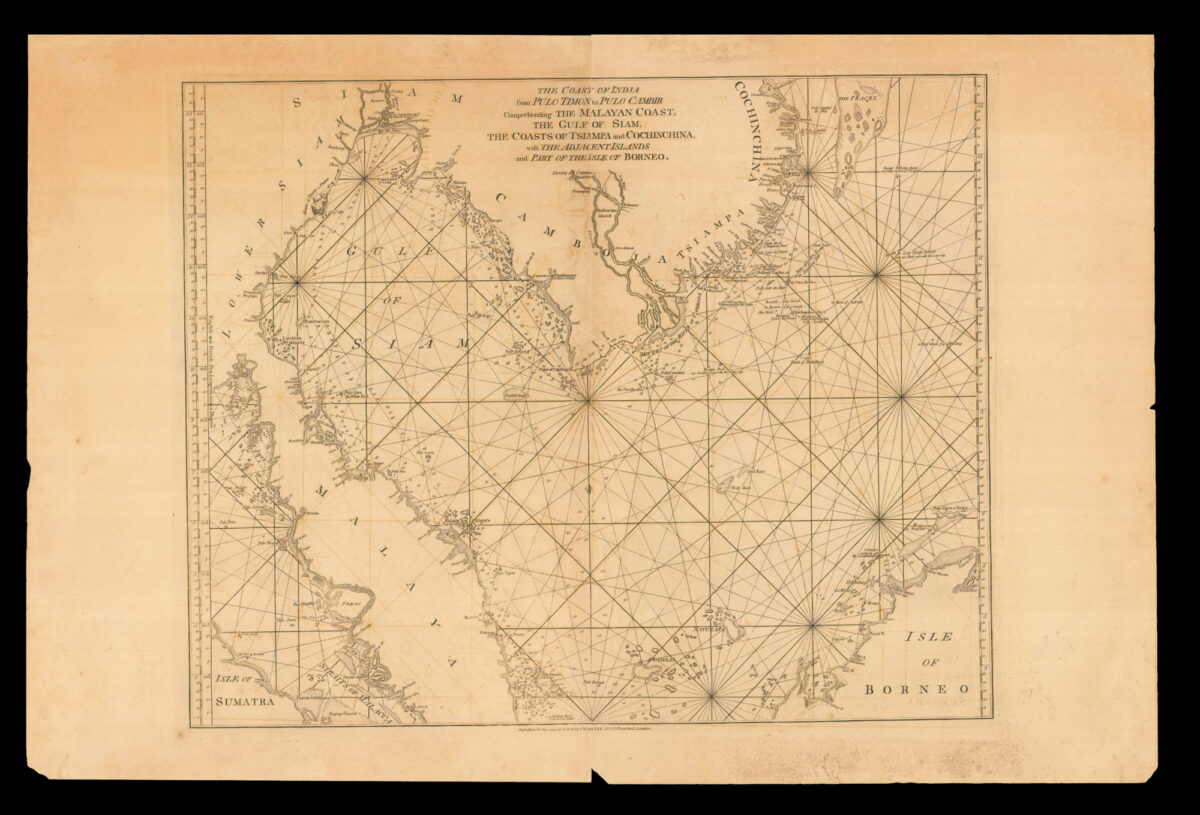 The Gulf of Thailand

The Coast of India from Pulo Timon to Pulo Cambir Comprehending the Malayan Coast, The Gulf of Siam, The Coasts of Tsiampa and Cochinchina, with the Adjacent Islands and Part of the Isle of Borneo

From an early edition of Laurie & Whittle’s rare ​‘East India Pilot’, and one of the first charts published after their purchase of Robert’s Sayer’s business. Based on Robert Sayer’s chart of the same title from 1775. The chart covers the Gulf of Thailand; most of the Malay Peninsula, as far as Pulo Timon on the east coast, and Malacca on the southwest coast; Cambodia north up the Mekong River; Cochinchina; adjacent islands and part of Borneo 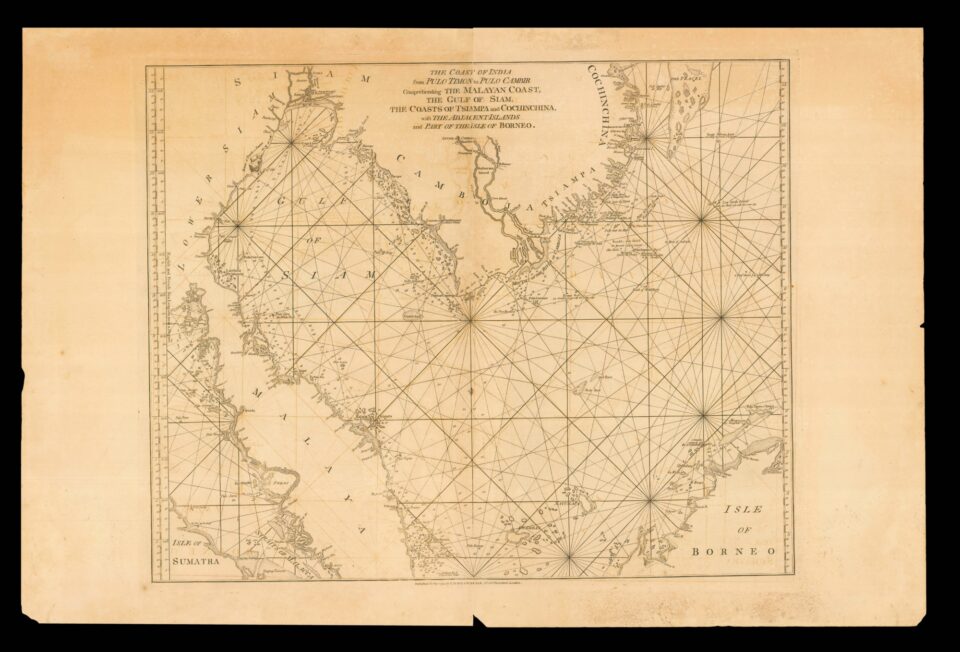 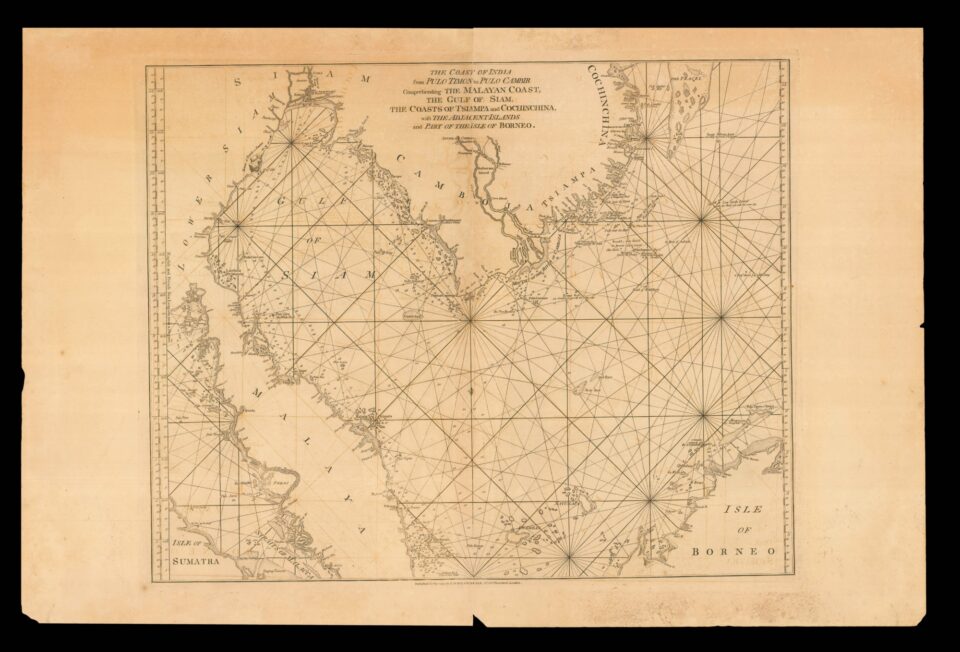