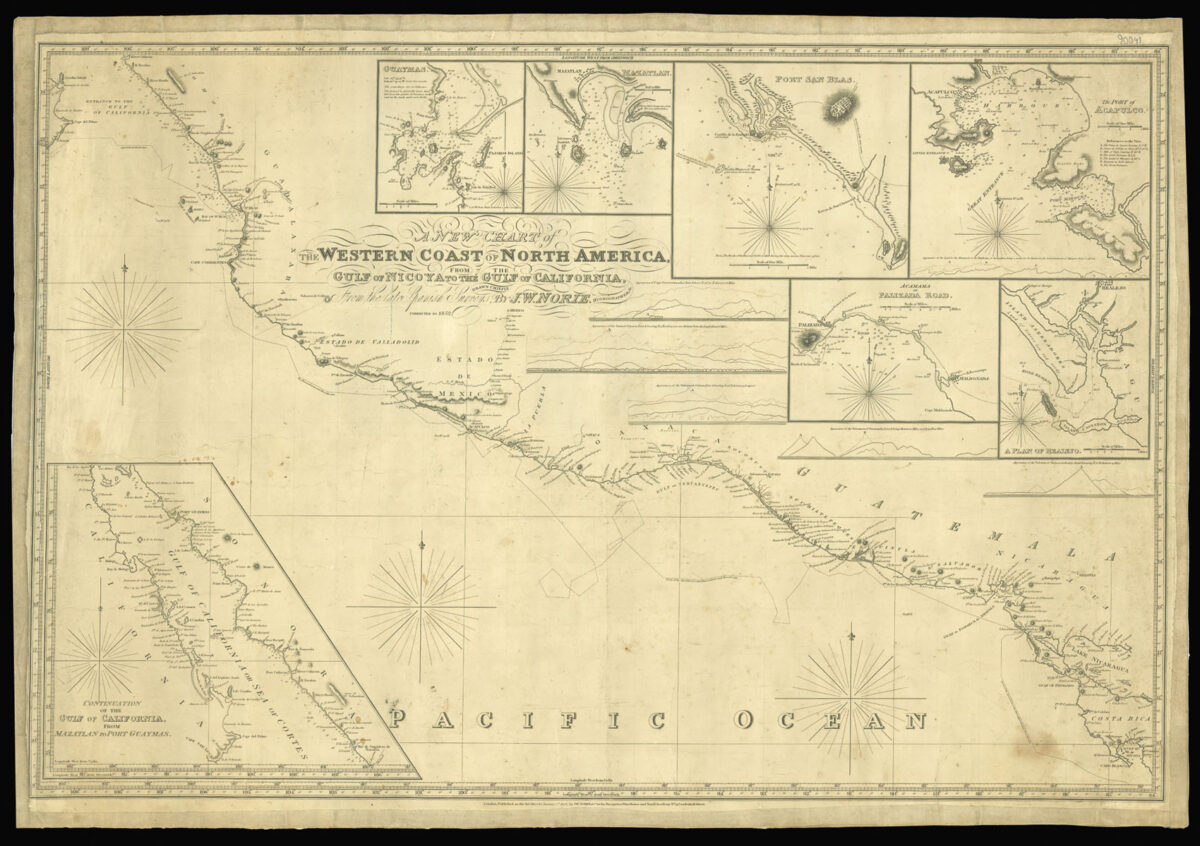 The Gulf of California to Costa Rica

A New Chart of the Western Coast of North America From the Gulf of Nicoya to the Gulf of California, drwan chiefly from the late Spanish Surveys by J.W. Norie Hydrographer, Corrected to 1852.

Detailed chart of the West coast of Central America, from the Gulf of Caiifornia to Costa Rica. The only tack marked upon the chart is that of the Spanish Corvettes ​‘Descubierta’ and ​‘Atrevida’. The ships had been built for the Malaspina Expedition (1789–1794). The expedition was intended as a purely scientific endeavour, in much the same vein as the voyages of Cook, and La Perouse.